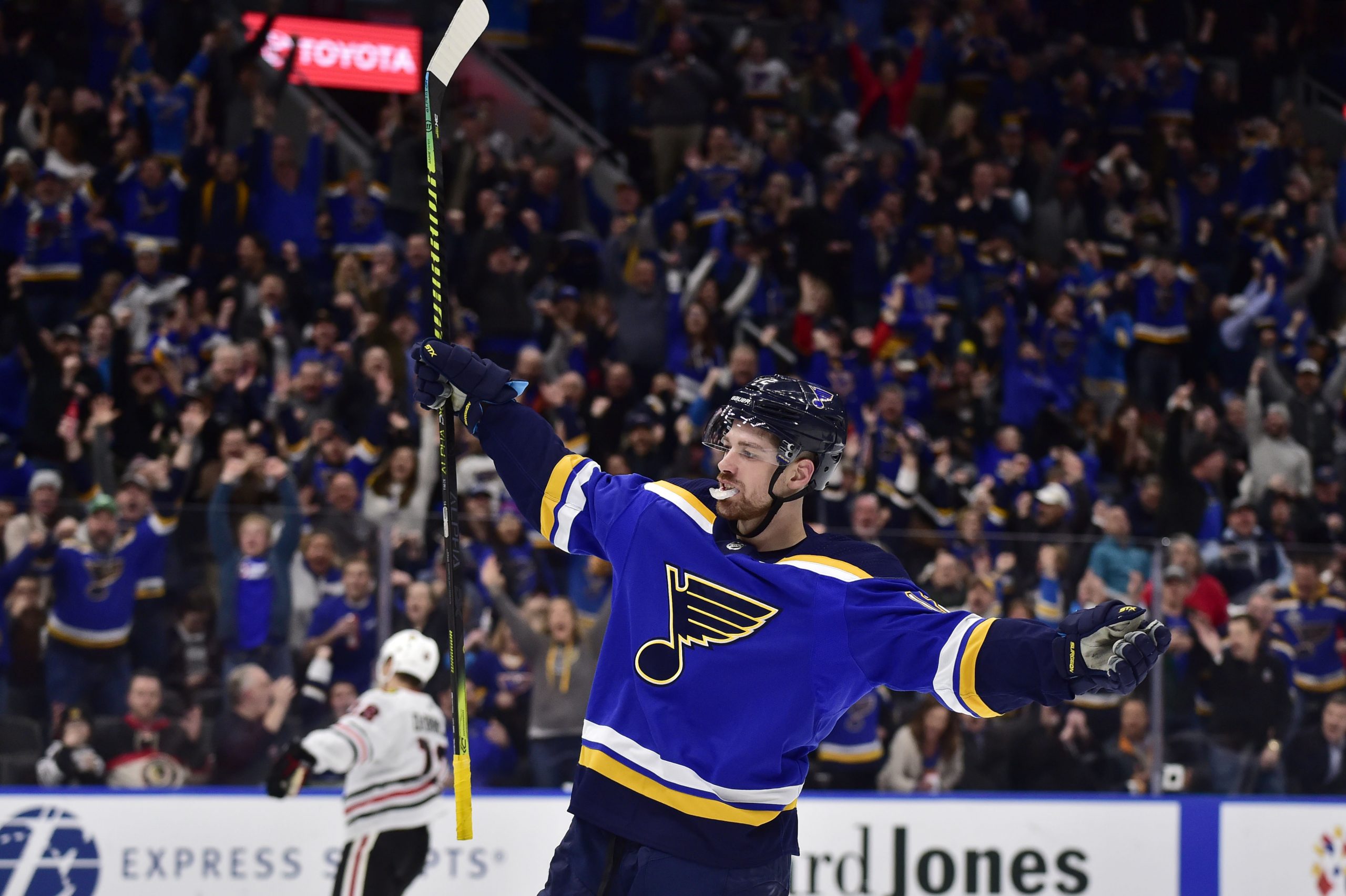 The Ottawa Senators and St. Louis Blues were involved in an intriguing National Hockey League trade on Saturday. The Senators dealt center Logan Brown of Raleigh, NC and a conditional fourth round draft pick in the 2022 National Hockey League Entry Draft to the Blues for left winger Zach Sanford of Salem, Massachusetts according to Rogers Sportsnet.

The conditional draft pick is dependent one the number of games Brown plays with the Blues. If he plays 30 games, the Senators do not need to give the Blues a fourth round draft pick.

Brown only played one game last season for the Senators. That is because he spent the majority of the season with the Senators’ minor league affiliate in Belleville. In nine minutes and 40 seconds of ice time for the Senators in a 4-3 Ottawa win over the Toronto Maple Leafs on May 12, 2021, Brown took one minor penalty for slashing in the second period.

Brown had one goal and eight assists for nine points in 30 games with the Senators from 2017-2021. His lone career NHL goal came in a 4-1 Senators win over the New York Rangers on November 22, 2019. Brown scored the game-winning goal on the power-play at 6:32 of the first period from Jean- Gabriel Pageau of Ottawa, Ontario, which put the Senators up 2-0 at the time.

It is safe to say that Brown has not lived up to expectations in Ottawa. He was initially their first round pick, 11th overall, in the 2016 NHL Entry Draft.  The Senators selected Brown over Charlie McAvoy, Alex DeBrincat, Carter Hart, Filip Hronek, Adam Fox, and Jesper Bratt.

Sanford will be joining his third NHL team. In addition to four seasons with the St. Louis Blues, Sanford has also played one season with the Washington Capitals. In 2020-21, he had 10 goals and six assists for 16 points in 52 games. He was a -13 with 25 penalty minutes, three power-play points, two shorthanded points, three game-winning goals, 67 shots on goal, 28 faceoff wins, 44 blocked shots, 69 hits, 12 takeaways, and 11 giveaways.