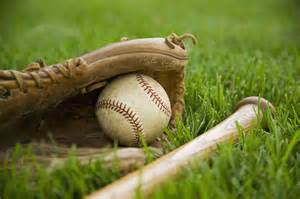 After two consecutive underperforming and very dull seasons in 2015 and 2016, the San Francisco Giants braintrust called a press conference last week to do some explaining.

ing Office Larry Baer, team President Brian Sabean, and General Manager Bobby Evans didn’t so much explain what happened as much as they praised each other for a job well done.

To paraphrase former President George Bush after the 2005 Hurricane Katrina disaster, “Heck of a job Brownies….”

It’s one thing for an MLB franchise to not perform well for two years, but when that franchise has a previous history of success and then tanks, perhaps someone should be excused from the table.

Except in Giantsland, where no heads roll when mistakes are made because that would suggest something went wrong. So nothing changes.

As for spending money, this is an organization with virtually unlimited financial resources.

The 2016 Forbes 400 List provides two key measures that illustrate the breathtaking wealth of the San Francisco Giants and their ownership group.

The San Francisco Giants are ranked as the 4th most valuable Major League Baseball franchise in 2016:

And then there’s this: the team’s multi-billion dollar ownership group.

Not only is Giants principal owner Charles Johnson the 105th richest person in America (at $5 billion), he is the second richest MLB owner (John Malone at $7.2 billion owns a lot of stuff, including the Atlanta Braves).

And if Charles Johnson’s $5 billion isn’t enough, the Giants also have twenty-five or so other multi-millionaires in their ownership group.

So here’s my favorite way to understand exactly how much the Giants ownership group is worth: they could purchase both the New York Yankees and the Los Angeles Dodgers organizations by next Wednesday (if those teams happened to be for sale).

Back to the Giants self-congratulatory press conference.

After talking about what a good team they have, though grudgingly acknowledging the need for a couple of changes, the Giants braintrust took a giant leap. Back to the 1990s.

“We’ve got to do everything we can to be clear on who is finishing our games.”

I totally agree. I am fed up with random pitchers strolling out to the mound in the 9th inning to finish games. Let’s demand that they give us their names so we know exactly who these people are.

And then Evans made a remarkable commitment, which should reassure loyal Giants fans everywhere: “We will explore every opportunity to make sure no 9th inning goes unstaffed.”

It is good to know that whenever a 9th inning pops up in 2017 (as they frequently will), the Giants will make sure someone is actually assigned to staff the mound. ng was Evans’ out-of-touch, old school assessment of the modern roll of bullpens and closers.

At a time when the cutting edge of baseball innovation is redefining the role of relief pitchers and closers, the Giants are happily embracing 1990s-style baseball.

“The bullpen performs at a much higher level,” stated Evans, “when you know who the ninth-inning guy is. It puts everybody at ease. It helps Boch as he defines roles. Ambiguity creates tension and unknowns that can … detract to performance and ultimately lead to struggles.”

Giants team President Brian Sabean, and his under-commissar Bobby Evans, have lived in ambiguity and unknowns for decades. Ever careful of saying too much, their convoluted statements sound like Soviet cold war proclamations from the 1950s.

The notion that the 9th inning of every baseball game is the most important moment of the game is increasingly recognized as artifice.

Anyone who frequently watches baseball knows the turning point of a game can happen in the 6th inning, or the 4th inning, or in the 7th inning. Yet since the late 1980s it has become baseball constitutional law that every team must have a 9th inning closer to “save” the game.

Forward-looking teams are moving away from artificially deciding that your best pitcher is only used in the 9th inning and then only if you have a lead.

Like all sea changes in the game, this “bullpen revolution” is slow moving but examples and results are right in front of us:

We’ve also seen the absurdity of sticking to that traditional 1990s formula.

In the 2016 American League Wild Card game between Baltimore and Toronto, Orioles Manager Buck Showalter’s strongest weapon was Zach Britton, not only the best pitcher in the American League but a possible Cy Young Award winner.

As the sudden death game went into extra innings, the Blue Jays put runners at first and third with one out in the bottom of the 11th inning. Showalter did not bring Britton into the game because it was not a “save” situation.

Toronto proceeded to blast their way into the ALDS with Zach Britton watching from the bullpen bench.

In San Francisco there’s one thing we can count on: whenever Major League Baseball analytical thinking moves forward, the Giants will be ready to take three steps back.