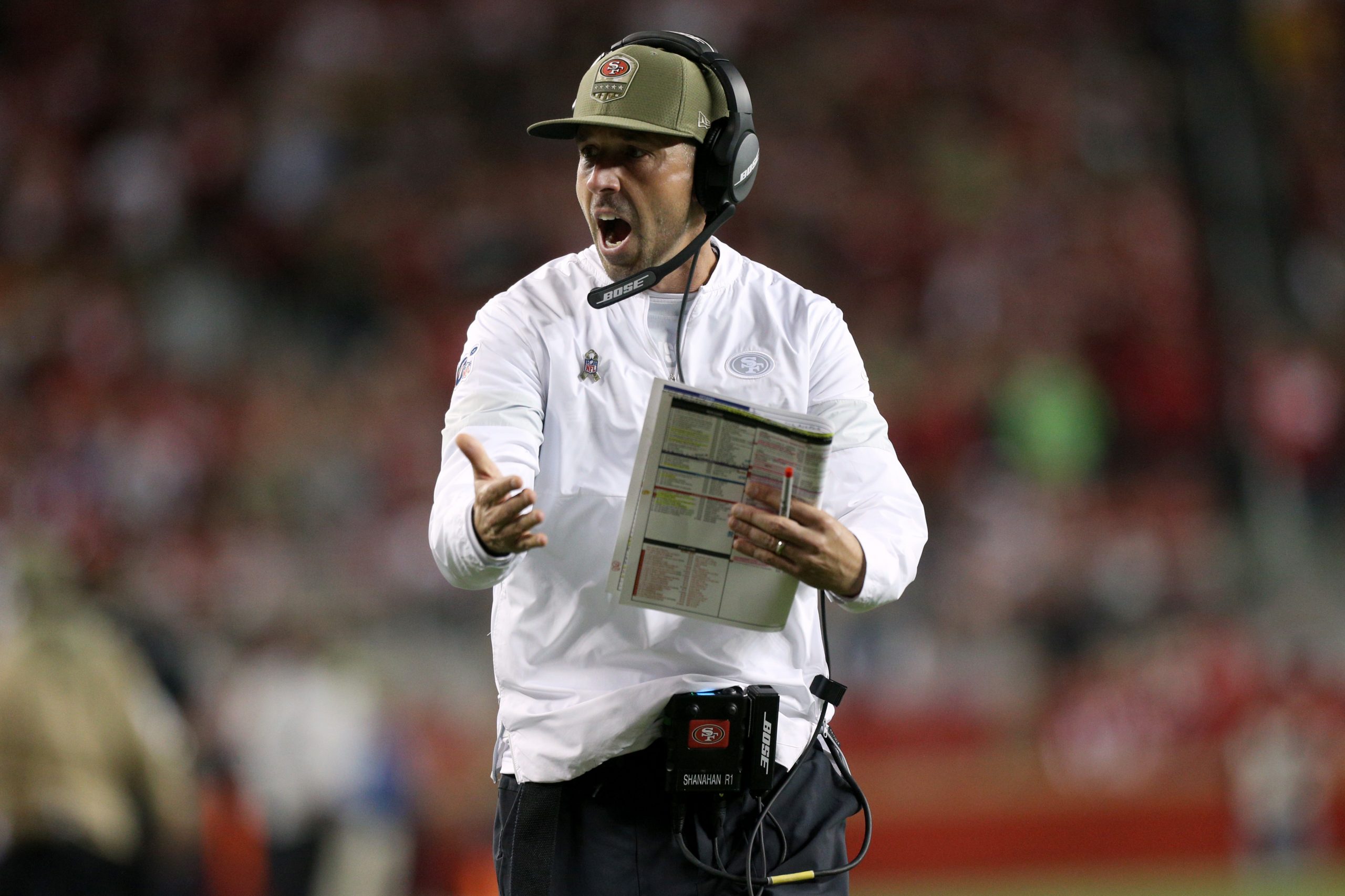 The 49ers did a lot of good things this season.

They’ve been building on it for years, and it started with the hiring of Kyle Shanahan as Head Coach and John Lynch as the General Manager.  Once the 49ers traded for their quarterback, Jimmy Garoppolo, and added key players through the draft and free agency, they were on their way back from the cellar of the NFL.

From 4-12 a year ago, to 13-3, the number one seed in the NFC, and division champs, all lead by Jimmy Garoppolo.  JimmyG, JimmyGQ, whatever you wanted to call him, Jimmy won football games. He won his first 5 games with the 49ers on a team that was 1-10 before he took over, and including this season, and the playoffs, Garoppolo sported an overall record of 23-5.

This season alone, his first as a starter, Garoppolo grew under an offense run by a wizard, who motioned players into open passing lanes, and ran the ball better than all but one team in the entire league.

But along the way, Shanahan had the first Seattle game, in which he came under question for his game management late in OT.   Three passes late in overtime using up less than a minute of game clock, gave Seattle the ball back.  They drove down the field, kicking a field goal with no time left, and handing the 49ers their first loss of the season.

It brought back Super Bowl 51 memories, and Niner fans quickly questioned the play calling on that final drive.

But it seemed Shanahan grew from that experience and from Super Bowl 51, when in the playoffs, he ran both Minnesota and Green Bay into the ground in the playoffs.

He talked about it during media week, the hard lessons learned from that Super Bowl loss, so you expected a game plan where the 49ers were going to pound the rock, at least 30 times.  In post game interviews, Shanahan has mentioned their goal of running the ball 30 times.

On Sunday, the 49ers abandoned the run game when they needed it the most- the 4th quarter, and up 10 points with under nine minutes to play.

San Francisco ran 17 total plays in the final quarter, running it just three times, with the fourth being a scramble by Garoppolo.

That is simply inexcusable, especially after the painful experience of Super Bowl 51, and the Seattle loss earlier this season.  To do this, was just foolish for a Head Coach who is really one of the leagues best play callers.

Earlier in the game, after a 49ers defensive stop, Shanahan chose to not call a timeout and instead let a full 40-seconds run off the clock before halftime.  Instead of getting the ball with about 1:40ish to go, the 49ers got the ball with under a minute, and missed a golden opportunity to score before halftime, especially knowing they would get the ball to start the second half.

And that’s a scary thing from a head coach.  Had he run it three times in Super Bowl 51 after the circus catch Julio Jones made, the Falcons would have won their first championship.

On Sunday, had Shanahan learned from his previous mistakes, the 49ers might have run the ball more in the 4th quarter, chewing up the clock, and giving Patrick Mahomes less time and chances to complete a 10-point comeback.

At the end of the day, the 49ers have to go into the off-season knowing they were up 10 points with less than nine minutes to go, and were a couple of 1st downs away from winning the Super Bowl.

This falls on the head coach and his game management, which has long been scrutinized since that Super Bowl in Houston.  He never learned.

If you’re a 49ers fan, hopefully the third time is the charm.