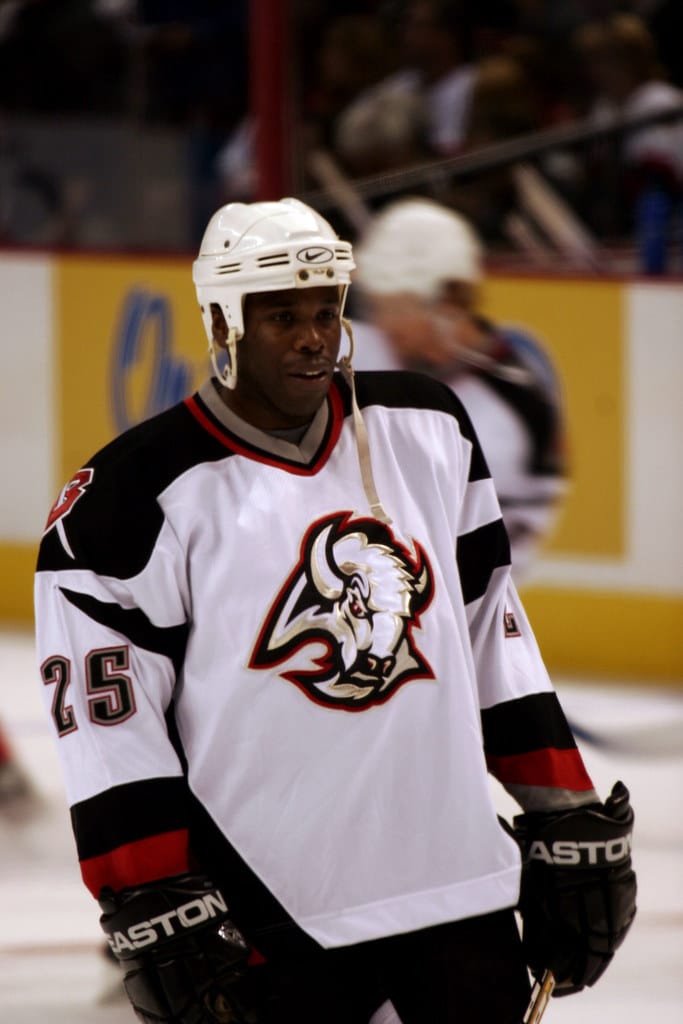 National Hockey League history was made on Tuesday. For the first time ever, there will be an African-American NHL general manager. That is because the San Jose Sharks have named Mike Grier of Detroit, Michigan as the person responsible for hiring player and coaching personnel.

Grier Takes Over from Doug Wilson and Joe Will

Mike Grier becomes the sixth general manager in San Jose Sharks history. The previous five general managers were Jack Ferreira of Providence, Rhode Island (1990-92), Chuck Grillo of Hibbing, Minnesota (1992-96), Dean Lombardi of Holyoke, Massachusetts (1996-2003), Doug Wilson of Ottawa, Ontario (2003-2022), and Joe Will of Minneapolis, Minnesota (since April 7, 2022). It is interesting that five of the six Americans in Sharks history have been American. It should be noted that Will was only the interim general manager after Wilson resigned due to health reasons. Wilson was the Sharks general manager in 2016 when they reached the Stanley Cup Final before losing to the Pittsburgh Penguins.

In the postseason, Grier had 14 goals and 14 assists for 28 points in 101 games. He had 72 penalty minutes, one power play goal, one shorthanded goal, two game-winning goals, and 177 shots on goal.

Three Seasons as a Player with the Sharks

In the playoffs, Grier had two goals and three assists for five points in 30 games. He was a -3 with 35 penalty minutes, and 61 shots on goal.

Grier is the Brother of an NFL GM

What is fascinating about Mike Grier’s familial connection is that his brother is Chris Grier of Holliston, Massachusetts, the general manager of the Miami Dolphins since 2016. Mike and Chris’s father Bobby Grier was also the vice-president of player personnel with the New England Patriots from 1997 to 2000, and the associate director of professional personnel with the Houston Texans from 2000 to 2016.

Sharks Seeking a Return to Respectability

One of the first jobs for Grier will be to hire a head coach. The team fired Bob Boughner on Friday. Last season the Sharks had a record of 32 wins, 37 regulation losses, and 13 losses in extra time for 77 points. San Jose was sixth in the Pacific Division and missed the playoffs.