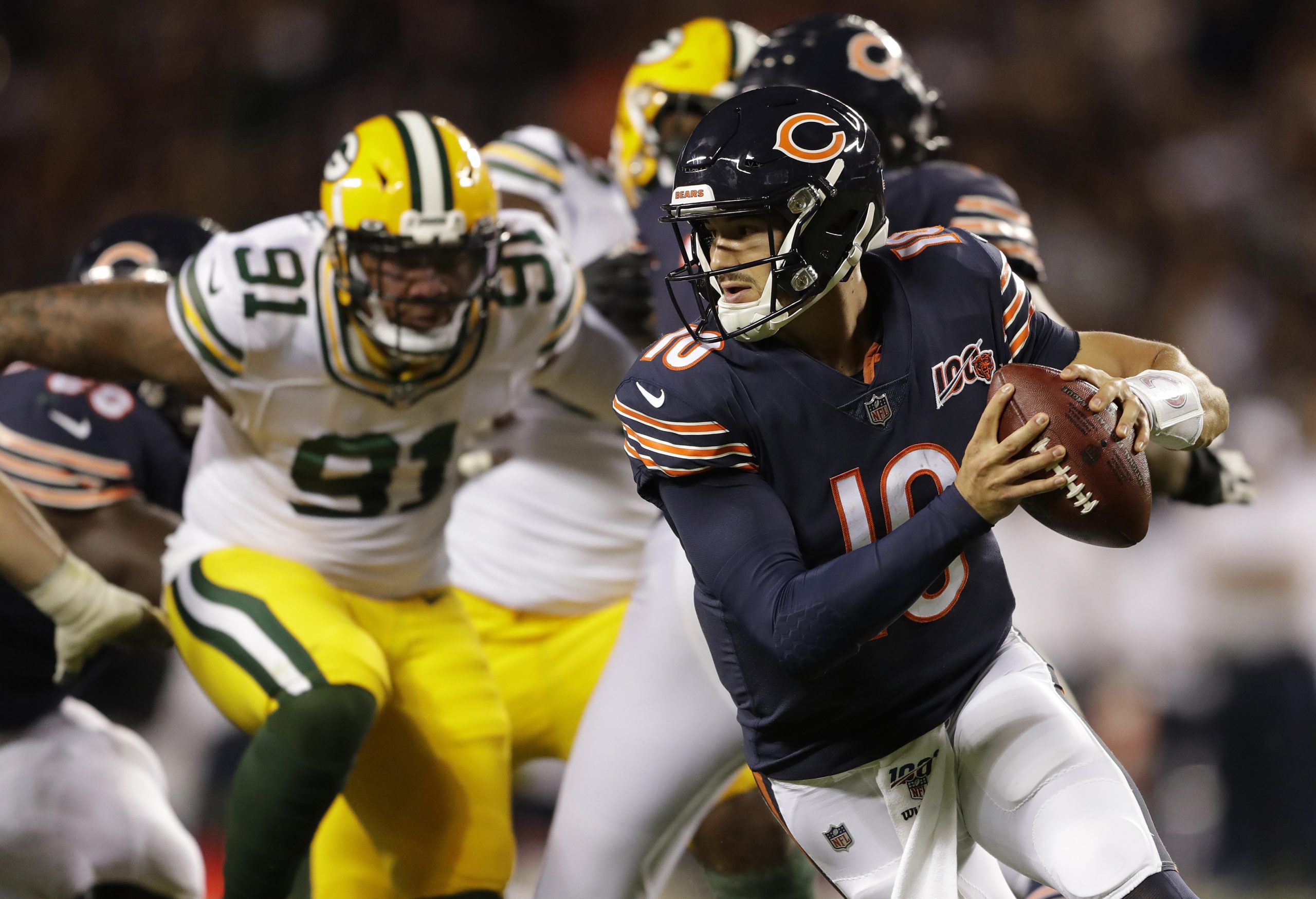 The Green Bay Packers host the Chicago Bears in the first of three key divisional matchups to end the regular season. The Packers are 10-3 and in first place in the NFC North while the Bears are 7-6 and hanging on to slim playoff hopes. Chicago has now won three straight games after losing six of their first 10 contests.

The Packers are coming off a 20-15 home win over Washington while the Bears are well rested after beating Dallas 31-24 last Thursday.

This will be the 200th meeting between these two teams with the Packers holding a 98-95-6 edge from a series dating back to 1921. The Packers beat the Bears on opening night this season in Chicago by a score of 10-3.

1. Give Aaron Rodgers Time to Throw

The Bears defense is not as dominant as it was a year ago, but they are still a formidable defense that can make life miserable for opposing quarterbacks.

The Packers offense is much more effective when Rodgers has enough time to throw the football, otherwise they get out of sync and things start to break down quickly.

The Green Bay offensive line did a better job against Washington and the Giants, but the Bears defensive front is in another league than those two NFC East also-rans.

Right tackle Bryan Bulaga will have the primary responsibility of slowing down Mack although the Bears will likely move him all over the defense to try and create mismatches. Matt LaFleur may also use tight end Marcedes Lewis as an extra blocker to slow down Mack.

If Rodgers has time to throw, the Packers offense should get the job done. If he doesn’t, this could be a long, tough afternoon at Lambeau.

Davante Adams remains Aaron Rodgers’ most reliable downfield target and the Packers will rely on him to make some big plays on Sunday. The Bears will almost certainly cover Adams with their best cornerback, Kyle Fuller. Their other starting CB, Prince Amukamara is expected to play despite a hamstring injury.

Also, the Pack may try to test Amukamara early to see how he responds in the cold.

The Packers running backs have been difference makers at times this season catching the ball out of the backfield. In fact, when either running back makes a big contribution as a receiver, the Packers offense has been at its most consistent and effective.

The Bears have good linebackers, but they will be without Roquan Smith, their leading tackler and Danny Trevathon who is out with an elbow injury. The Packers must get mismatches with their running backs or tight ends on Chicago’s backup linebackers who will now be pressed into larger roles.

Even if passes to the backs don’t result in splash plays, Rodgers needs to be patient enough to take what the defense gives him and keep the chains moving.

4. Make Mitch Trubisky Beat Them with His Arm

Mitch Trubisky has been playing better football lately but that still only makes him an average NFL starting quarterback. Trubisky’s numbers aren’t bad on the surface. He has completed 64.5 percent of his passes for 16 touchdowns and eight interceptions. His yards-per-attempt, however, is very low (6.2) and that’s why his QB rating is just 86.9.

The Packers need to get pressure on the Bears inconsistent quarterback and make sure he can’t scramble for key first downs. Trubisky remains a dangerous scrambler and is third on the team in rushing, just 14 yards behind Tarik Cohen.

The Packers need to force Trubisky to make plays with his arm to beat them. If they pressure him, that should allow the Trubisky’s own inconsistencies stop the Chicago offense.

This should be a low-scoring game on a cold afternoon at Lambeau. The high temperature is expected to be 19 degrees on Sunday. This will place extra emphasis on special teams, an area the Packers have struggled with for most of the season.

Punter JK Scott was a big reason the Pack won the season opener. He has rebounded well after slumping for a few games. Matt LaFleur will need Scott to be at his best in the cold to make sure Chicago doesn’t have many short fields to work with on offense.

The addition of return specialist Tyler Ervin gave the Pack some hope on special teams last week. Ervin does not need to be spectacular, but a strong, steady performance should be enough to make sure the Packers don’t have too many long fields to work with when they get the ball.

Green Bay’s coverage teams also need to do their job and contain the ever-dangerous duo of Cordarrelle Patterson and Tarik Cohen, so they don’t break long returns.

The Packers are currently third in the NFL in turnover differential with a plus-11. In 13 games, Green Bay has given the ball away only nine times.

The Bears, on the other hand, are 14th in the league with a plus-one.

Turnovers should play a large role in this game on a cold day at Lambeau with so much at stake. The Packers must make sure they at least break even in the turnover department so as not to give the Bears momentum and confidence early in this game.

This is going to be a tight, close game between two bitter rivals with a lot at stake. If the Packers win, they have a 1.5 game lead in the NFC North with two games to play. If they lose, the winner of next week’s showdown with the Vikings almost certainly wins the division title. A loss would take the Pack down from the number two-seed in the NFC with a bye and could knock them down to the three seed or even lower if they lose to Minnesota next week.

The Bears are gaining confidence, but they need to run the table and get some help to make the playoffs.

The Pack will find a way to get it done at home.