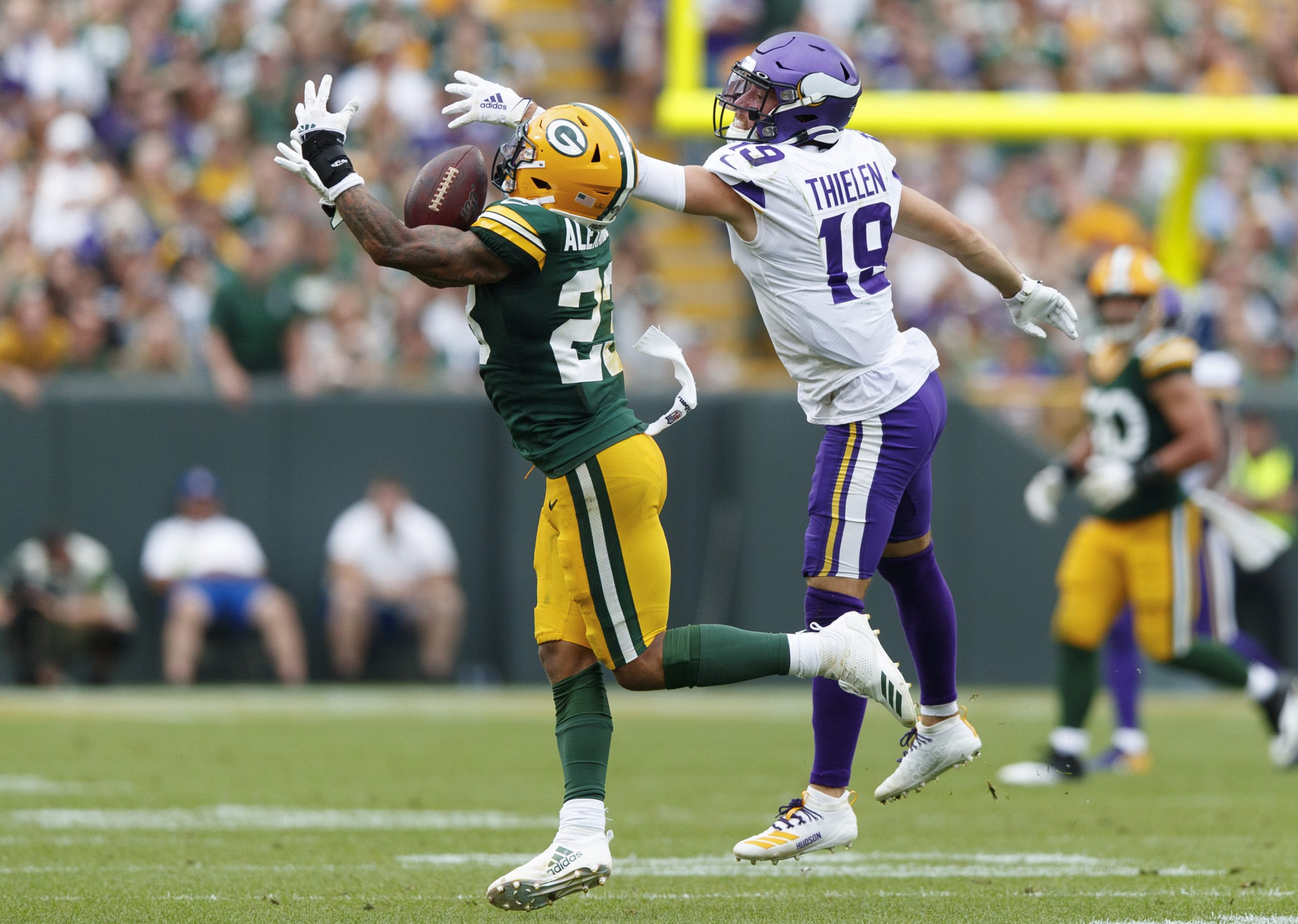 The Green Bay Packers travel to Minnesota to face the Vikings in a game that may determine the winner of the NFC North. A Packers win or a tie and they clinch the division crown. Green Bay can still win the division if they lose Monday if they defeat the Lions next week in Detroit or Minnesota loses to Chicago in Week 17.

Green Bay leads the all-time series between these NFC North rivals 60-53-3 during the regular season while the rivals have split their two playoff matchups. The Packers defeated the Vikings at Lambeau Field 21-16 in Week 2.

Here is a look at the six key matchups that will determine who wins this showdown on Monday night:

Minnesota is likely to be without their star running back, Dalvin Cook on Monday night. Cook already has 1,135 yards and 13 rushing touchdowns. When healthy, he is powerful, elusive and is the engine that makes the Minnesota offense go. The Vikings like to pass off play action and respect for Cook allows that to be extremely effective.

Backup Alexander Mattison is nursing an ankle injury and has not practiced through Friday. He has 462 yards this season spelling Cook and is averaging 4.6-yards per rush.

If neither Cook nor Mattison can play, the rushing duties will be split between second-year man Mike Boone and former Lions rusher Ameer Abdullah. Neither of them has many carries this season but both are capable of being effective behind the Vikings strong run blocking offensive line.

The Packers defense needs to prevent the Vikings from getting big gains on the ground and from controlling the clock by running the football effectively.

The Packers offensive line will have their hands full with Minnesota’s pass rush which is led by the duo of Danielle Hunter and Everson Griffen. Both are quick, strong and effective pass rushers and both tend to have big games against the Packers.

In the first meeting between the teams, the Packers limited Minnesota to two sacks and were Rodgers finished the game with a quarterback rating of 101.2.

Green Bay will need a similar performance on Monday from their offensive line, although playing in a dome on artificial turf will give the Vikings edge rushers a faster track to play on.

Minnesota’s top two receivers, Adam Thielen and Stefon Diggs, are dangerous weapons that can turn a game around in a single play. The Packers corners, Jaire Alexander, Kevin King and Tramon Williams, will have their hands full trying to contain this duo.

In the first meeting between these teams, Diggs was held to one catch for 49 yards while Thielen had five catches for 75 yards.

Both Diggs and Thielen will probably get their catches, but the Packers cannot allow the Vikings receivers to make game-changing splash plays downfield.

The Packers must be wary of passes to the middle of the field that split zone defenses and result in big gains.

4. Get Aaron Jones Involved in Both the Run and Pass

The Packers offense is most effective when the running backs, Aaron Jones and Jamaal Williams, are involved in both carrying the football and catching passes out of the backfield.

Head coach Matt LaFleur often abandons either the running game or the use of the RBs as receivers too quickly when his offense falters a bit. He must make sure not to do that against Minnesota.

The Vikings run defense is solid and is ranked 8th in the league in yards allowed per game. However, Jones ran for 116 yards and a touchdown against Minnesota in Week 2 and he should have an advantage on the fast, indoor surface.

The Packers interior blockers, led by Corey Linsley, Elgton Jenkins and Billy Turner, will need to move Linval Joseph out of the middle to keep the running game humming.

Jones and Williams combined for seven receptions in Week 2 and should both be involved in the passing game again on Monday. The Vikings safeties and linebackers will be challenged to keep up with them on pass patterns.

5. The Packers Must Create Matchups for Davante Adams

Xavier Rhodes is having a subpar season for the Vikings and the Packers need to take advantage. LaFleur needs to create favorable matchups for Davante Adams who had seven catches for 106 yards in the first meeting between the teams. The Packers will likely move Adams in and out of the slot over the course of the game.

The Packers have struggled to get secondary wide receivers into the offense consistently but look for Allen Lazard and Jake Kumerow to get more chances to create plays.

The Vikings pass defense is ranked 20th in the league in yards allowed per game and Rodgers and the Packers should be able to move the ball through the air.

The Packers put pressure on Cousins in the first meeting and they managed to get Cousins off his game at key moments. He threw two interceptions and lost a fumble as well.

Kenny Clark did a very good job of pressuring Cousins in Week 2 while Za’Darius and Preston Smith have gotten consistent pressure on opposing quarterbacks all season.

The Vikings coaching staff has done a very good job of creating an offense that plays to Cousins’ strengths. He has competed more than 70 percent of his passes this season and has 25 touchdown passes and just five interceptions.

There are two contradictory streaks and one of them will come to an end Monday night. The Packers are 0-3 at the Vikings new home stadium while Cousins is 0-8 on Monday Night Football.

The Vikings have the home field advantage and are a deeper team than the Packers right now, although playing without Cook and Mattison may diminish that advantage a bit.

This game will come down to turnovers. The Packers must continue to involve the running backs in the offense and win the turnover battle to win this game. It will be close to the end.