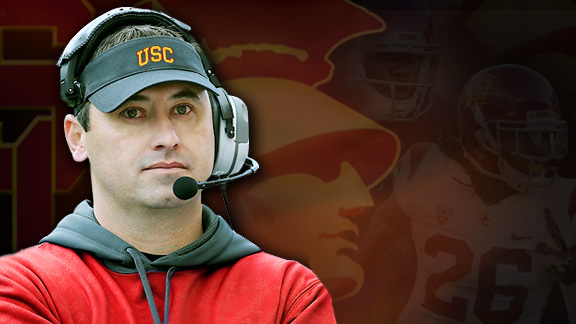 As you all know by now, the 2014 SMU Mustangs are bad. Historically bad. Like, Nicolas Cage in The Wicker Man bad. In fact, the Mustangs are just one loss away from possibly being the worst FBS team in nearly a decade.

While all of these teams reached New York Jets levels of futility, perhaps none were worse than the Owls’ 2005 team.

The 2005 season marked Temple’s first as an independent, having been expelled from the Big East at the end of the previous season as a result of years of poor support from both fans and the school, as well as the Owls’ inability to remain competitive against the rest of the conference’s teams. Big East presidents had unanimously voted in 2001 to kick the Owls out of the conference because they had failed to meet acceptable standards in non-conference scheduling. During the program’s 14 years as a member of the Big East, they went just 14-80 in conference play.

Though there were discussions of moving the football program down a level or two or even eliminating the team altogether, Temple ended up remaining in the FBS, then known as Division I-A, but struggled mightily in 2005.

The Owls went 0-11 that season, failing to score more than 17 points in any of their games and putting up seven or less points in six of their 11 games. The campaign featured a number of blowout losses, including a 65-0 drubbing at the hands of Wisconsin and a 70-7 defeat to Bowling Green, with a 19-16 loss to Western Michigan proving to be the only real competitive contest of the year for Bobby Wallace’s team.

Temple ranked last in the country in both points scored (9.7) and points allowed (45.3) per game, while its quarterbacks threw 14 interceptions and just four touchdowns. The abysmal campaign was a new low for a program that had struggled for years, and resulted in Wallace and the school parting ways after eight seasons.

Virginia defensive coordinator Al Golden was brought in to try and revive the Owls, and he managed to do just that. Temple improved its record in each of Golden’s first four seasons, culminating in a 9-4 record in 2009, the Owls’ first winning record since 1990. Golden, of course, left Philadelphia at the end of the 2010 season to become the head coach of the Miami Hurricanes, but the Owls have continued to find some measure of success since his departure.

Though the 2005 Temple team was historically futile, this year’s SMU Mustangs might be giving the Owls a run for their money.

Barring a win this weekend against the UConn Huskies, who are 2-9 in 2014, the Mustangs’ season has been, to put it lightly, a major struggle. Head coach June Jones, who at one time seemed to have SMU back on track for good, resigned in September, and the team has gotten only marginally better since.

SMU ranks dead last in the FBS in scoring offense (9.6 points per game) and is tied for last with Georgia State in scoring defense (43.3 points per game). Tom Mason’s Mustangs are on the cusp of becoming just the fourth winless team in program history, which would cement their place in the pantheon of college football ineptitude.

Of course, a win doesn’t all of sudden make this season a success by any stretch of imagination, but it would keep them from earning the dubious distinction of having gone through an entire slate of regular-season games without recording so much as a single win.

Like Temple, SMU has been consistently terrible for quite some time, save for several years of some success under Jones, dating back to the NCAA slapping it with the “death penalty” in 2007. Long gone are the days of “The Pony Express,” and this season could be seen by some as a new low point for a perennial bottom feeder.

However, there is good news for SMU fans.

Clemson offensive coordinator Chad Morris agreed to become the next head coach over the weekend, meaning a highly coveted coaching prospect is coming to the Hilltop. If Morris is able to orchestrate a turnaround like Golden did at Temple, then perhaps this dismal season for SMU will become a distant memory before too long.