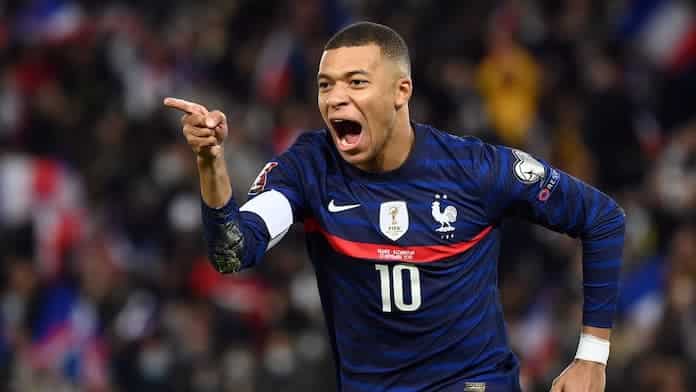 After both England and the Netherlands won yesterday with USA vs Wales ending in a 1-1 stalemate, all eyes now turn to day three of the tournament with four games of soccer on show today. We have got you covered with our soccer parlay picks for today’s World Cup games on Tuesday 22 November.

Today’s games we will provide free picks on are for Denmark vs Tunisia and France vs Australia in Group D, and Mexico vs Poland in Group C. 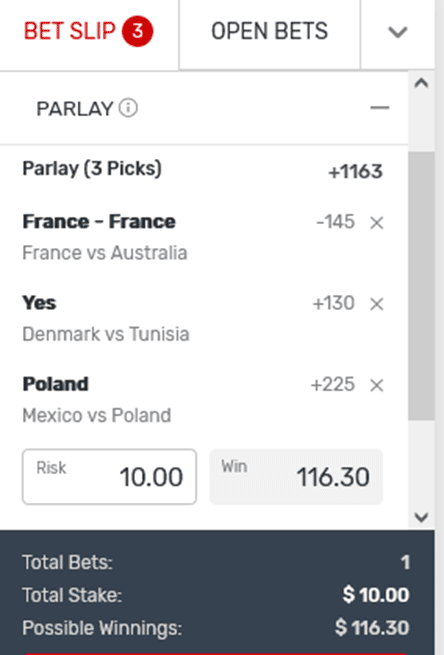 Denmark kick their 2022 World Cup campaign off in the second game of the day as they face Tunisia in a Group D clash. They have an underrated squad, with the likes of Christian Eriksen, Kasper Schmeichel and Kasper Dolberg. De Rød-Hvide have the players to unluck the Tunisia defense and can win this one comfortably.

They beat France, the current World Cup holders, 2-0 in their last friendly game before the World Cup, so if they can do that, they can do the same against a far weaker team in Tunisia.

The game between Poland and Mexico is arguably the tightest game to predict on paper on Day 3 of the World Cup. Poland won their last two matches prior to the World Cup against Wales and Chile, and were only narrowly defeated by the Netherlands and Belgium before that.

Mexico seem to concede a lot of goals, so with Robert Lewandowski up front for the eastern Europeans, they cannot afford to do this. We like Poland here on the moneyline as big underdogs.

France begin their defense of their World Cup crown as they face Australia in the first game of their 2022 Qatar World Cup campaign. Despite the absence of Paul Pogba, N’Golo Kante and Karim Benzema to name but a few, France still have arguably the best squad on paper. Kylian Mbappe, Olivier Giroud and Christopher Nkunku can still score plenty of goals for the holders.

We expect them to win this one comfortably, hence why we think they will be winning at both half-time and full-time against the Aussies.

Back France to win both halves -145 @ BetOnline