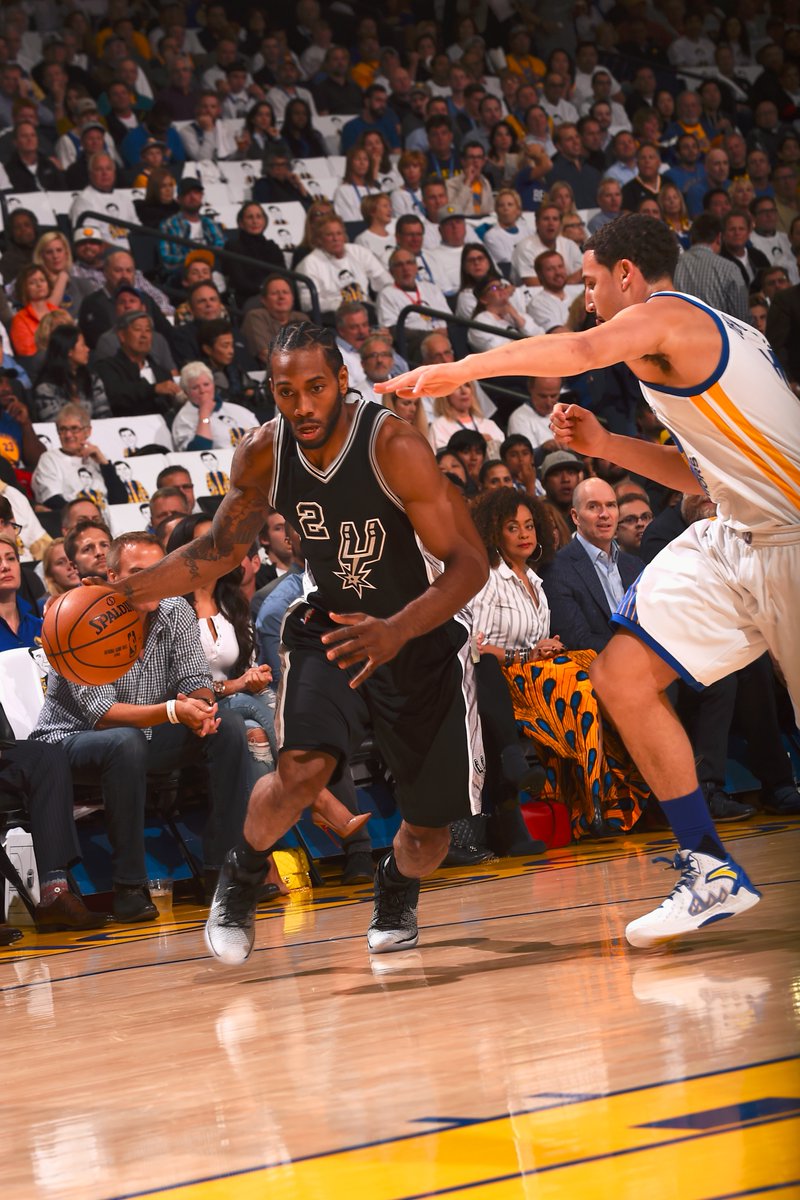 Prior to the 2016-17 NBA regular season tipping off, all the talk was about the ‘new’ Golden State Warriors with Kevin Durant. However, a team from Texas reminded the league they still will be a force to be reckoned with as they transition to a new era.

Kawhi Leonard scored a career-high 35 points as he led the San Antonio Spurs to a 129-100 rout of the Warriors inside Oracle Arena on Tuesday night in the season opener for both teams.

LaMarcus Aldridge had 26 points and 14 rebounds and Jonathon Simmons added 20 points off the bench for San Antonio, who open a season for the first time in 19 years without Tim Duncan.

San Antonio led by 11 points after the first quarter and a Simmons three-pointer at the end of the first half pushed the lead to 18 by halftime.

So yes, the Spurs sent a message to the rest of the NBA to open the season.

”If there was an outcome I wasn’t expecting, it was this one,” Spurs guard Manu Ginobili said. ”A 29-point lead against a team like them? I truly didn’t expect it.”

The Silver and Black’s scrappy defense forced Golden State into 16 turnovers. The Warriors finished 7-of-33 from three-point range (21 percent) and trailed by as many as 29.

Golden State (0-1) was led by Durant’s 27 points and 10 rebounds in his Warriors debut. Reigning MVP Stephen Curry added 26 points on 9-for-18 shooting and 3-for-10 from downtown. Klay Thompson struggled, scoring just 11 points and finished 5-of-13 from the field.

”No, I didn’t see losing by 29 points,” Warriors coach Steve Kerr said. ”It’s going to be an ugly tape to watch. … I think our guys were embarrassed tonight. I know I was.”

The other debut: Pau Gasol made his Spurs debut, scoring two points in just 18 minutes.

Up next: The Spurs are now 1-0 on the season and will return to the court on Thursday when they face the Sacramento Kings at 9:30 p.m. inside the brand new Golden 1 Center.