St. Louis Cardinals: Daniel Descalso Could Provide a Boost from the Bench 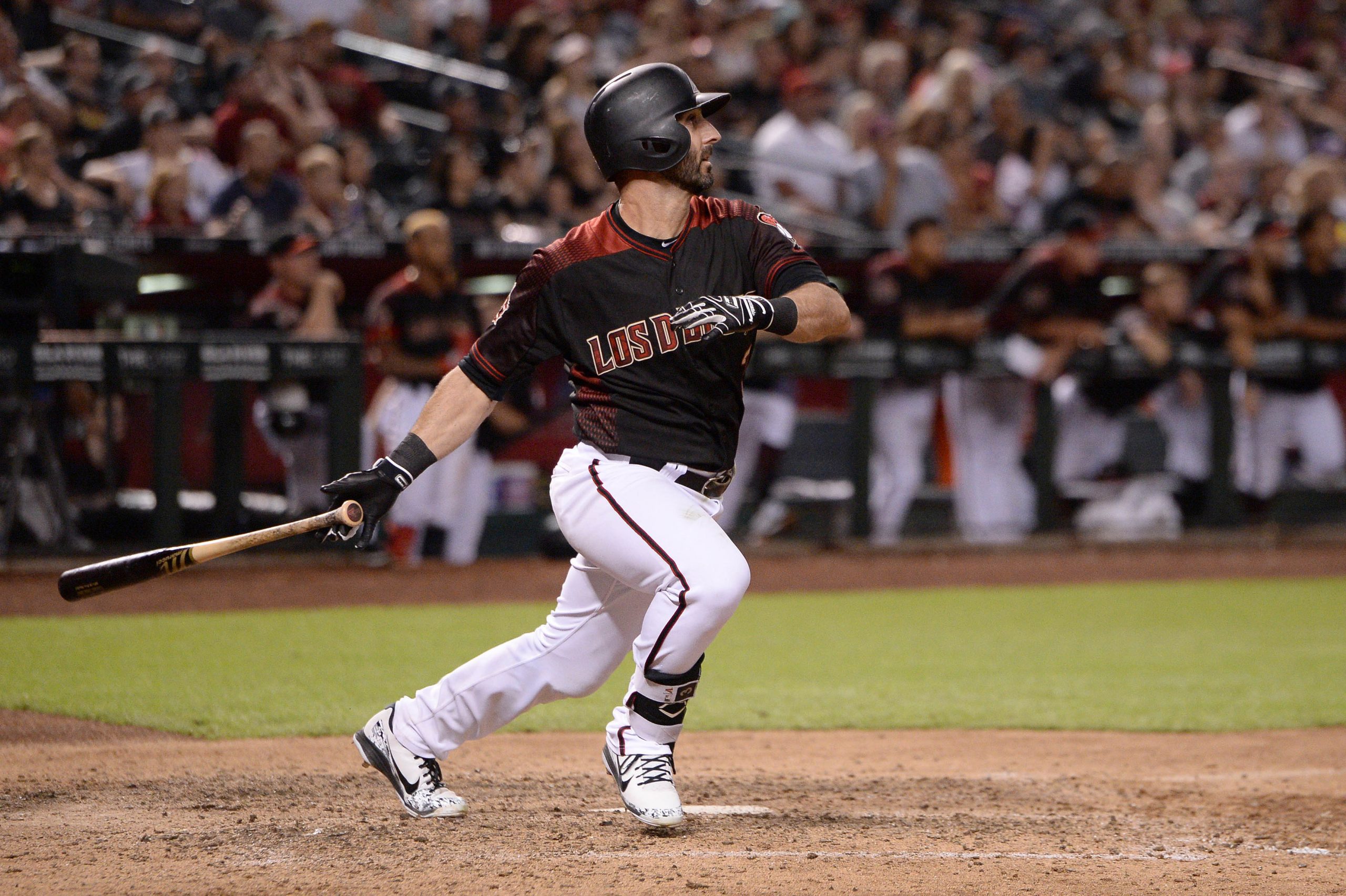 Now that the Cardinals have found their middle of the order bat in Paul Goldschmidt, it’s been reported that they’re likely to look for a left handed utility player for the bench. This makes sense because all of their current projected bench options are right handed. Having a lefty to use in pinch hit situations can obviously be very beneficial. They can approach this in a couple of different ways. Right now their current bench would be Jedd Gyorko, Tyler O’Neill, Jose Martinez, Yairo Muñoz, and a backup catcher that has not yet been added. In order to fit a lefty into this mix they’ll need to trade one of these players. My guess is that Gyorko has the most trade value among them and will be the one to be traded. That would mean they’re probably looking to add an infielder. However, they could also look to move Martinez and go after a left handed hitting outfielder.

For the sake of this article, let’s say that they’re wanting to add an infielder. In this scenario, I believe that a reunion with Daniel Descalso makes a lot of sense. It was actually reported by Derrick Goold that they do have at least some level of interest in Descalso.

I’m sure this was met with some eye rolling from Cardinals fans because the version of Descalso that we knew from his time in St. Louis was basically a lesser version of Greg Garcia. Descalso had a bit of a breakout year in 2018 though, and it looks like there’s reason to believe that he could provide some real value in a utility role for the Cardinals.

Last year Descalso had a slash line of .238/.353/.436 in 423 plate appearances. Those were the highest on-base and slugging percentages of his career. He also hit 13 home runs, which was also the highest total of his career. They even top his seasons playing in the stat inflating Coors Field. So what led to the improved numbers? It’s the same story you’ve been hearing from players all around the league. He started hitting the ball in the air more.

Descalso doesn’t look like a guy that should be hitting the ball in the air. He’s not very big and doesn’t have a ton of power. A common misconception with this whole “launch angle” revolution though, is that it means players hit more fly balls. What it really means, and Descalso is the perfect example of this, is that players are just finding what launch angles are ideal for them specifically. When I say that he started hitting the ball in the air more, what I mean is that he lowered his groundball rate significantly and started focusing on line drives over the infield. That, of course, does lead to some extra fly balls.

His groundball rate has dropped each of the past three seasons:

Further proof that Descalso found the proper launch angle for him is an increased barrel percentage. A “barrel” is defined by Statcast as any batted ball event whose comparable hit types (in terms of exit velocity and launch angle) have led to a minimum .500 batting average and 1.500 slugging percentage since Statcast was implemented Major League wide in 2015. A barrel is basically the best thing that you can do as a hitter.

Here are his Barrel percentages over the past three years, which is just his numbers of barrels divided by the amount of batted balls:

To give this some context, the league average barrel percentage is 6.1%. So that 10.2% stands out. It ranked 73rd in all of baseball.

This all really boils down to Descalso just increasing the amount of his high quality batted balls. This looks like a legitimate change in swing and approach, which can make him a real asset to a Cardinals team that is very right handed and has no left handed options on the bench. He can also play many different positions on the field. He’s an option at any position on the infield(though you probably don’t want him playing shortstop unless he has to), and has some experience in the outfield.

Thanks to Fangraphs and BaseballSavant for the statistics.