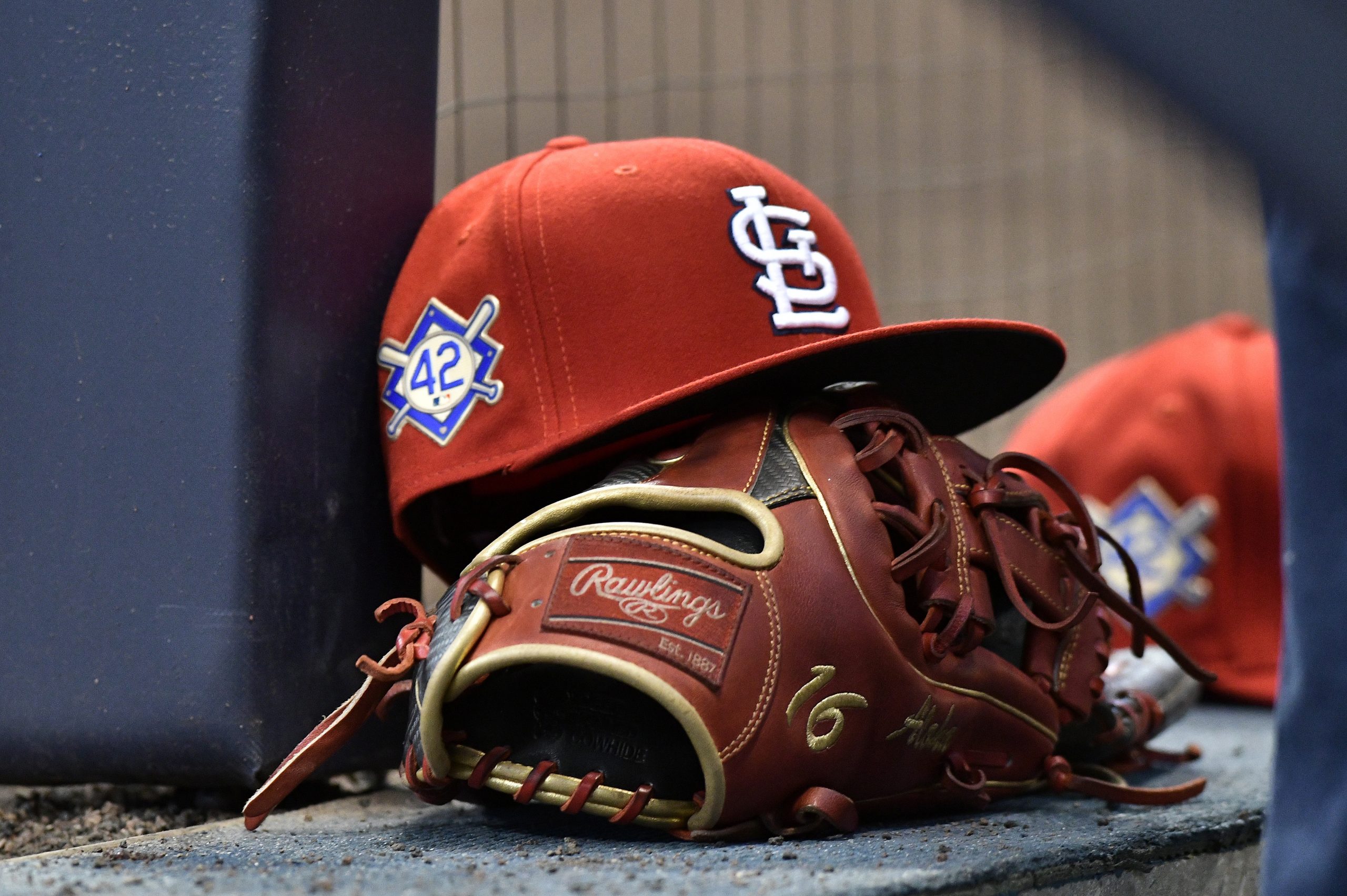 Let us bow our heads…or hang them in shame.

Cardinal Nation is no doubt still shell shocked this morning after witnessing the especially heinous crimes that Christian Yelich committed against their team last night.

In 5 games this season, here is what the reigning NL MVP has done against the Cardinals:

In 12 games vs. everyone else:

Yelich is a very good player, that is not in question. But he is destroying the Cardinals in a way that no one has ever destroyed anyone. Meanwhile, other teams have held his offense to slightly below league average.

Mike Shildt and Mike Maddux, please tear up whatever gameplan you have for him, it’s trash.

The familiar and obvious outcry is, “why are you still pitching to him!”

That is understandable. But frankly, they have walked him at a ridiculous 30% rate. The problem is execution. Of the seven homeruns he has hit against the Cardinals this year, two of them fall in the tip-your-cap category. The rest? 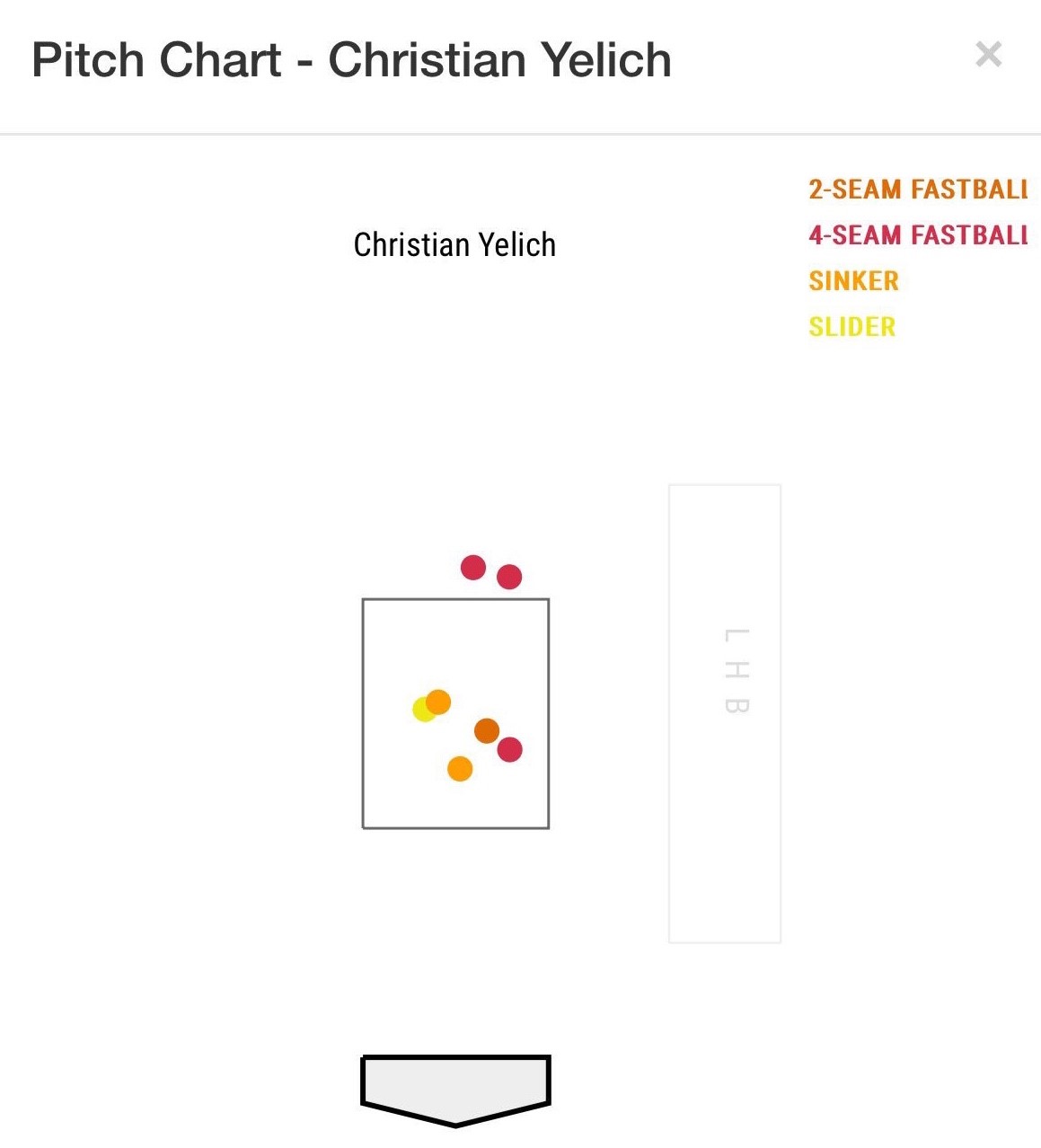 Shout out to my podcast partner, Adam Butler (@lancedance1) for pulling up that graphic on Statcast.

You have 2 fastballs up and out of the zone — one from Wacha and the other from Mayers — that he pulled a Jim Edmonds on and launched down the RF line. Those weren’t typical HR pitches or HR swings. Yelich deserves full credit for those.

But look at the other five! Those pitches are begging to be crushed, especially by someone as good as Yelich. Get-me-over pitches are getting over the outfield wall.

This is such poor pitch execution. They don’t have to intentionally walk him. They can pitch on the edges and if they fall behind and he walks, so be it.

They can pitch to him, they just can’t throw those kinds of pitches to him.

Yet another abbreviated start by Dakota Hudson makes the need for Carlos Martinez to return as a member of the rotation even more glaring.

Monday was the example of what happens when things go wrong for Hudson. He had a sparkling 2.79 ERA going into the game, but that was underscored by a 7.28 FIP, which means, he was pitching with a ton of luck and a ton of help from his defense. Monday is what happens when all the batted balls find holes. Hudson has yet to make it through 5 innings in a start and has produced a below average 18.6% K-rate and a 14.3% walk rate that is the 11th worst (out of 122) in baseball among pitchers with at least 13 innings pitched.

It may be time to give someone else a shot. John Gant has been a valuable bullpen arm, but maybe he deserves a few turns. Martinez tossed a successful bullpen session yesterday, but he is still a Spring Train schedule away from rejoining the team, if all goes well. A month of Gant should, at least, be more reliable than continuing with Hudson. He isn’t getting it done, and its going to take a toll on the bullpen.

Speaking of the bullpen…

We saw Mike Mayers exit with an injury and during the post-game, Mike Shildt indicated that he is likely bound for the Injured List. This means that a move is likely coming prior to tonight’s game (assuming they had someone heading towards Milwaukee late last night).

Because it’s an injury, the team could re-return to Giovanny Gallegos a day after optioning him to Memphis. Or they could look to Daniel Ponce de Leon (last pitched on Friday) as a multi-inning option.

Or they could activate Luke Gregerson from the DL. I know we’ve probably soured on Gregerson after he was hurt or bad during 2018, but he is progressing through his minor league rehab. It may still be a little early to bring him back, but I wouldn’t rule it out. Through his first 5 appearances he has allowed just 2 hits, 0 walks, and has 6 strikeouts. Now, this is against A and AA competition, but good results are better than bad results.

This isn’t an option I’m particularly excited about, but I’m bracing for it.

UPDATE: Since this was published, the Cardinals announced that Mayers and Tyler O’Neill would be placed on the IL. Drew Robinson was optioned to AAA. Recalled were Yairo Muñoz and Giovanny Gallegos. Also promoted was RHP Ryan Helsley, one of the Cardinals highly rated prospects.

Another return I wouldn’t mind seeing is left-hander Chasen Shreve.

Good for Tyler Webb for tossing 1.1 innings of uneventful baseball on Monday night, but he just doesn’t have much upside. His strikeout rate in 20.1 innings in 2018 was a really low 16.7%. Guess what his K-rate is so far this year? 16.7% (albeit in just 3 innings). He’s an alright depth pitcher, but I think Shreve is the better pitcher. He currently has a 32.1% k-rate in AAA and just 2 walks. Now, he has been too good for AAA for some time, posting a 1.42 ERA in 38 innings since 2015, so judge that dominance accordingly.

Still, I think the Cardinals need to carry 2 LHP’s and I think Shreve is better than Webb. Conveniently, the Cardinals could make room for him on the 40-man roster by cutting ties with Merandy Gonzalez, a relief pitcher they randomly claimed on waivers and wasted a 40-man spot on coming out of spring training. Gonzalez has allowed 5 runs and walked 5 in 4.2 innings at Springfield so far this year.

I really like 5/7th of the bullpen, but I would like to see a couple tweaks/upgrades in the Mayers/Webb neighborhood.

Last note, with Tommy Edman hitting .356 (16-for-45) at Memphis, he is angling towards being a Major League bench contributor sooner rather than later.

That’s all I’ve got for today.