Stars From the Past Highlight Rams’ Draft Party 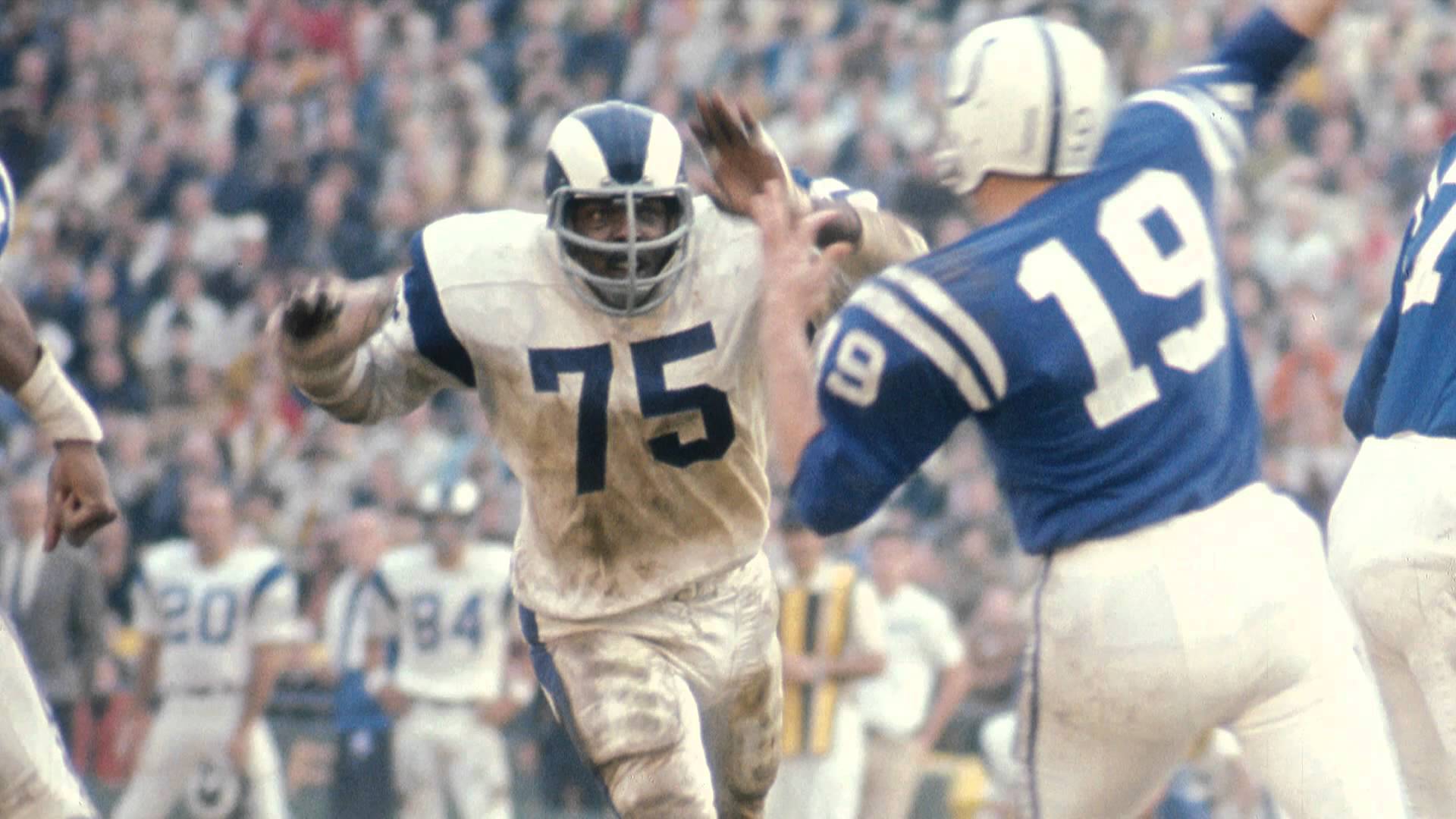 Roger Goodell typically runs the show on the first day of the draft because it is important for him get his pictures with the first round picks for the sake of history. Once his batteries run down, he turns days two and three over to his deputy commissioner and that means teams bring out former stars to announce draft picks. This is always a brilliant move because even a terrible team can bring someone out to remind fans of better days and serves as a nice bridge between eras. Since all the Rams’ picks will be announced on day two, that means every single pick will get their picture taken with one of the stars the Rams have invited to the draft party.

The Rams’ round pick will be announced by hall of fame member of the Four Horsemen, Deacon Jones. Jones was one of the stars of the Rams defense from 1961-1971. He was a two time defensive player of the year, eight time pro bowler, and made the all 1960’s team. It was a smart move having him go on first not just because of his pedigree but because he was part of the LA Rams and aside from Eric Dickerson he is probably one of the most popular LA Rams of all time.

In round three, the Rams will bring out Steven Jackson who is not only the Rams’ all time leader in rushing yards but he also represents the last great draft pick the Rams had on offense. This is significant because the Rams are reinvesting in being an offensive football team and what better way to re-energize fans than to bring out a guy who ran for over 11,000 yards despite having a dreadful line and nothing at quarterback.The rest of the Rams’ picks will be announced by former quarterback Vince Ferragamo and Jackie Slater which is another great nod to the LA teams of the past.

Ferragamo only played three years with the Rams but he went to high school in Banning which is in Riverside County and has a ton of philanthropic ties to southern California. In his three years with the Rams he not only won key playoff games on the road but was the team’s starting quarterback in Super Bowl XIV which is notable because he was the first player to start a Super Bowl during the season he got his first start. Jackie Slater was the starting left tackle during Super Bowl XIV and was a key blocker for Eric Dickerson. After a distinguished career in the NFL he had a career in broadcasting and was guest coach for the St. Louis Rams.Fans are eager for the Rams to be great again and while it will take a season or two to determine if Les Snead hits on any of these picks, it will be comforting to hear those names called out by the stars of the past as the team makes its way into the future.