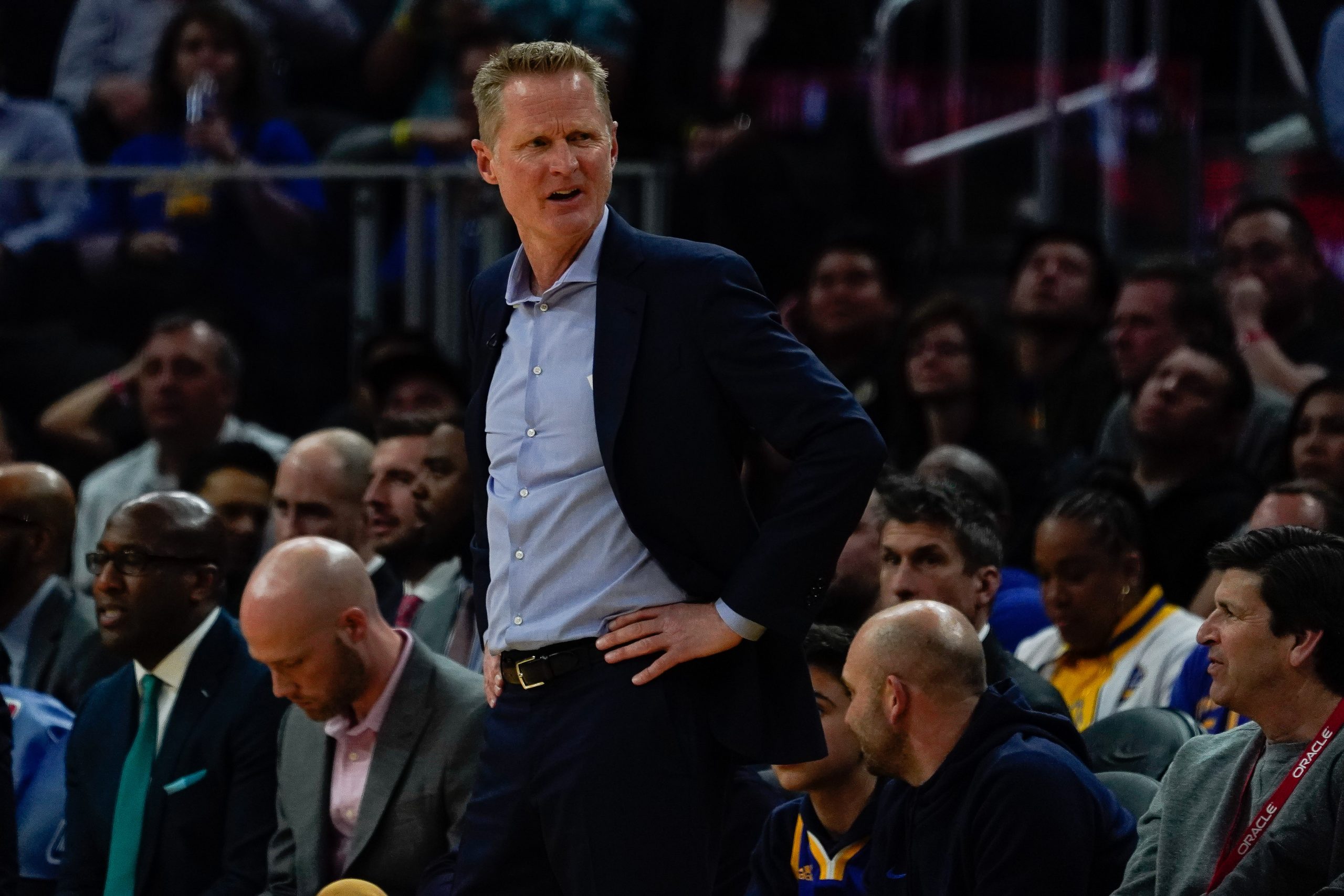 Warriors head coach Steve Kerr has never been one to shy away from sharing his political opinions. In fact, he’s actually been quite the opposite, volunteering his opinion seemingly as much as the NBA’s players do.

Kerr and Gregg Popovich have been far more outspoken than any other head coach in the league, by far, and, coincidentally, neither of them are fond of President Donald Trump. They’ve both been highly critical of POTUS, especially Pop. Kerr has been a bit more tongue-in-cheek about it, but he’s still made it clear which way he leans.

Trump, earlier in the year, criticized Kerr, saying that he handled the NBA’s situation in China “like a little boy.” Kerr never really went into detail in sharing how he felt about it, until recently that is, on a podcast.

“And I know that you know the feeling cause you were called out by him too,” he began. “It felt so, kind of slimy, you know, it’s like really, like we got — you don’t have anything bigger on the agenda today? You know, but I was also kind of ashamed because his comments came on the heels of the discussion about China after Daryl Morey’s comments. And it was probably the one time in my career where I was very unsure about what I should say. And I felt, I didn’t feel pressured by anybody, but I felt sort of cornered by my own circumstances in terms of how I should respond and my response was terrible.

“And so in some ways, I deserve the criticism that I got, but not really from the president because, you know, there was especially on the China issue — because we can go into all kinds of detail about how, you know, his relationship with the Chinese government and the trade agreement.”

This makes us ready to go out and vote.