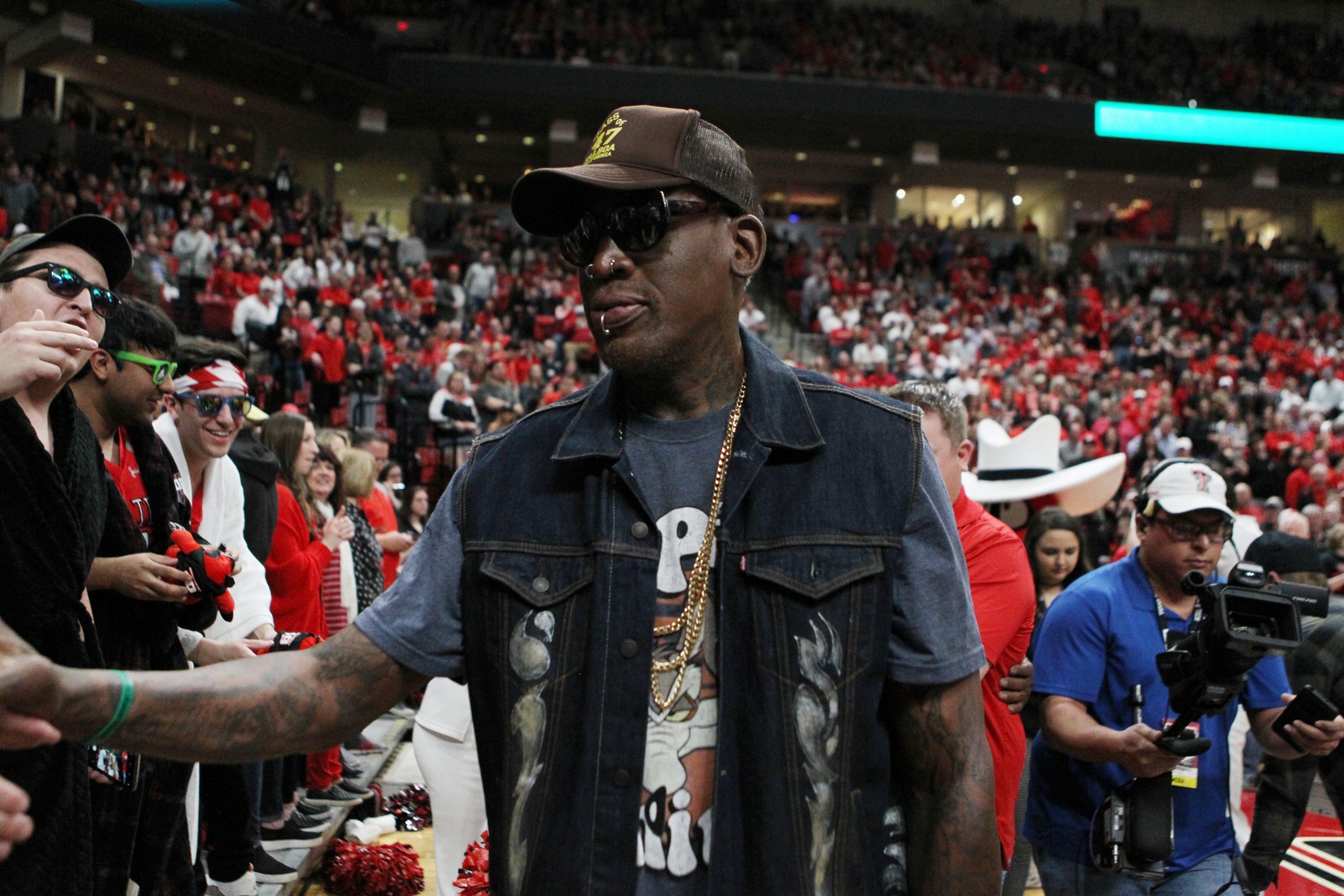 A number of celebrities have been known to be completely different when in front of the camera, rather than when they’re approached in person behind closed doors.

Apparently, Dennis Rodman fell into that category when he played in the NBA.

Rodman was known for embracing the spotlight, sometimes saying or doing something shocking to draw attention to himself.

But apparently, that was all an act.

Former teammate Steve Kerr, now head coach of the Warriors, shared an interesting take about Rodman in speaking to Scott Van Pelt on “SportsCenter.”
Brady, Gronk make reunion official
Baseball HOF won’t consider virtual 2020 induction
WarriorsWire logoKerr: Behind the scenes, Dennis Rodman was quiet, shy on Bulls
You know Dennis Rodman as the star with the dyed hair. The guy with all the piercings. The one who visited North Korea and became a friend of Kim Jong-un.

Dennis Rodman, Ed T. Rush playing a game of basketball© Provided by WarriorsWire
Behind the scenes, though, Rodman was quiet and rather shy as a member of the Chicago Bulls, former guard and current Golden State Warriors head coach Steve Kerr told Scott Van Pelt on Sunday after the release of the first two episodes of “The Last Dance.”

Next weekend, Rodman will be featured in the documentary. Van Pelt asked Kerr what the public will be surprised to learn.

“I think just how shy and quiet Dennis was,” Kerr said. “The real Dennis.”

“Behind the scenes he liked listening to Pearl Jam, he liked hanging out with his teammates, he liked lifting weights and he rarely said a word in practice,” Kerr said.

“But when he got in front of the crowd, like you see in some of these images, he became a different person.”

“Genuinely, he was just a good dude,” Kerr said. “Guys really liked to hang out with him and he was pretty unassuming, actually.”

That’s news to our ears for sure.