stop the vote on Free Pour 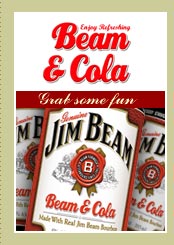 South Carolina has finally done it; they have ruined a good thing. I am starting a campaign called “size does matter” bring back the mini-bottle.

I am not sure what idiot’s voted to allow free pour, but they should be hung in town center. By allowing free pour we are giving all the power to unlicensed college-age bartenders. Drinking at my favorite new watering whole last night I realized that after drinking 4 or 5 bourbon and gingers that I was getting screwed in the amount of alcohol I was being served.

For those of you that live in states that have always had free pour you have been getting screwed like “Jenna Jamison in a gang bang” for years. Say in a average night you go out and drink 8 vodka tonic’s well in today’s free pour standards that is only 10 ounces of liquor, if the standard pour is 1.25 ounces.

Well back in the day, oh last month, you went out and had 8 vodka tonic’s you would have received 12 ounces of liquor. The same goes for the prices of drinks, we are now paying more to get less.

I know South Carolina has made mistakes in the past but this one might have a lasting effect on the growing alcoholic population. Kids are going to have to reason to go to college now, people will actually be productive at the jobs and last but not least, ugly people will never get laid.