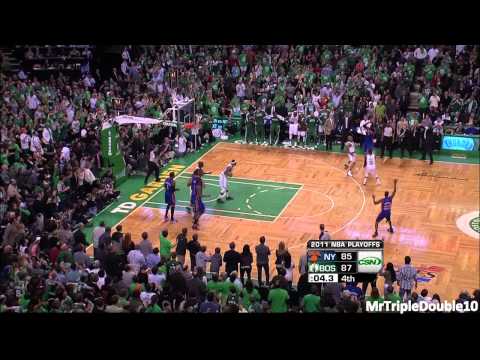 Since we’ve examined the strengths and weaknesses of the ECU offense, the next logical step would be to do the same for the defense.

There’s plenty of storylines heading into 2016 for the new look Pirate defense. It will be a year of transition for a group that struggled last season to replace its leading tackler, linebacker Zeek Bigger, and to get used to the 3-4 scheme under new defensive coordinator Kenwick Thompson.

There are reasons for optimism, though, so let’s take an early look at the strengths and weaknesses of ECU’s defense.

Linebackers – A major source of optimism for the ECU defense this season is the returning linebacking corps. Despite the loss of Bigger’s team leading 98 tackles a season ago, the Pirates return their second leading tackler, sophomore linebacker Jordan Williams (81 stops, 2 sacks, 6 TFL). Williams got better as the season progressed and will look to continue that trend as he takes over a leadership position as a junior.

Sophomore Darius Commissiong is poised to breakout after earning most improved player this spring. Commissiong’s size (6-2, 305) and versatility–he spent portions of last season on the defensive line–will be vital to the Pirate defense. Another potential breakout candidate is junior Yiannis Bowden, who a year ago had 19 tackles, three and a half of which were tackles for a loss. His ability to make plays in space, as well as getting into the backfield, should pay dividends. Elsewhere, the Pirates have juniors Ray Tillman and Joe Allely, who played in ten and eleven games respectively in 2015.

Thompson’s 3-4 scheme is predicated on skill and depth at the linebacker spot, which ECU just so happens to have. If this group can adjust to the new scheme and play downhill, they should be a handful for opposing offenses.

Secondary – The Pirates return three of four starters from last season’s group that held opposing passing attacks to just 226.4 yards per game and had four in the top fifteen in tackles. All eyes will be on senior DeShaun Amos, who had an outstanding spring that was capped off by winning the Defensive MVP of the Purple-Gold spring game. Another major player will be senior DaShawn Benton, who made huge strides during the spring. The Pirates also have a host of hungry defenders, including corners Corey Seargant, Dedrick Hawkins and Austin Teague, all of whom have the ability to make plays for the defense. Hawkins had a team high eight tackles in the spring game, while Seargant’s play earned him rave reviews from the coaching staff throughout the spring.

Learning the ropes – While the 3-4 scheme certainly fits with the returning Pirate personnel, the fact remains that the players will have to adjust to new assignments, positions, calls and everything else that installing a new system entails.

The Pirates won’t have a lot of wiggle room to get adjusted. They’ll plunge straight into the heart of the non-conference schedule with a week two matchup against NC State, followed by clashes with South Carolina and Virginia Tech. True, none of those three are offensive juggernauts, but they’re still catching the Pirates early enough in the transition process to be troublesome.

Once ECU gets through that, they have to face their AAC slate, chock full of different types of offenses and attacks. Hopefully, the Pirate defense can get their issues ironed out by the beginning of October, otherwise they’ll hazard getting washed over in the back half of their AAC schedule.

Defensive line – The Pirate defensive line isn’t a weakness per se, but when compared to the talent and depth at the linebacker and defensive back positions, the Pirate front is a bit lacking. They have talented options in senior Fred Presley, senior Demetri McGill and junior Demage Bailey. McGill started ten games at the nose tackle position last season, which is crucial in the 3-4. Presley, the fifth leading tackler (44) for ECU a year ago, will once again anchor the line. Beyond those three, only junior Mike Myers and sophomore Justin Brown saw extended action in 2015.

The good news is that the defensive line doesn’t need to necessarily be deep in the 3-4, but the more bodies, the better, especially as the season drags on and injuries start to pile up.

In the past, ECU has garnered the reputation as having high-powered offenses with bend-but-don’t-break defenses. This year will be a transition year for the Pirate defense, but it’ll also be an opportunity for them to change how they’re perceived. That’s big picture. The Pirate defense will be best served by taking 2016 one step at a time. They have the talent to achieve success, but like anything else, it’ll be tough.