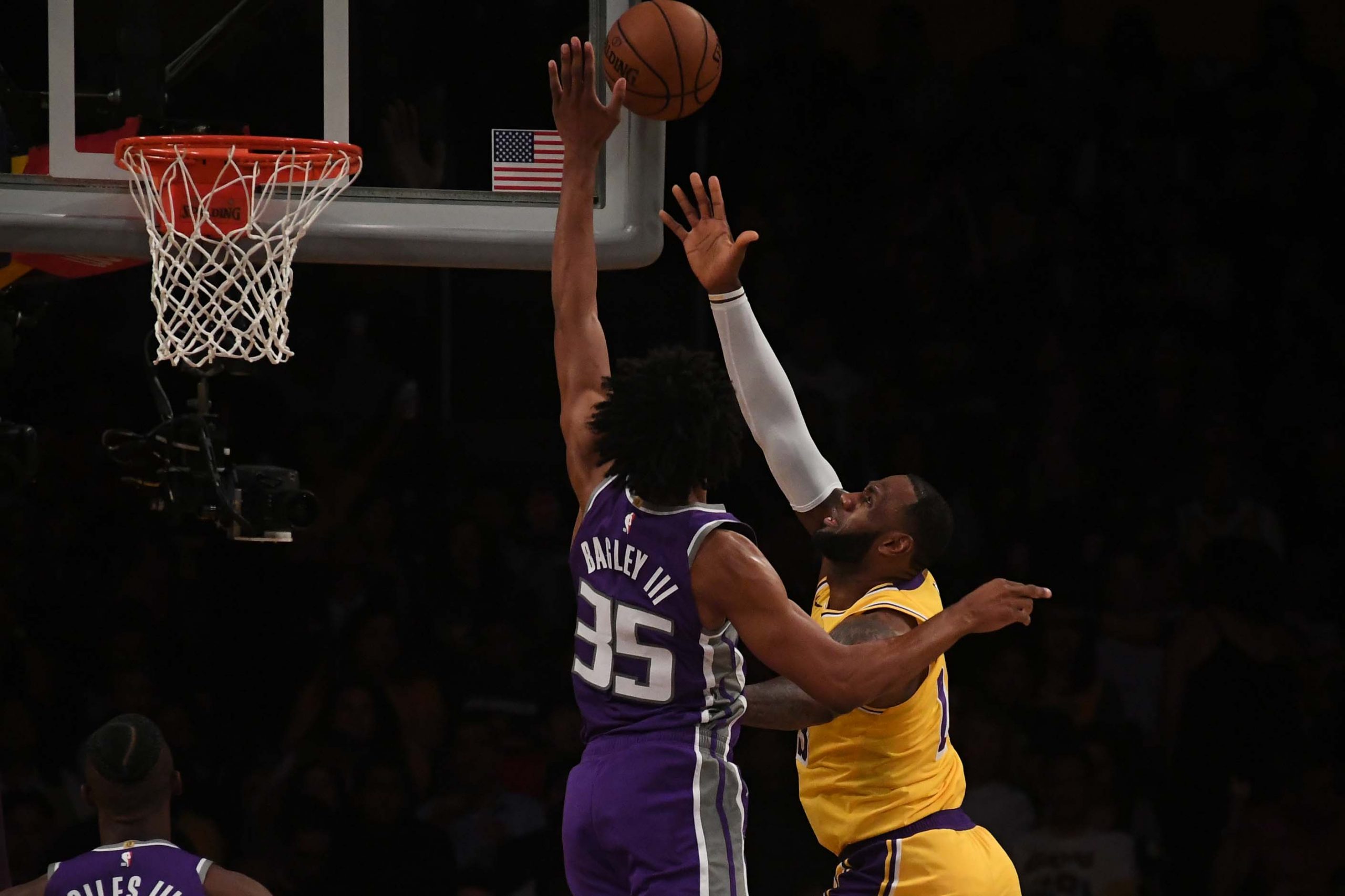 The Kings are a very ugly 1-2 through three preseason games, struggling to keep pace with competition beyond the Devin Booker-less Suns. Preseason games don’t mean much and the product will be more watchable with Bogdan Bogdanovic on the court. With that said, the Kings are setting low expectations for the 2018-19 campaign.

In the midst of what projects to be a long rebuild, that shouldn’t come as a surprise. The Kings aren’t supposed to be good and, as a result, the Sixers or Celtics will be gifted with a high lottery pick. How the Kings manage their rebuild is what should worry fans.

Any lineup that features Marvin Bagley III at small forward is concerning. He’s nimble for his size, but his game is best-suited in a power forward (or small-ball center) role. The modern NBA requires versatility, and the Kings are only hurting Bagley’s development by stuffing him into rotations with multiple non-shooting bigs.

Hopefully those rotations are less frequent upon Bogdanovic’s return or just part of Joerger’s expanded (and experimental) preseason playbook. At no point in the regular season should the Kings toy with three or four-big lineups.

On a more positive note, De’Aaron Fox has shown some promising flashes in the early going. He wasn’t the best guard prospect in the 2017 class, but his dynamic athleticism and budding skill set leave plenty of upside long term.

It’s clear that the Timberwolves front office is clueless when it comes to handling the Butler situation. The locker room tension will be palpable if Butler returns after a trade request Thibs has publicly acknowledged. Not to mention Karl-Anthony Towns’ extension, which he presumably signed under the assumption Butler was gone.

Luka Doncic was the firm No. 1 prospect on my draft board. That was the case for several, if not most draftniks around the internet. That shouldn’t be used to tear down Ayton, though.

With his physical gifts and impressive all-around skill set, Ayton is going to be really good. He’ll put up big numbers as the Suns’ second option and he’ll probably get Rookie of the Year love as a result.

Long term, his shooting touch and passing chops should keep him relevant in the modern NBA. He’s also a mobile defender, allowing him to survive switches and defend in space. That was arguably his best trait at Arizona.

His defense remains a work in progress, but Ayton has the tools needed to become an elite presence under the right circumstances. We’ll see if Igor Kokoskov and the Suns can coach him to two-way excellence.

I won’t give an order, but here are the five players who should top preseason MVP ballots.

He’s the best player in the world and the clear-cut alpha on an inexperienced Lakers team. He’s going to get them to the postseason on sheer force of will, despite the current roster’s dire need for defensive stability. His stat line, impact and storyline will give him a good chance.

The Bucks finally have an elite coach to pair with Antetokounmpo’s elite talent. With personnel upgrades and a more effective system, expect Giannis to take another step forward while propping his teammates up as well. Milwaukee has the chance to make some noise in the East.

It’s only preseason, but Leonard looks healthy. The Raptors were the best team in the East last season and Leonard is a sizable upgrade over DeMar DeRozan. An elite defender and efficient scorer, expect Leonard to cement himself once again as a top-5 player.

Harden has finished top-2 in MVP voting for three consecutive seasons. Winning back-to-back awards is tough, but he has been in the conversation with impressive consistency over the past few seasons. Don’t expect that to end now.

There have been debates over who the Warriors’ best player is. As for their most important player, however, there isn’t much of a debate — it’s Stephen Curry. As long as he stays healthy, Curry is the cylinder that sparks the NBA’s best team. His numbers have tumbled slightly since the Durant signing, but he’s still historically great.