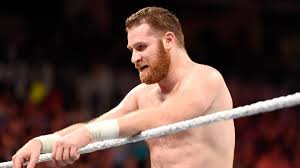 The Superstars of WWE have officially been shaken up.

In what is apparently going to be this brand split’s version of a draft, superstars on Raw and SmackDown were up for grabs in an attempt to create new matches an I personally preferred the old draft layout. I liked the idea of a Raw star facing a SmackDown star and the winning show would get the random draft pick. Seeing the Titantron showing the quick montage of Superstar pictures with the “intense” music until the picture roulette stopped to show who was switching sides added a level of excitement to the evening.

I would have also liked to have seen NXT thrown into the mix as well. I know that we got the debuts of Shinsuke Nakamura, Tye Dillinger and The Revival last week, but why not throw in another NXT call up or two during the Shake Up? If anything, those three debuts could have been held off for another week. We would not have minded that.

In any event, the new wrestling fiscal year is off to a brand-spanking new start. Here is a rundown of those who have changed t-shirt colors.

APOLLO CREWS – Things kicked off a few hours before Raw even began with the online announcement of the first superstar to be shaken up, Apollo Crews. Crews has the exciting in-ring talent to be a star, he just needs to cut out the “just happy to be here” attitude. Hopefully a new show can help facilitate that character change.

THE MIZ / MARYSE – The first on-air switch comes with arguably the hottest star on SmackDown, The Miz. I, like probably most of you, were expecting a Miz/Shinsuke feud after The King of Strong Style debuted last week. NOPE! So that is a little disappointing but I’m sure Miz and his wife will quickly be able to find their Monday night DEAN AMBROSE – Shortly after Miz shows up we get The Lunatic Fringe coming back to Raw. Ambrose set his comedic tone quickly and would later put on a great match against Kevin Owens. And he…WAIT! Is that a ring on his left hand??

BRAY WYATT – This was arguably the biggest surprise of the night…and most exciting since we were give a tease of a Bray Wyatt/Finn Balor feud. And then it became quickly confusing as The Eater of Worlds announced that he, a Raw star, will still take on Randy Orton, a SmackDown star, on a Raw pay-per-view for the SmackDown title in a match that still nobody knows anything about. Hhmmm…

KALISTO – I’m sure this will end up being Kalisto making his way to the Cruiserweight division…which isn’t necessarily a bad thing. I, for one, can’t wait for a Kalisto vs Neville match.

HEATH SLATER & RHYNO – Apparently they are still a team.

ALEXA BLISS – Bliss was the biggest star of the SmackDown women’s division since the draft last summer. It will be interesting to see how she does with much better competition.

MICKIE JAMES – I have never been on board with Mickie basically being Bliss’ lackey on SmackDown. Hopefully that changes on Raw.

JINDER MAHAL – I could say something positive about Jinder, but all I can think of is him throwing a cup of water at Rob Gronkowski. Not the liquid, no, the cup in the shoulder. Hard to take him seriously after that.

KEVIN OWENS – When Dean Ambrose, the Intercontinental Champion, made his way to Raw, it was a foregone conclusion that Owens, the United States Champion, would be headed to SmackDown. My initial reaction was anticipation for Owens vs AJ Styles. Apparently I won’t have to wait that long!

SAMI ZAYN – A switch to the Blue show has been teased for Sami for months. If you have been following along with my posts, you know I feel Zayn is in line for a stong 2017. A change of surroundings is a nice start.

THE SHINING STARS – When first seeing Primo and Epico taking out American Alpha it was just “oh, so they’re on SmackDown now.” It ended up being the most interesting thing a Colon has done on WWE TV since spitting an apple!

TAMINA – Oh yeah, Tamina is still a thing. She had potential, hopefully not all of it is gone now.

CHARLOTTE FLAIR – Right, we’re officially doing the Charlotte FLAIR thing now? Whatever the name is, Charlotte has set the foundation to be one of the biggest woman’s stars in history. It will be interesting to see how the rest of the SmackDown woman work with her.

LANA – And apparently that division will include Lana! She has been spending a lot of time at the Performance Center. Looking forward to see how she looks on her own.

SIN CARA – Did YOU know he was still in WWE?

RUSEV – Really sad to see that Rusev switching shows was relegated to the equivalent of the “others receiving votes” segment. I am hoping that it’s just because he is injured and he will be set to be the real Bulgarian Brute again when he comes back.

THE NEW DAY – The Superstar Shake Up ended with a video package announcing that The New Day is coming soon. It’s kind of odd that they are “coming soon” since that wrestled on Raw the night before. Are they holding them off until Kofi recovers from surgery?

SO WHAT DID YOU THINK OF THE SUPERSTAR SHAKE UP? WHAT SHOW IMPROVED MORE? WHAT MOVE/LACK OF A MOVE SURPRISED YOU THE MOST? FOLLOW US ON TWITTER @FROM_THETOPROPE AND LIKE US ON FACEBOOK AND LET US KNOW!