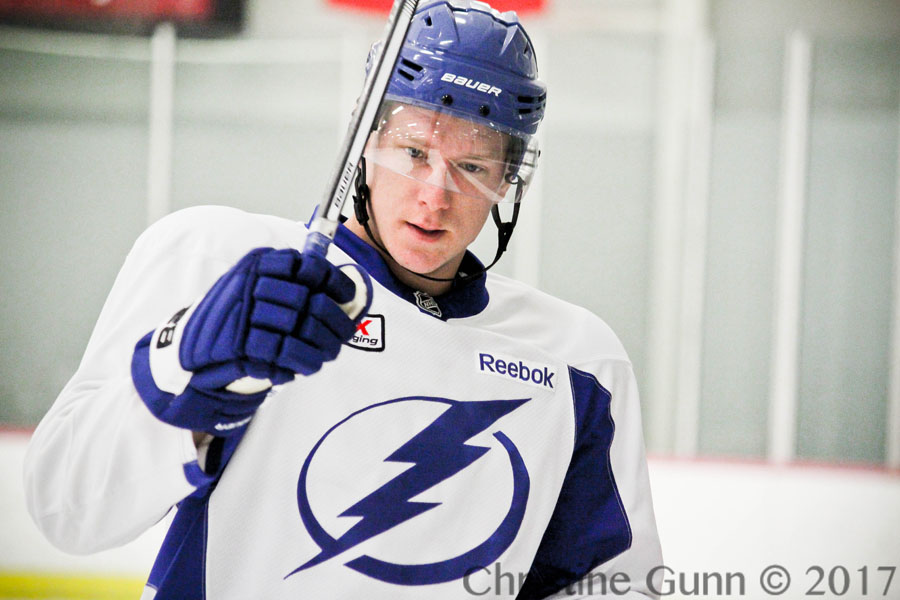 The Tampa Bay Lightning have re-signed forward Ondrej Palat to a five year, $5.3 million AAV contract.  Palat has a full no trade clause for four years and a partial for the final year of the deal.

Palat, 26, skated in 75 games with the Lightning during the 2016-17 season, posting 17 goals and 52 points to go along with 39 penalty minutes. The Frydek-Mistek, Czech Republic native ranked third on the Lightning for assists (35) and plus/minus (+8), fourth for points and tied for fourth for power-play goals with five. Palat’s 19:07 average time on ice last season ranked second among all Lightning forwards.

During his rookie season in 2013-14, Palat posted 23 goals and 59 points, and was named a finalist for the Calder Trophy as the league’s top rookie. Palat has also represented his native Czech Republic numerous times in international play, including the 2016 World Cup and 2014 Winter Olympics. He was a member of the Norfolk Admirals of the American Hockey League when they won the Calder Cup in 2012.

Palat was originally drafted by the Bolts in the seventh round, 208th overall, at the 2011 NHL Draft.

GM Steve Yzerman on Palat: “He plays in all situations for us. He plays hard. He’s a very quiet guy, but he’s a very good all-around player. Maybe he flies under the radar a little bit. I’m not sure people recognize how good of a player he is and how complete of a player he is in all facets of the game.

With reports that Ondrej Palat has signed a new 5 year/$26.5M deal, the #Lightning now have an estimated $3.25M in projected cap space. pic.twitter.com/PHN48wtfAr