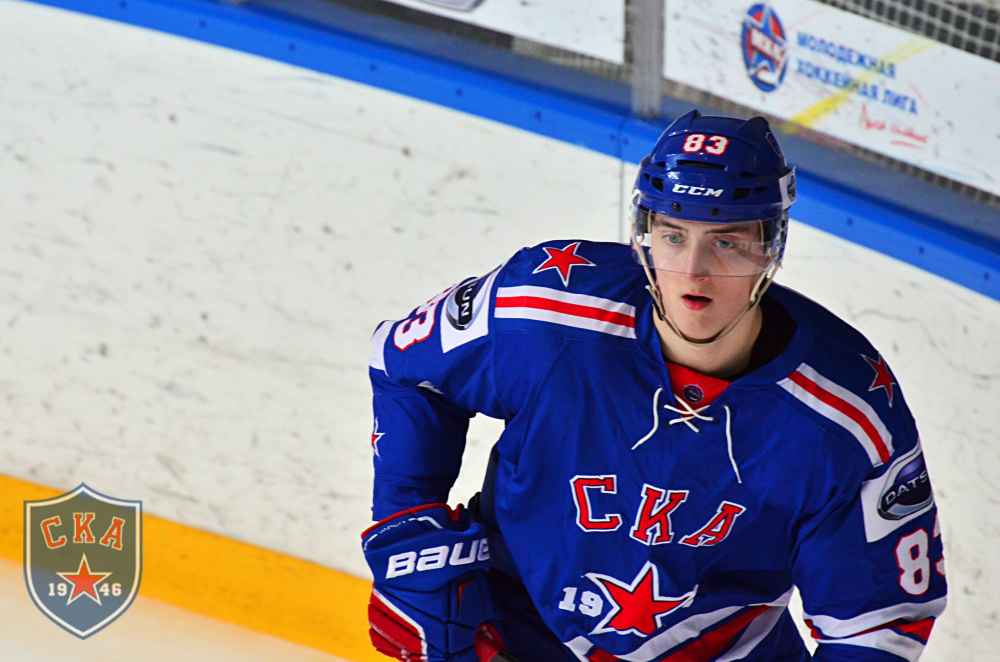 The Tampa Bay Lightning have signed Alex Volkov to a three-year entry-level contract.

The Moscow, Russia native has played in 128 career games with SKA St. Petersburg over four seasons, registering 33 goals and 61 points to go along with 88 penalty minutes. During the 2014-15 season, he helped his club win their first ever Kharlamov Cup, posting a goal and two points during the playoffs.

Volkov was selected in the second round, 48th overall, at the 2017 NHL Draft. He’s currently attending the Lightning’s development camp at the Ice Sports Forum, which will be held through Saturday, July 1.

Volkov will start the season with the Crunch (AHL) in Syracuse.