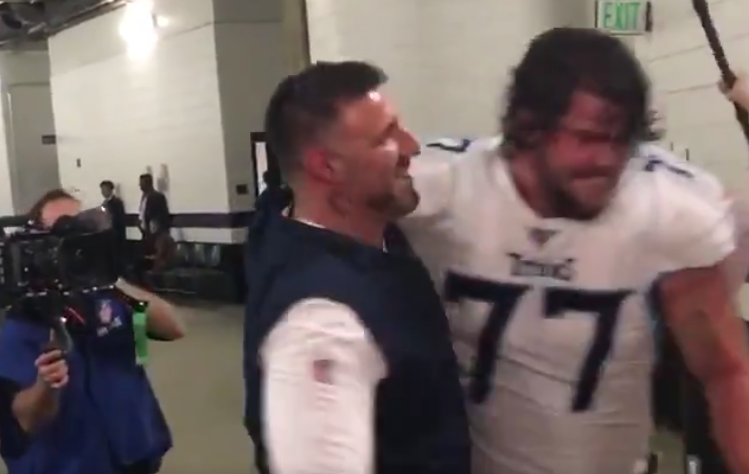 Titans head coach Mike Vrabel said he’d make a major sacrifice if the team were to win a Super Bowl, earlier in the summer, and he might be regretting that comment right about now.

Vrabel made an appearance on a podcast, along with Titans offensive lineman Taylor Lewan, and it was then that he said he’d cut his penis off for a Super Bowl win.

Well, the Titans are now just one win away from a Super Bowl appearance, following Saturday’s 28-12 win over the Ravens in the divisional round.

Lewan made sure to remind him of his past comment when the two were celebrating in the tunnel, just outside their locker room.

“That piece is coming off!” Lewan yelled, resulting in some laughter between the two.

Taylor Lewan greeted Mike Vrabel postgame with "that piece is coming, that PIECE IS COMING OFF!" pic.twitter.com/hHHYeM7c33

Wonder what Vrabel’s wife thinks about this.