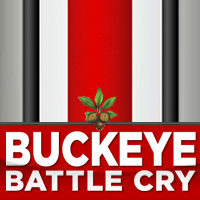 The Buckeyes signal caller has done nothing but rewrite the passing records at Ohio State since starting his first game in 2014 but he takes on some of the blame for a perceived lack of a passing game. More specifically, taking the blame for there being no down field threat this season. In all honesty, that complaint has really been unwarranted for the most part and he has still put up “like” numbers from two seasons ago.

The Tigers lead man has had an almost identical season in his quest to rewrite all of the records he can. He has been a back-to-back Heisman finalist and hopes to add to his already legendary status by bringing a national title home to Clemson fans. He isn’t short of confidence and believes he is the best QB in the nation and has said so.

His statistics the past two seasons have been almost video game quality. He’s completed 329 out of 487 passes for 3,914 yards for 37 TD’s and has only been sacked 11 times all season. He hasn’t needed to carry the ball near as much this season thanks to Wayne Gallman’s thousand yard season but still put up over 500 yards on 100 plus carries. His lone achilles heal appears to be his INT’s which he has 15 and three of them came in the PITT loss.

JT Barrett is living the season he wishes he could have taken part in two seasons ago, but had to look on from the sidelins as third stringer Cardale Jones won it all. Barrett has more than proven himself as a capable leader and the stats never show his true grit. That comes out in crunch-time and in those situations where he just wins.

Deshaun Watson is one of those QB’s that only comes along for a Dabo Sweeny once in a great while and it would be a shame for him to not finish his career winning it all. The one thing that he has on JT Barrett in my eyes is the semi-final and final experience and having faced Alabama for all the marble last season gives him the slight edge here.

Where Watson has the edge is in the slimmest of terms because I have to beleive JT has been prepared for this his hole life. These two warriors will be on display for the entire world to see and I doubt either will disappoint.

With all the chips on the table for a chance to make it to the finals against probably Alabama, these two top nothed QB’s will have some of the same worries. Both are playing very talented front sevens that will reak havoc on the opposing o-lines all night and keep each QB on the move.

The area that might actually give JT Barrett a slight edge in my opinion will be the cover group of Clemson’s secondary. We all know what kind of ball-hawkers the Buckeye secondary has been as they are one of the nation’s leaders in INT’s and pick-sixes. If the Buckeye wide receiver corps can get free and JT can hit some crossing and slant pattern, the Buckeyes may come out on top.

The Buckeyes move on thanks to the Silver Bullets stepping up to the challenge. 24-17 Scarlet and Gray.