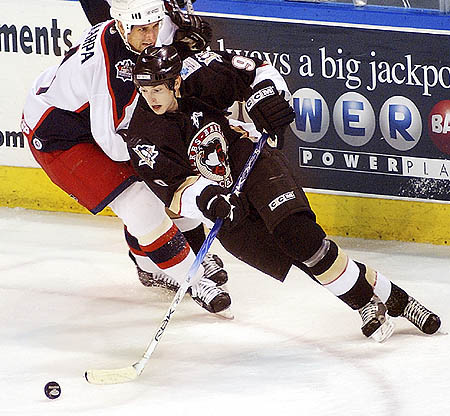 So as you probably know if you’ve read any of my #TBT blogs, I’m a big fan of Ryan Whitney and Paul Bissonnette’s Spittin’ Chiclets podcast. In fact, it happens to be my second favorite hockey podcast behind our very own Patrick Damp‘s Dying Alive podcast (download, rate, subscribe, GFY, etc. – not my words, Pat’s) with Jesse Marshall and Mike Darnay.

Anyways, since we’ve witnessed the likes of Zach Aston-Reese and Ian Cole drop the mitts during this past Tuesday’s game against the Panthers, it reminded me of one of the most hilarious hockey stories I’ve heard about regarding a guy we’re all familiar with that we, too, don’t necessarily associate with fighting – the one and only, Colby Armstrong. 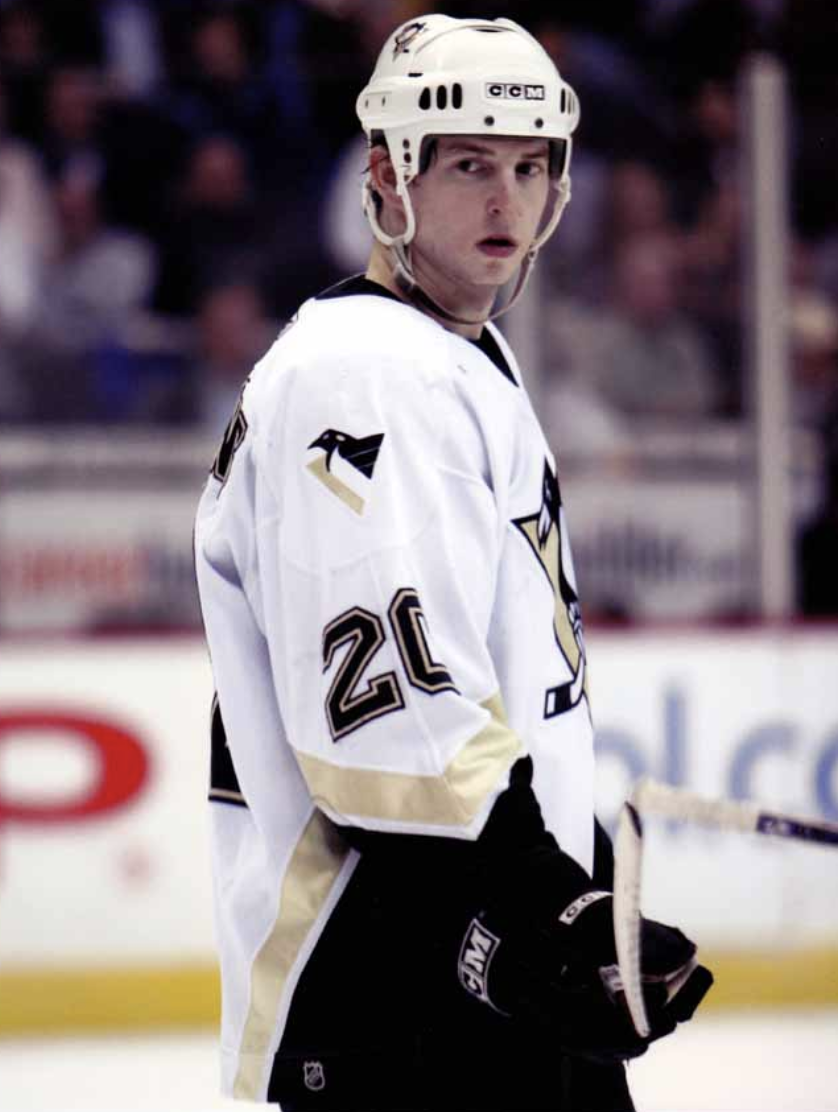 In case you can’t watch/listen to the video above – Whitney and Biz recount the infamous story of Armstrong’s first career professional hockey fight. And my god, is it a fucking gem.

Sportsnet used to also have a radio clip of Armstrong’s firsthand account of the story, but for whatever reason it’s been scrapped from the internet. However, you can still read their write up here.

The year was 2003 and Colby Armstrong was a 20-year old rookie for the Pittsburgh Penguins minor league affiliate, Wilkes-Barre/Scranton Penguins. According to Armstrong, he never looked at the game notes of his opponents prior to games – mainly because he claims he had a few good games without looking at them so it started to turn into a habit.

This would ultimately come back to bite him in the ass big time.

During a game against the Utah Grizzlies that season, Armstrong got his stick up high on an opposing player by the name of Gavin Morgan – a small, wiry guy, three inches shorter than Armstrong. Morgan didn’t take too kindly to this and promptly threw a punch in the direction of Armstrong’s face, which he ended up dodging. Almost immediately, the two received minor penalties and were sent to the penalty box.

While skating to the box to serve their penalties, Morgan made it evidently clear that things weren’t over between the two of them as he made a “WWE throat slash” in the direction of Armstrong. And to take it a step further, he even threw a water bottle in the direction of Armstrong while sitting in the box (which would accidentally hit the lady running the score clock in the head instead).

As the penalties ended, the two skated back to their benches without acknowledging each other. Armstrong, however, knew the inevitable was coming. Sitting at the bench with utmost confidence about the prospect of hammering the “little guy,” he eventually sneaked a peak over at the other bench as Morgan was staring down back into Armstrong’s soul taping his wrists with hockey tape while his trainer began unscrewing the visor off of his helmet.

At this point, it was only a matter of time. The two were going to engage in fisticuffs.

During their next shift on the ice, Armstrong almost immediately put Morgan on his ass with a shoulder check. When Morgan got up, it was go time.

Three or four punches later, it was over.

Armstrong would ultimately make his way to the dressing room with a bloody face and his tail between his legs. The “little guy” got the better of him.

When the period ended, the rest of his team began to make their way to the dressing room. It was at that point, Armstrong’s teammate and former first overall pick of the 1993 NHL Draft, Alexandre Daigle, shared some infamous words of wisdom with the bloodied rookie: “Check the game notes, kid.”

Gavin Morgan would ultimately end that season with 244 penalty minutes. To put it simply, the guy was an absolute badass and Armstrong had zero idea. You live and you learn, I guess.