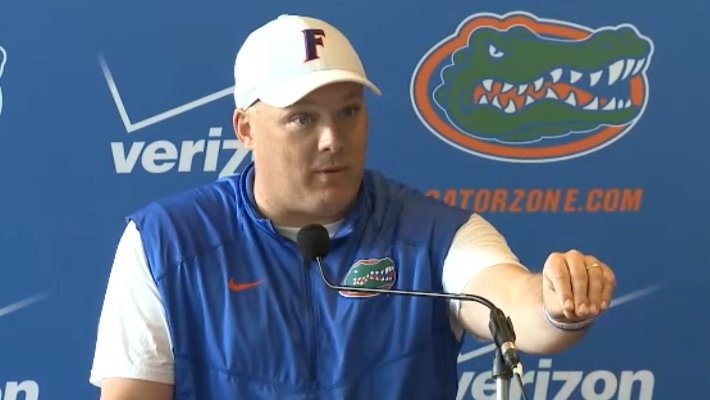 The search for Temple’s new head football coach is over and the man taking over the job was a guy that did not appear on anyone’s list. Florida defensive coordinator Geoff Collins will become Temple football’s new head coach according to multiple sources and experts are calling Collins a great hire by Temple. Collins was on the same coaching staff as former Temple coach Matt Rhule at Albright College (1998) and Western Carolina (2002-2005).

Collins coached a Florida defense, who was top-10 in the FBS in scoring defense, total defense, and passing defense over the past two seasons and he is known as “The Minister of Mayhem.” It’s a fitting nickname for an excellent defensive mind that can take a Temple team, who has been a top-10 ranked defense the past couple years itself, even further than Rhule did.

Collins has 20 years of coaching experience and has coached in 11 bowl games. This second time in recent years Temple has hired an assistant coach from Florida to take over as their new head football coach (Steve Addazio) and Collins’ SEC ties could possibly open up a new recruiting area to Temple

Only three teams have been ranked in the top-8 in the FBS in defense the past two years and two of those teams went on to win a National Championship (Alabama and Ohio State). 17 players, eight alone in 2016, that Collins has coached have gone on to play in the NFL and three of those players have been first round picks, including Philadelphia Eagles’ Pro Bowl defensive tackle Fletcher Cox.

Temple Athletic director Pat Kraft deserves a lot of credit because it looks like he has aced this hire and with Collins, Temple football can continue to progress in the right direction. There will be a press conference tomorrow to announce Temple’s hiring of Geoff Collins and there will be more details on that later.