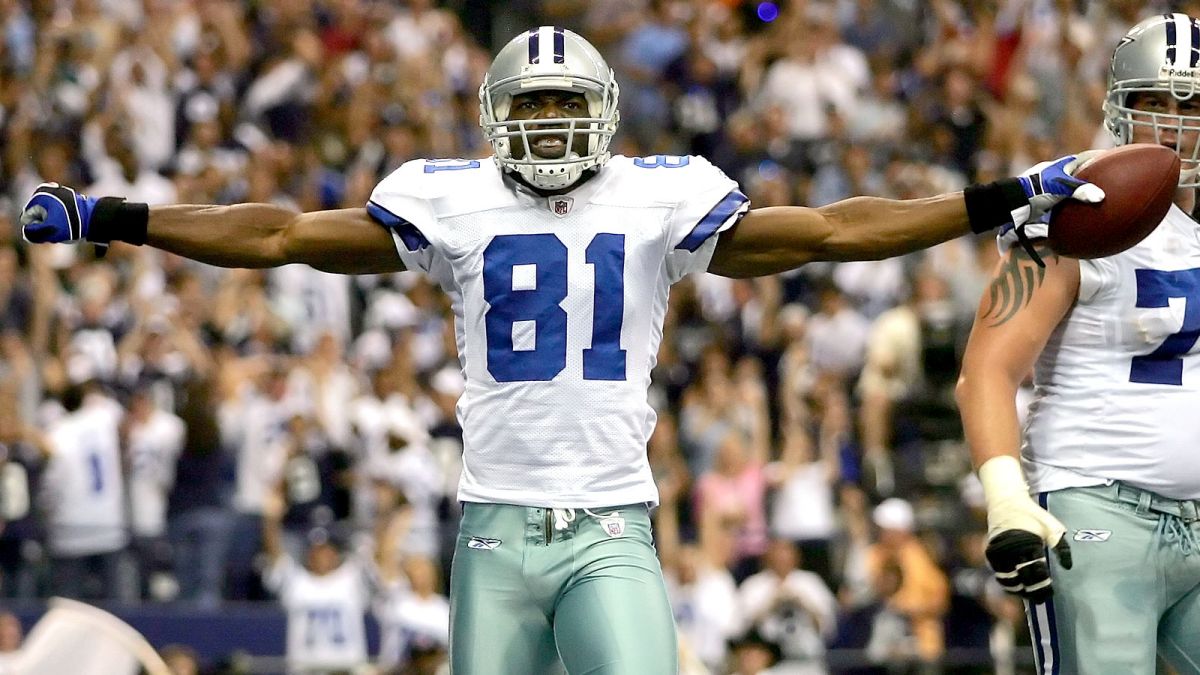 If there’s one through line in Terrell Owens’ career, it’s how his reputation precedes him. Stunts like his decision to not attend his Hall of Fame induction tonight only bolster some cries that he doesn’t deserve to be enshrined.

But his personality is largely what has taken him to this level. Moments like him talking to the press while working out shirtless in his driveway are perhaps better remembered than his performance on the field.

In the twilight of his career, that was a blessing and a curse for the Cowboys for three years (and even beyond his tenure in Dallas).

Here’s a look back at his greatest hits with America’s Team.

Say what you will about Tony Romo – was he the king of Dallas or a curse? – but without Terrell Owens, we may never have even known the former undrafted star.

When Drew Bledsoe went down during a rout over the Houston Texans, Romo stepped in to finish the game and ultimately take the reins the next decade. Owens hauled in two touchdowns from Bledsoe and was on the receiving end of Romo’s first career touchdown.

To top it off, he gave an ode to one of the other moments later in this list.

That would lead to an unforgettable combination between No. 81 and 9 the next three seasons, connecting for a couple dozen of touchdowns.