Texas A&M Still Working On Figuring Out This SEC Thing

You’ll have to excuse Texas A&M’s latest move, as they know not what they do.  The Aggies, while scrambling to complete their 2012 schedule, agreed to play Louisiana Tech in Shreveport to open the season in exchange for a return game in College Station and 125 complimentary buffets at the Gold Strike (note: still trying to verify the second part of that).

I’ve never tried to put together a college football schedule, or really any schedule, so I’m sure I would be horrible at it.  Teams would probably end up playing on an abandoned lot behind an Omaha middle school on a Wednesday afternoon.  But, I do know enough that unless you really really really really want to go to a bowl game, NEVER voluntarily schedule a game in Shreveport.

As an Ole Miss fan and a veteran of the Independence Bowl process (three trips in five seasons), I can say that one of an SEC team’s goals each season, though well down the list and in fine print, was to NOT go to Shreveport for any reason, unless passing through on the way to Dallas and the Cotton Bowl.  So to voluntarily subject your team and fans to the Shreveport-Bossier City area is just plain mean and decidedly anti-SEC.

However, we shall forgive you, newbies, this time due to your lack of awareness (though just what the hell were they teaching you in SEC orientation?), but let’s not make this choice again.  And while we’re talking, what is this only four home games in 2012 business?  If you don’t have at least seven, you are most certainly not doing it right.  Oh, you thought non-conference road games are common in the SEC?  I LIKE YOUR SENSE OF HUMOR.  We play in the best conference in America, son.  You got to add some Georgia Southern, Southern Illinois, Kent State, Western Kentucky, Tennessee-Martin, Coastal Carolina, and Elon if you want to make it to the end of the year and a SEVENTH STRAIGHT BCS CHAMPIONSHIP GAME.

Related To The Belly of the Beast 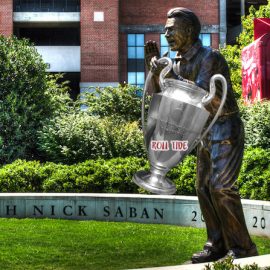 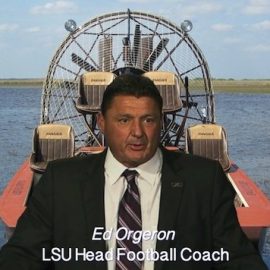 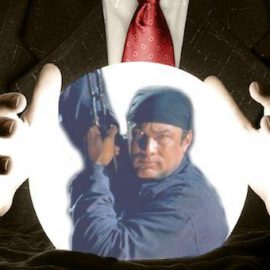