Thanks for the Memories, Dirtbag! 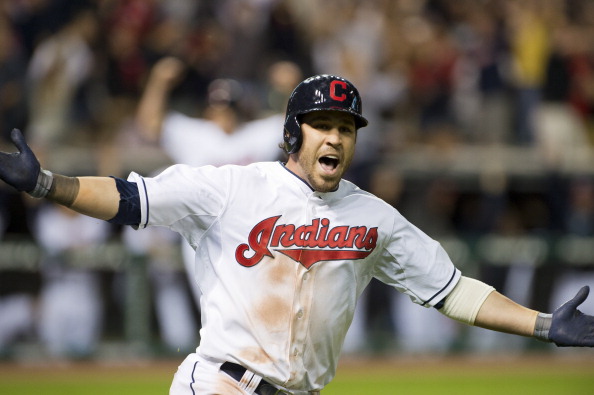 Last week, second baseman Jason Kipnis signed a minor league contract with the Chicago Cubs, ending his nine-year Indians career. Kipnis’ tenure with the Indians had its ups and downs, but the good far outweighed the bad, and any fan will agree that he earned his nickname “Dirtbag” the old-fashioned way.

Over nine major league seasons with the Tribe, the 2009 second-round pick out of Arizona State hit .261/.333/.417, averaging 18 HR, 76 RBI, and 20 SB. Kipnis, a converted college outfielder, did not play gold glove defense, but he was a solid, hard-nosed second baseman who more than held his own in the field.

The past few years for Kipnis were marred by injury. To Kipnis’ credit he did his best to play through various injuries, but his performance really suffered when he wasn’t playing at 100%. This past season, in 2019, Kipnis was mostly healthy, and although his stats did not come close to his All-Star seasons, he tended to hit in timely situations and slugged 17 HR during a season when the team was chasing the Twins for the AL Central title throughout the season.

My favorite memory of Kipnis will always be his willingness to change positions during the 2017 postseason. That season, in the thick of a pennant chase, Kipnis had a hard time staying healthy. This led to the emergence of Gio Urshela and Yandy Diaz at third base while superstar Jose Ramirez showed off his gold glove caliber skills at second base. This led manager Terry Francona to make the difficult decision to move Ramirez to second base for the postseason, leaving Kipnis to shag balls in the OF without much time to prepare before the ALDS. Always the team player, Kipnis was committed to doing whatever gave the Indians the best chance to win. He took the move to CF in stride, a position he hadn’t played since he was in the low minors. Although everyone forgot how to hit in the ALDS against the Yankees and the series ended in heartbreak, Kipnis gave us this thrilling moment in centerfield that sealed a Game 1 win for the Indians:

For his career, Kipnis has made four trips to the postseason, in 2013, 2016, 2017, and 2018. He was here for the Indians’ turnaround under Terry Francona in the 2010’s, and has been a clubhouse leader over the past nine seasons. Dirtbag is headed home to Chicago for the 2020 season, and here’s hoping he finds success in the Windy City. Although if the Indians were to meet the Cubs in the World Series again, this time the Tribe is taking Game 7. Sorry Dirtbag, but other than that best of luck and thanks for the memories!