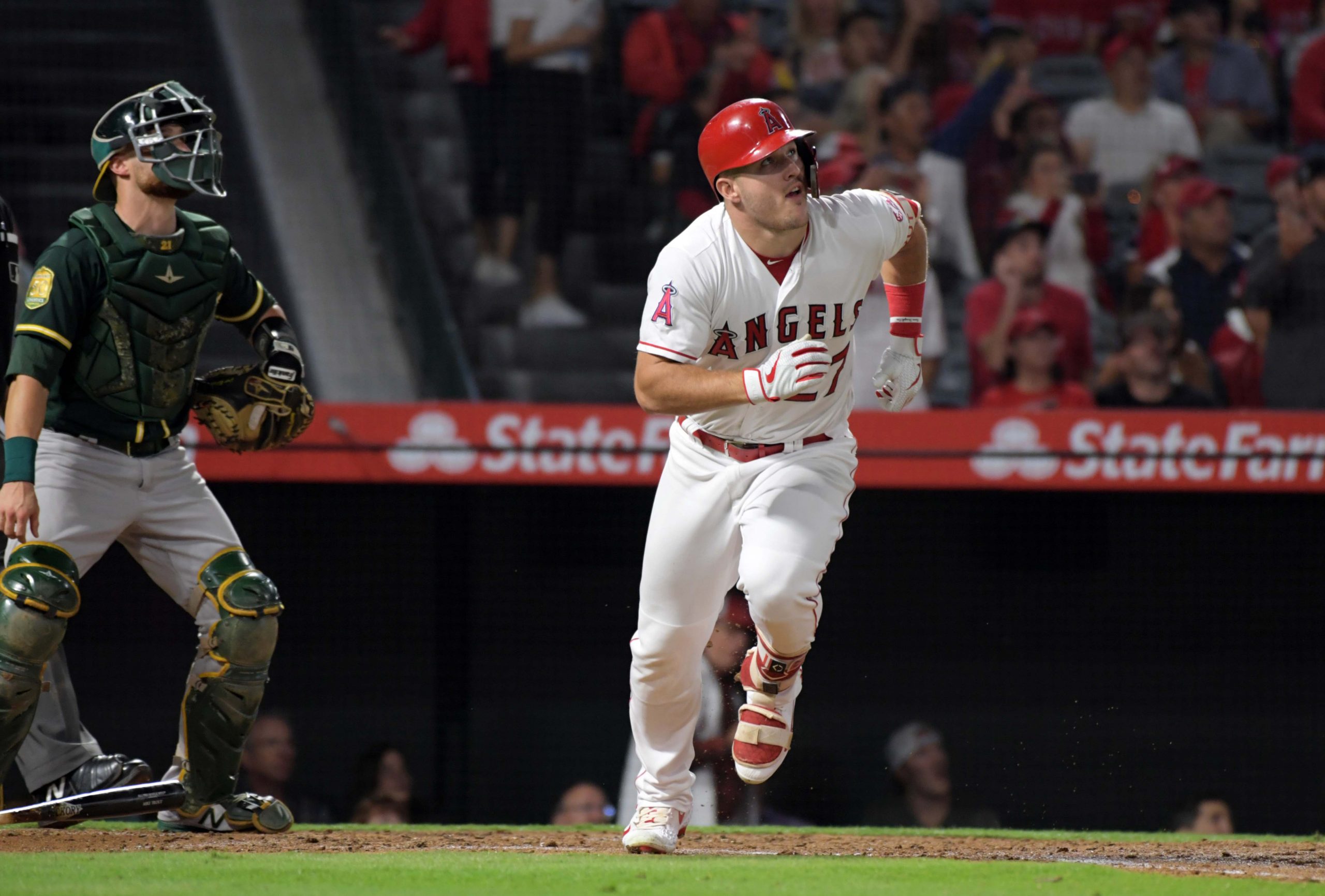 The 2018 MLB season is technically far from over because we’re still waiting to see who captures October glory in the World Series. But in reality, 26 organizations have already turned the page to the offseason and are gearing up for the next few months leading into next March.

Some players are happy the regular season is in the rearview mirror, but there are also plenty that will look back on the past six months fondly, hoping they can carry that momentum into 2019.

With wRC+ as our measuring stick, these five hitters rose above the rest in the leaderboards (we’ve included a few other statistics for good measure).

Mike Trout finds himself on top of yet another impressive list. The sky is also blue, just in case you were wondering. Back on Opening Day, we wondered if the young outfielder could keep improving his plate discipline. While his 20.4% strikeout rate increased for the first time since 2014, his 20.1% walk rate improved for the fourth consecutive season, and it also led the league among qualified hitters.

Making these lists is always better with a teammate, right? J.D. Martinez was a massive hit during his first year in Beantown. With a second consecutive 40-homer campaign under his belt, he’s now slugged 88 homers in 1,138 plate appearances since the start of 2017. His .655 slugging percentage during that time leads all of baseball. Trout comes in second at .629, but they’re the only two with a mark over .600.

Christian Yelich doesn’t only appear to be the National League MVP front runner, but he automatically gets extra dap for being the only player here from the Senior Circuit. His 36 homers stand out for obvious reasons — he did that in just 655 plate appearances, but needed 1,354 trips to the plate between 2016-17 to hit 39 dingers for the Miami Marlins. Miller Park has been good to him. It’s also worth noting that the only month in which Yelich posted a hard-hit rate below 45.0% was May (and it was still 38.8%).

If the American League wasn’t so crowded at the top, Alex Bregman would get more love for MVP. Whatever love he does get, though, is well deserved. Among pitches he saw at least 200 times this year (four-seamer, two-seamer, slider, changeup, cutter, curveball, sinker), his lowest wRC+ was 123, which came against the cutter. None of the others fell below 150.