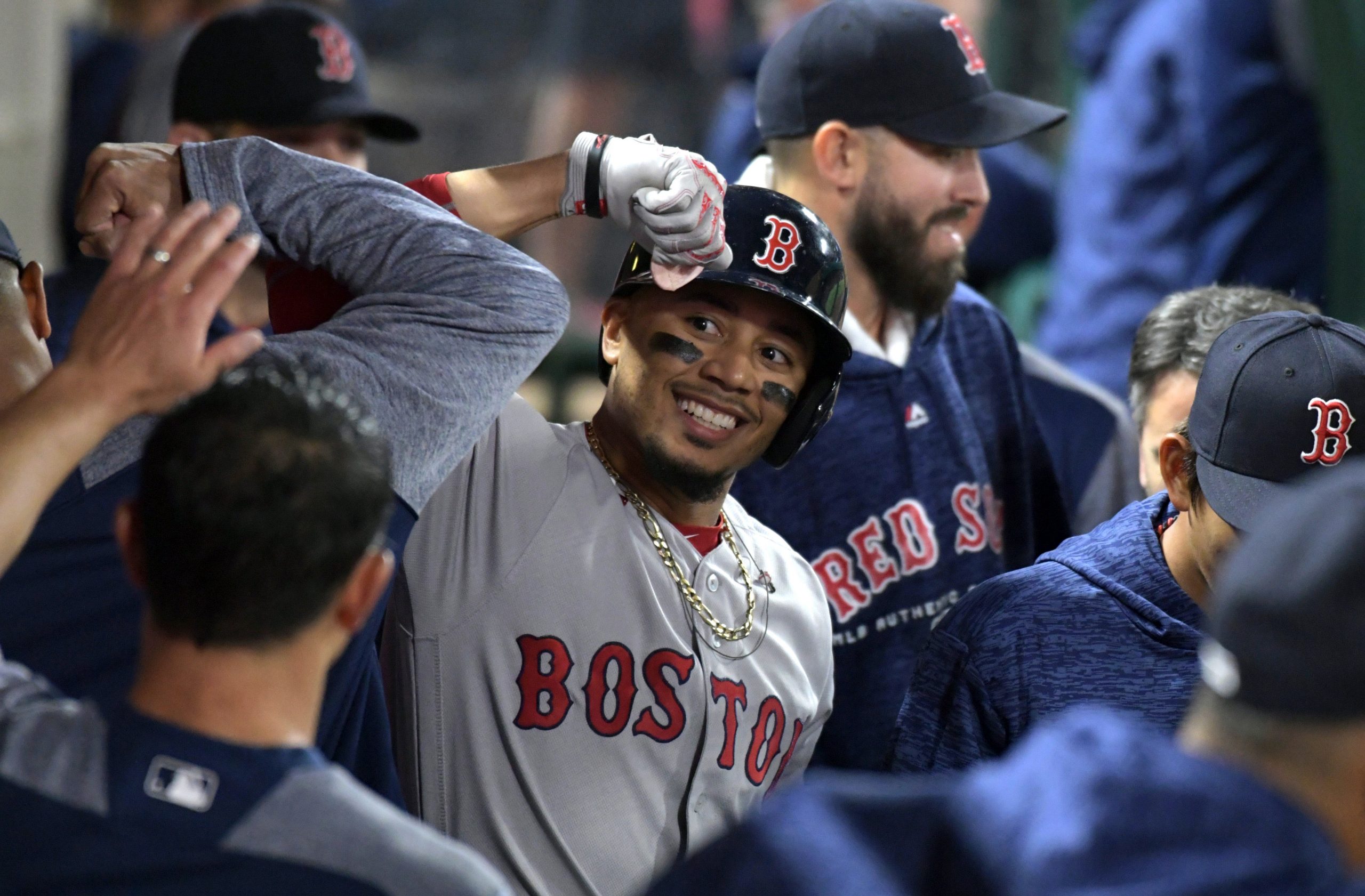 Baseball is a game defined by peaks and valleys, with the goal always being to maximize the peaks while minimizing the valleys as much as humanly possible. The following 10 players — five hitters and five starting pitchers — have managed to maximize their peak level of play throughout April.

Manny Machado is also walking more than he’s striking out while increasing his fly-ball rate, but his hard-hit rate is currently 30.4%, which is quite a drop compared to last season’s career-high 39.5% mark. What’s even more interesting is that his soft-hit rate on fly balls (31.8%) is higher than his hard-hit rate for that batted-ball event (29.8%).

The New York Yankees lead all of baseball in home runs (41) and ISO (.201), and believe it or not, that wouldn’t be possible without Didi Gregorius. His 10 homers are tied for the league lead, while his .408 ISO is at the top of the leaderboard. Through one month of play, he’s nearly hit as many dingers as Aaron Judge (7) and Giancarlo Stanton (5) combined.

Daniel Robertson is the one name you wouldn’t expect to be on this list, but here we are. An 18.4% chase rate is the league’s fifth-lowest mark, which has enabled him to produce a 19.0% walk rate. He’s just not swinging much at all, though — his 49.4% swing rate on strikes is the third-lowest in baseball, and only Joe Mauer (29.3%) has swung at fewer pitches overall than Robertson (31.7%).

As for Mitch Haniger, this is the second consecutive year that he’s put together a huge April. The only difference is that it wasn’t cut short due to an injury this time around. We went into more detail about his impressive performance earlier today. 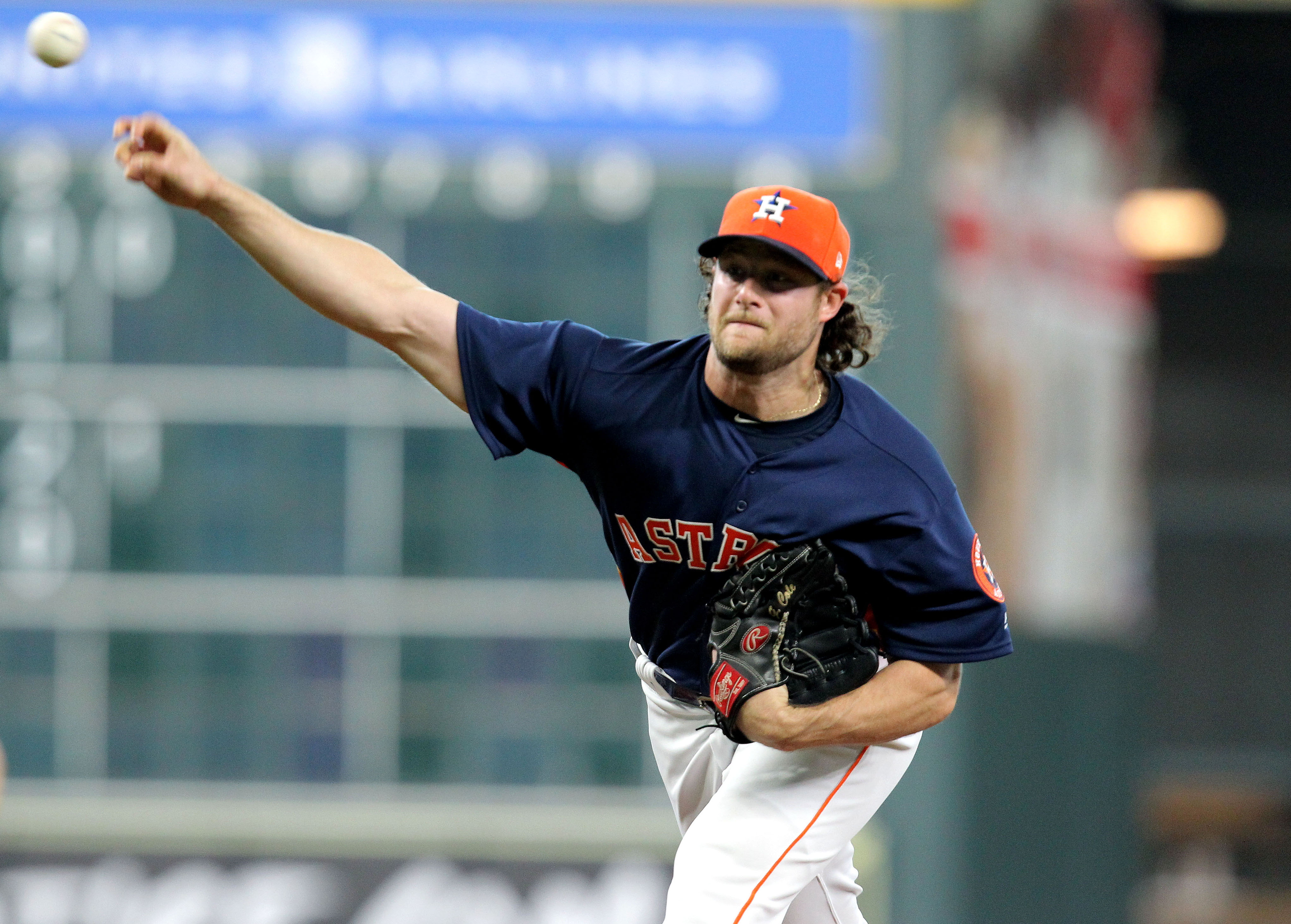 Here’s the group that distinguished themselves on the bump this month.

We tabbed Gerrit Cole as a dark horse Cy Young candidate prior to the year starting. Based off what he just did, though, he’s more like a front-runner. The rise in strikeouts is the biggest change, and he’s done it with fewer fastballs. The right-hander has thrown that pitch at a 52.4% rate, which would be a career-low mark. He’s increased his usage of sliders and curveballs to career-high levels, which has included swinging-strike rates above 18.0% for each offering.

Patrick Corbin has also seen a huge rise in strikeouts as he continues relying heavily on his slider. Overall, opposing hitters have chased balls out of the strike zone 37.1% of the time while swinging at strikes 60.7% of the time. This is a huge improvement from 2017 (31.8% and 66.0%, respectively).

Max Scherzer continues to strike out a ton of people. After never posting a strikeout rate above 30.0% as a big leaguer prior to joining the Washington Nationals, he’s currently on pace to do it for the fourth consecutive year. And if the season ended today, that number would be an increase over the previous year for the fourth straight time. Dude is filthy.

J.A. Happ‘s pitch mix doesn’t look much different from 2017, but the way in which he’s using his arsenal has changed. While it’s been more gradual until this year, his strikeout rate is on pace to improve for the third straight season, which coincides nicely with a walk rate on pace to do the same thing.