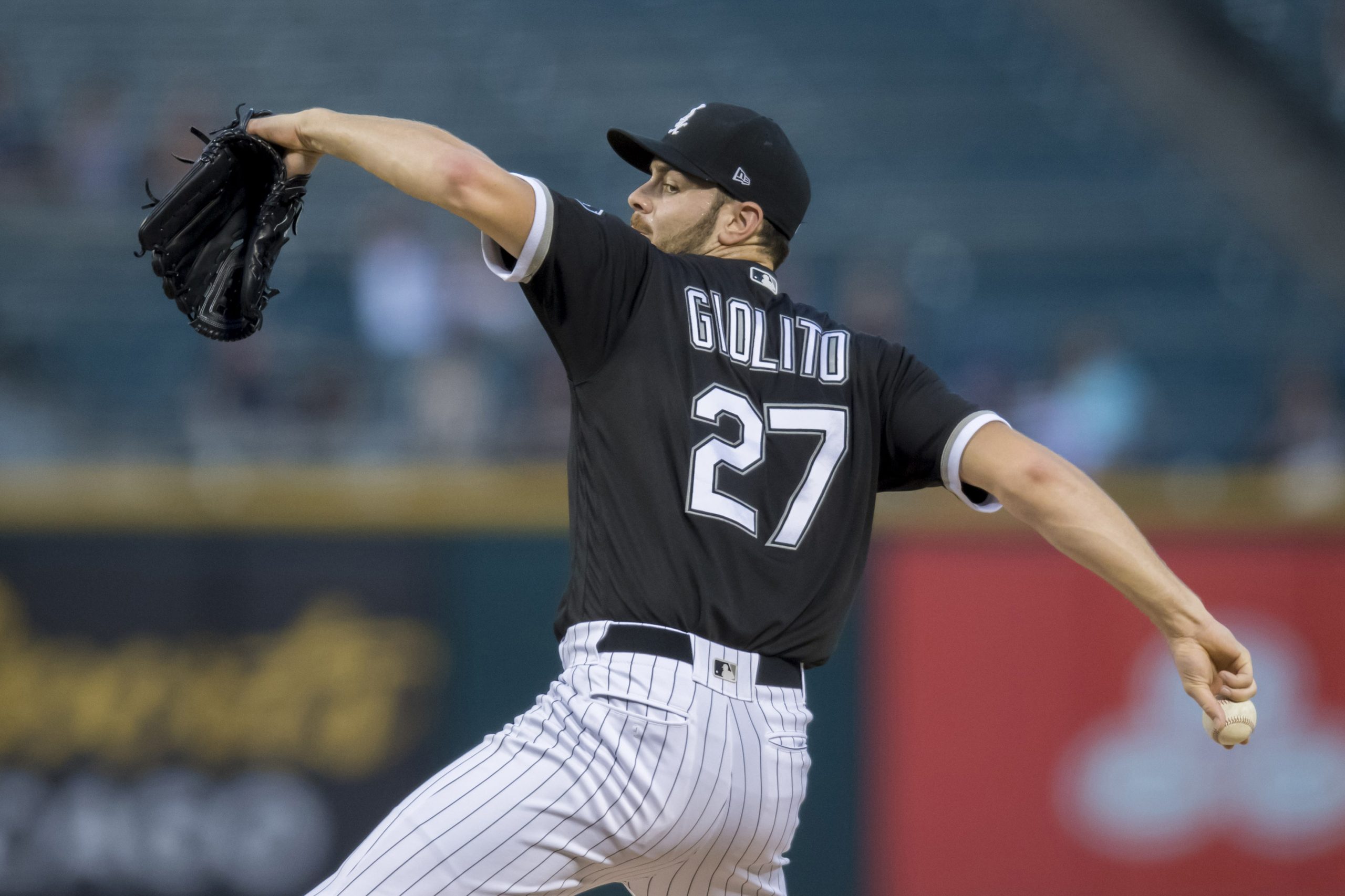 The 2018 MLB season is technically far from over because we’re still waiting to see who captures October glory in the World Series. But in reality, 26 organizations have already turned the page to the offseason and are gearing up for the next few months leading into next March.

After spotlighting the best hitters and starting pitchers from this year, we’re doing the same for those guys on the opposite end of the spectrum. Once again, we’re going to rank hitter performances by wRC+, while Skill-Interactive ERA (SIERA) will be used for the starting pitchers.

It’s safe to say that (most of) these 10 players are happy the regular season is officially over.

Here are the five hurlers who struggled the most this year.

Lucas Giolito basically struggled from start to finish for the Chicago White Sox. He only enjoyed one month where his ERA fell below 4.85 (it was 3.86 in August), and while his SIERA was the worst among qualified starters, so was that ERA and fWAR of his. Despite allowing just a 25.2% hard-hit rate at Guaranteed Rate Field, he posted a 7.80 ERA, 1.65 WHIP, and 12.5% walk rate in 72.2 innings at home.

The bottom-line results were much better for Reynaldo Lopez, but he still outperformed his peripherals by quite a bit. After barely throwing his slider at all during two short big-league stints in 2016 and 2017, he tossed it at an 18.2% clip this past year. The results were great, too — opposing hitters mustered just a 47 wRC+ to go along with a .510 OPS, .075 ISO, 3.3% walk rate, 35.1% strikeout rate, and a 17.6% swinging-strike rate.

James Shields rounds out Chicago’s trifecta of pitchers on this unfortunate list. What might be even more sad is that this was the veteran right-hander’s best overall performance since 2015 with the San Diego Padres. He had a hard time retiring right-handed batters in 2018, as they posted a .273/.336/.487 triple slash against him (.352 wOBA). Shields also saw his homers allowed per nine innings rise up to 1.73 in this situation.

Gio Gonzalez is one of three examples here that a hurler can have a decent season when it comes to traditional statistics, but advanced metrics don’t paint a pretty picture moving forward. One of the things that made him so successful in 2017 was his ability to strand runners on base (he owned an 81.6% strand rate). That number dropped to 73.3% this past year, while his 1.44 WHIP was the highest it’s been since his early days with the Oakland Athletics.

It’s tough to see Trevor Williams here, especially since he’s fresh off a career season for the Pittsburgh Pirates. This breakout performance was also aided by a 1.38 ERA and .255 wOBA against in the second half. But hey, the SIERA doesn’t lie, and his 4.68 mark is actually the highest of his three big-league seasons to date. For a hurler with an average fastball velocity around 90 mph and a career 18.1% strikeout rate, it’s imperative for him to control the quality of contact from opposing hitters. Andrew Cashner has showed us that this isn’t the easiest thing to maintain from year to year.