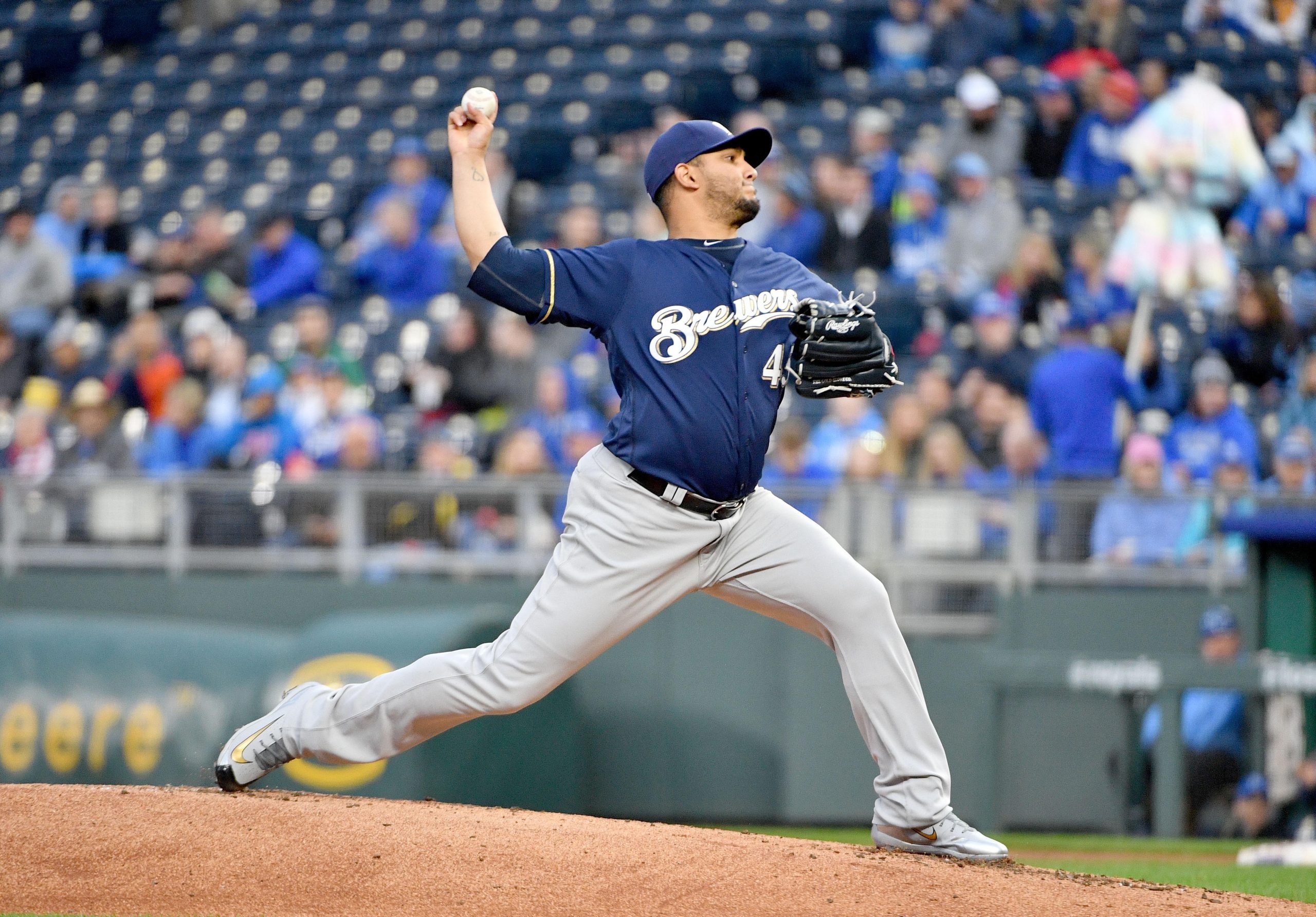 After spotlighting the best hitters and starting pitchers from April, we’re doing the same for those guys on the opposite end of the spectrum. Once again, we’re going to rank hitter performances by wRC+, while Skill-Interactive ERA (SIERA) will be used for the starting pitchers.

It’s safe to say that these 10 players wish they could get a mulligan and start the season over.

Here are the five hurlers who struggled the most in April.

Does it surprise anyone that James Shields finds his way to the top (read: bottom) of this list? There are still five months left to change course, but he’s currently on track to post an ERA north of 5.00 and a SIERA above 4.90 for the third consecutive year. His walk rate is also on pace to be the worst of his career, as is his strikeout rate.

Jhoulys Chacin‘s 2017 was unique because he was basically unhittable at home and the furthest thing from it on the road for the San Diego Padres. He’s now with the Milwaukee Brewers, but it’s more of the same story. While the right-hander has produced a 2.31 ERA and .298 wOBA allowed in 11.2 innings at Miller Park, those numbers worsen to 5.73 and .383, respectively, in 21.2 road innings.

Ranking pitchers by SIERA is interesting because we actually highlight guys with low ERAs, like Tyler Chatwood. On the surface, he’s off to a good start, but there are a few troubling statistics upon looking deeper. After two years of owning a walk rate above 10.0%, that number has climbed to 18.0% in April. He only had a 2.83 ERA because of a .264 BABIP and 81.3% strand rate. 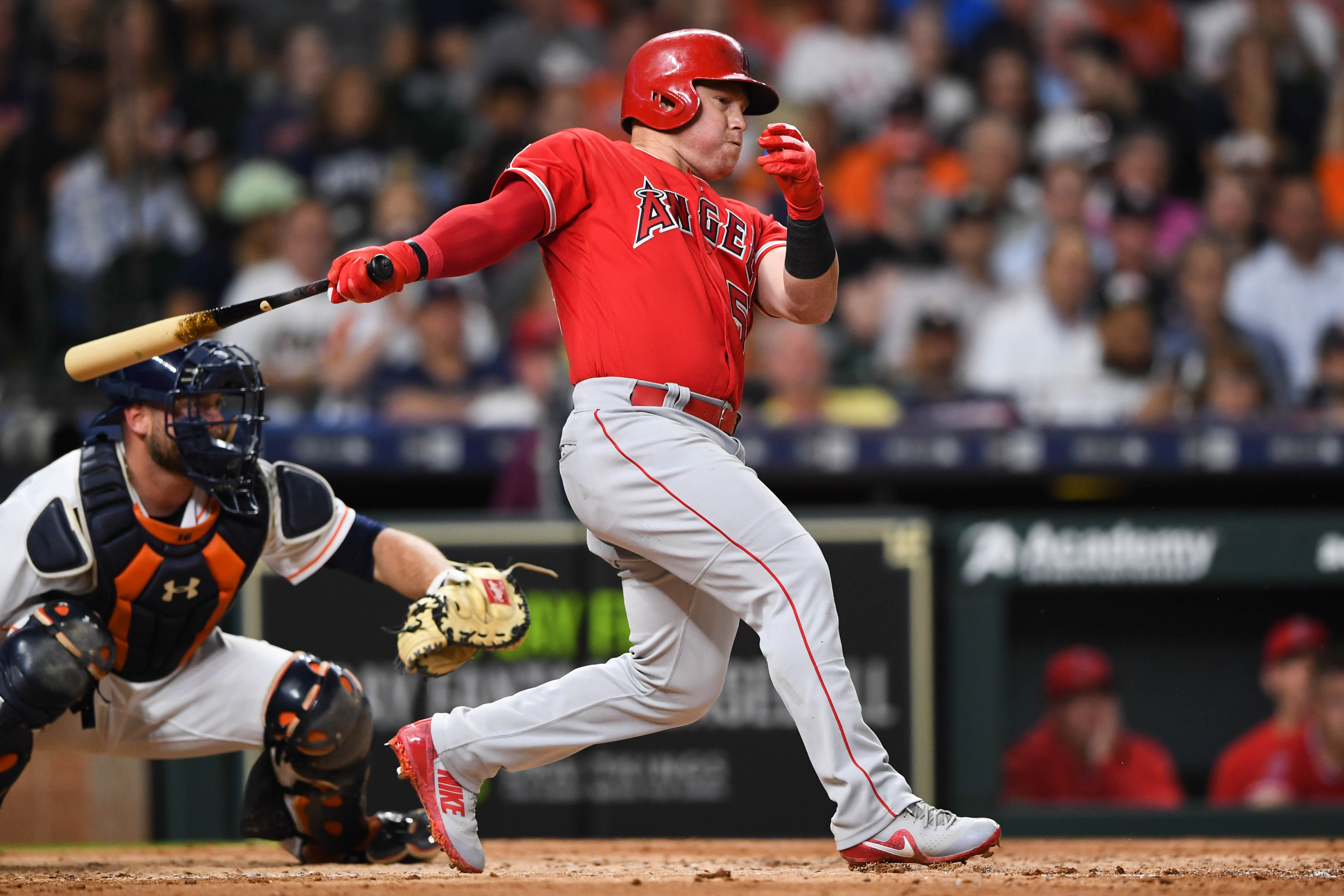 Kole Calhoun‘s 39.1% hard-hit rate would’ve been a career-high mark if the season ended once the calendar flipped to May. Unfortunately, that number was also accompanied by a 56.5% ground-ball rate and 24.6% fly-ball rate. He’s struggled everywhere, but especially at home — the outfielder didn’t record an extra-base hit in 51 plate appearances, which led to an unsightly -22 wRC+.

Anthony Rizzo‘s April batted-ball profile looked eerily similar to what he did in 2017. While his hard-hit rate was down a few percentage points, his soft-hit rate improved by a greater margin. Even for someone that’s had a somewhat low BABIP throughout his career (.287 entering this year), his .172 mark from April is bound to improve. Manager Joe Maddon knew just the trick to get him going, too — bat him leadoff.

There’s a level of tough luck that goes into slow starts like these, but Jason Kipnis really felt it over the past month. He couldn’t get a ball over the fence despite a 44.7% fly-ball rate and 38.5% hard-hit rate. Even with a 38.2% hard-hit rate on fly balls, Kipnis only managed to produce a 74 wRC+ and .206 ISO on this batted-ball event.

Baseball is a funny game, and Ian Desmond‘s April performance is just another reminder. He easily led the league with a 73.3% ground-ball rate, yet managed to hit more homers than the rest of this group combined. Baseball, man.

Tim Beckham took a huge step forward upon getting traded to the Baltimore Orioles last summer, but those good vibes haven’t yet resurfaced in 2018. A big problem he’ll need to solve once he returns from the disabled list is capitalizing on four-seamers. After posting a 182 wRC+ and .311 ISO against that pitch last year, those numbers have dipped down to 39 and .042, respectively, so far this season.