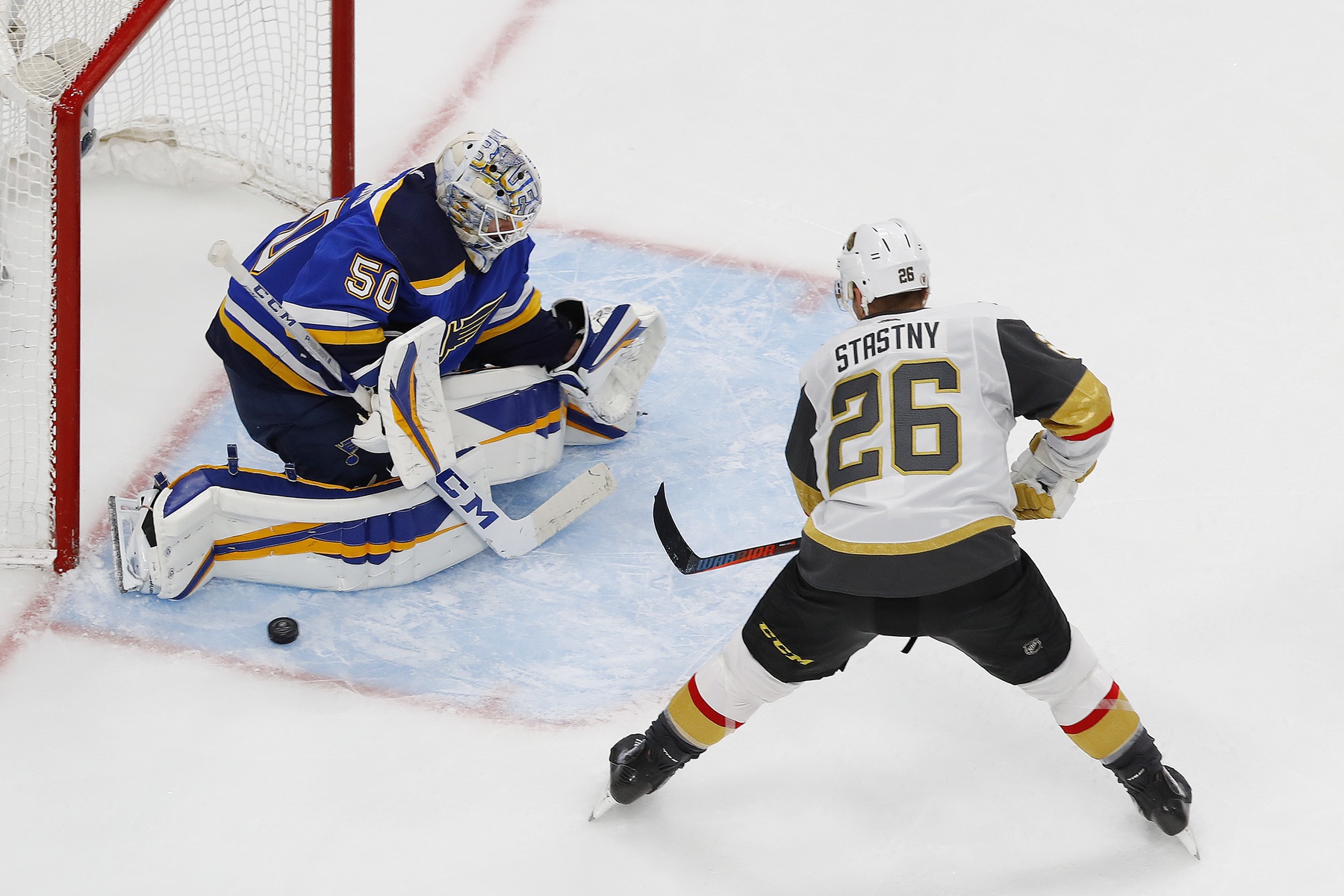 The St. Louis Blues are 0-2-0 in the round robin in the NHL’s resumed season. With one more “meaningless” game left before the playoffs begin, the Blues look like a group that’s playing together for the first time. Do they have enough time to fix everything that’s broken?

The Blues’ first game back against the Colorado Avalanche ended with one of the closest – if not the closest – buzzer beaters in NHL history. They took their foot off the gas late, as is the St. Louis Blues way, and paid for it.

It was a different story against the Vegas Golden Knights, but unfortunately in all the wrong ways. Despite a relatively close final 6-4 score, the Blues were dominated in this game. They generated just 28 total shot attempts to the 71 of the Golden Knights. That includes a third period that saw the Blues give up three consecutive goals to cough up their lead.

This kind of play is troubling to watch in any game. It’s beyond concerning to see it in the second-to-last game before the playoffs begin. The Blues, a team that maintained immense composure and played as a unit all season long, suddenly look disjointed and lost.

Perhaps this is to be expected after such a lengthy layoff? Maybe we can’t read too far into things based on glorified exhibitions?

It’s easy to dismiss these early results. But, watching the Blues struggle to generate even a single shot in the third period (they finally did 16 minutes in) makes the alarm bells ring. Statistically, their inability to generate shots goes against their rather strong faceoff skills.

The rest of the game was filled with missed passes, pucks funneled away from the net rather than towards it and some severe defensive lapses.

If anything, last season’s heroics and eventual Cup win should reassure fans that the Blues can turn it on when it matters most. They excelled when under pressure. This time things are a bit different as the Blues, and every team still competing, has been asked to jump straight into action after months off. They don’t have much time to work through their issues, which based on the Golden Knights game, is a long list of problems.