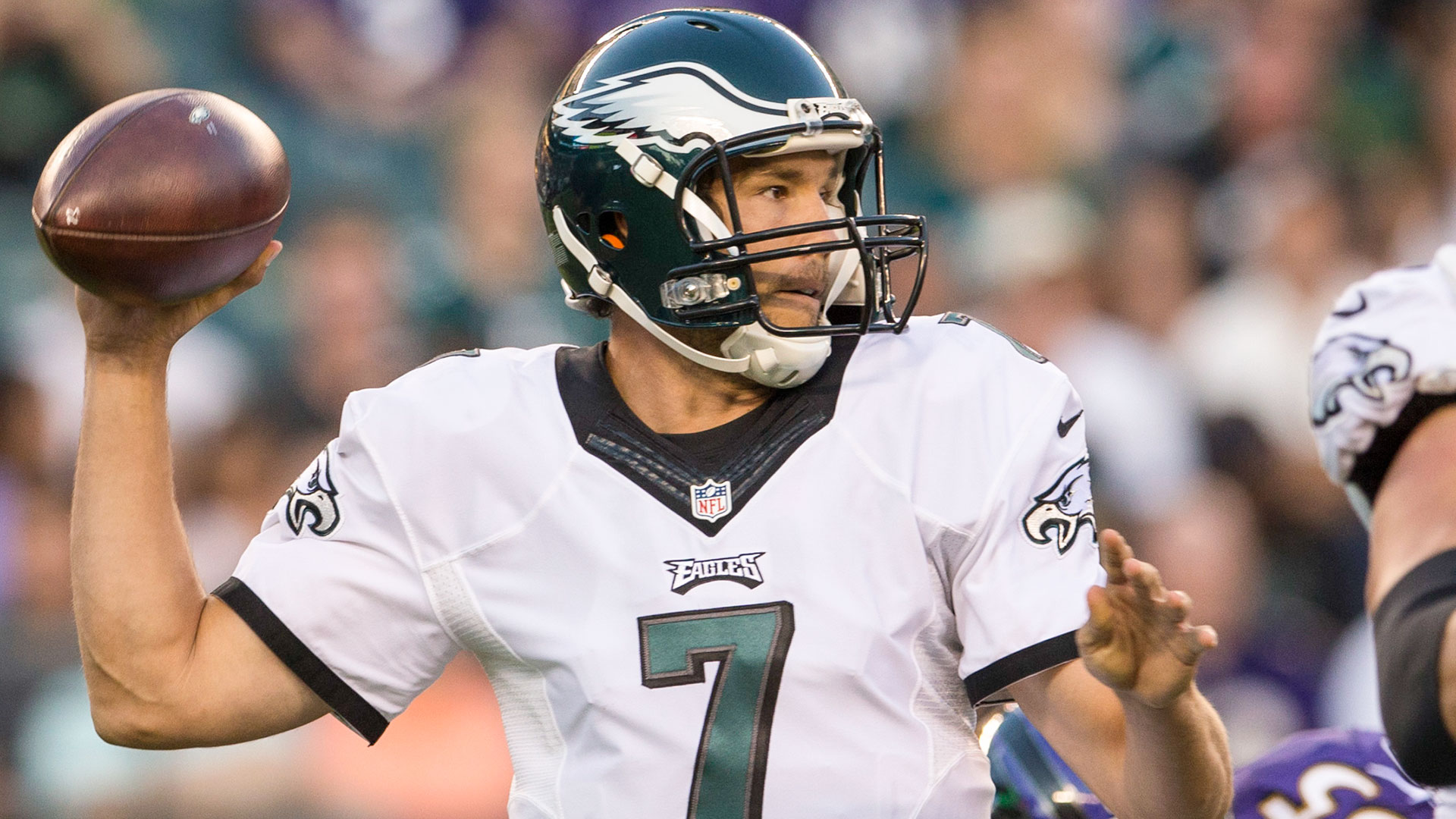 A bridge is a ” is a structure built to span physical obstacles without closing the way underneath such as a body of water, valley, or road, for the purpose of providing passage over the obstacle.”

That, according to Wikipedia, is a bridge.

In the NFL, a “bridge quarterback” is a quarterback that is only meant to be around for a year or so, until the rookie quarterback can get ready to take over the franchise.

Depending on the franchise’s view of their new signal caller, and the readiness of the quarterback prospect themselves, most teams will now sign a bridge quarterback. His job, is to run the team for the season, and either at some point during the year, or the next, the job will fall to the quarterback in waiting.

We’ve all seen these bridge QBs before.

Jeff Garcia was supposed to be a bridge quarterback to Giovanni Carmazzi in 2000, but Garcia tore it up, and ended up just taking over the team as the starter for the next five seasons. Carmazzi on the other hand, never played a down in the NFL.

The 2018 offseason has been the year of the bridge quarterback. The Browns traded for Tyrod Taylor with the intent of drafting a QB first or fourth overall.  The Cardinals paid $20 million for Sam Bradford for one season with clear intent of getting a longer term answer at some point in the draft.  Keenum signed only a two year contract with Paxton Lynch still not ready to take over the reigns in Denver.  AJ McCarron signed a two year contract in Buffalo, which obviously doesn’t view him as a long term fix right now. Josh McCown and Teddy Bridgewater signed 1-year deals with the Jets, who on Saturday, traded up three spots to draft 3rd overall,  showing every intent to get a quarterback.

This is a bridge quarterback, and this is his job, and they are making really good money doing it. The bridge quarterback in the NFL is what the 8th inning setup man in baseball is, just get us to the 9th inning with the lead. In the NFL, it’s just give us time to prepare the future of the franchise.

In April, all the talk will be about the number of quarterbacks taken in the first round, but once the season starts, it’s back to the bridge quarterbacks. They have a job to do; be the bridge between the blue chip quarterback and the franchise he’s about to take over.