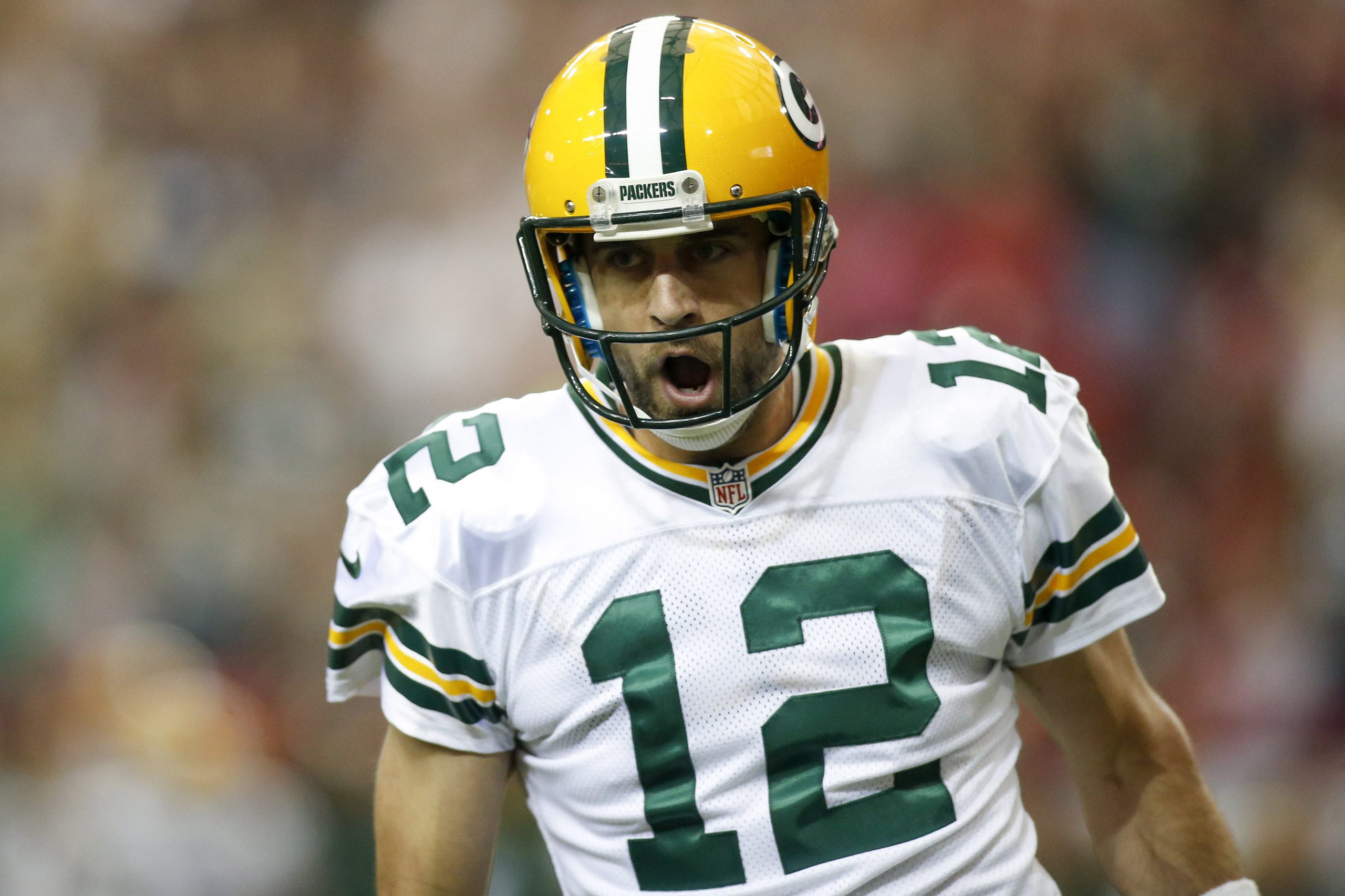 Brandon Marshall became the latest critic of the Packers organization when he made the claim that Green Bay “wasted” Aaron Rodgers’ career by not surrounding him with enough talent.

“There’s a handful of teams, mostly the good ones, that are really aggressive. They go for it, get the stars. And then I watch Green Bay. I sit there and think to myself: they don’t have an owner. They let [Blake] Martinez the linebacker, go. Bryan Bulaga, the left tackle, go. Jared Cook a couple of years ago. They could have had Khalil Mack. Brett Favre wanted Randy Moss. And I look at all these aggressive teams in the NFL. These new GMs, they want to make deals, they want to get stars they want to pay money. And they’re all aggressive. And there’s the Packers…”

Marshall is way off base in his assessment. First, regarding Martinez, I’m not sure how much game film the former wide receiver watched. Martinez was not a great fit in Mike Pettine’s defense the last two seasons. He fared better in the team’s previous system, but his lack of speed and his inability to cover sideline-to-sideline made Martinez a liability at times in recent years. Too many of his tackles came five or more yards down the field in Pettine’s defense. Perhaps he’ll be a better fit with the Giants, but Martinez is far from a Pro Bowl player.

Marshall also seems to ignore the salary cap. Yes, the Packers could have re-signed Bulaga and Martinez or traded for Mack, but then they would never have signed Preston or Za’Darius Smith and they would have had to release other quality players to stay under the cap.

Yes, former GM Ted Thompson was more conservative and featured a draft and develop strategy to team building, but that’s not the case with current GM Brian Gutekunst. Gutekunst was aggressive last offseason signing four starters early on in free agency. He also aggressively added players throughout the season who helped the team like Tyler Ervin and Jared Veldheer. Gutekunst is not Thompson and Marshall has not been keeping close tabs on the Packers over the last two years or he wouldn’t have made that statement.

But the bigger issue is this: the NFL is the ultimate team sport and it is a big misconception that star quarterbacks mean automatic Super Bowl wins. They don’t, especially in this age of the salary cap, free agency and with the NFL geared towards creating parity.

Rodgers has led the Packers to a Super Bowl title and he’s helped lead the team to the playoffs nine times while missing the postseason only three times since becoming the starter in 2008. Rodgers was injured for one of those three seasons and played hurt in the other. The Packers have reached the NFC Championship Game four times with Rodgers as their starter as well. That is a consistent record of winning football.

Other great NFL quarterbacks have similar records or worse records but escape criticism. You never hear the Saints get criticized for “wasting” Drew Brees’ talent but Brees has as many Super Bowl titles as Rodgers does and he’s played in the league and he’s been a starter for six more seasons than Rodgers. Brees only reached two NFC Championship Games and missed the playoffs six times while starting for New Orleans. Yet nobody criticizes the Saints for “wasting” Brees’ career.

Some great all-time quarterbacks have never won Super Bowls. Fran Tarkenton led his teams to three, but never won one. Dan Marino retired as the NFL’s all-time leading passer in touchdowns and yards, but only made one Super Bowl and lost badly when he got there. Dan Fouts, Warren Moon and Jim Kelly also never won one and Fouts and Moon never even made it to the big game. Steve Young “only” won one Super Bowl with the 49ers, but nobody claimed the 49ers wasted Young’s career.

The modern NFL is not the NBA where you get one of the top two or three players in the game and dominate for a decade. No, the NFL is the ultimate team sport, with 22 starting players on offense and defense and even a quarterback, who handles the ball on every offensive snap, is only on the field roughly half the time.

Yes, championships matter and yes, the Packers management could have done more at times to upgrade the roster. But in the salary cap era, those moves come at a price and cost a team down the road. In the NBA, two or three star players can sign with a team together and restructure the entire league to win championships. But that isn’t how the NFL works. Winning consistently in the NFL is extremely hard and yet, Rodgers has been able to do that and then some.

The definition of a dynasty has changed in modern sports. Before there was a salary cap, Vince Lombardi’s Packers won three straight championships and five in seven years. The Steelers in the 70s won four titles in six years and the 49ers in the 80s won four in nine years while the Cowboys in the early 90s won three titles in four years.

In the salary cap era, few teams can acquire enough depth to win four titles in six years. There is a limit to how many star players teams can sign. One or two key injuries can derail a contending team’s chances of winning a championship in a way they couldn’t pre-cap.

Free agency also creates more roster turnover so great teams can’t stay together for long. Compare how many players played on all five of Lombardi’s championship teams to how many Patriots played on all of Belichick’s title winners.

Now, dynasties are teams that win a few championships but stay competitive for a long time like the Patriots did under Belichick and Brady or the NHL’s Chicago Blackhawks did by winning three Stanley Cups in six years in the 2010s.

The fact that Rodgers has won a championship and led his teams to the playoffs so consistently in this era is to be praised and appreciated as an accomplishment. Could the Packers have done some things differently during Rodgers’ career to give him a better chance of winning again? Perhaps, but hindsight is 20/20.

But to say that the Packers “wasted” the career of their franchise quarterback is outdated and far from true and the team’s record under his leadership proves that.