Join our Telegram channel for our exclusive free betting tips, picks and offers.
REALLY good, quick read on how BANANAS it was at Qwest on Sunday: 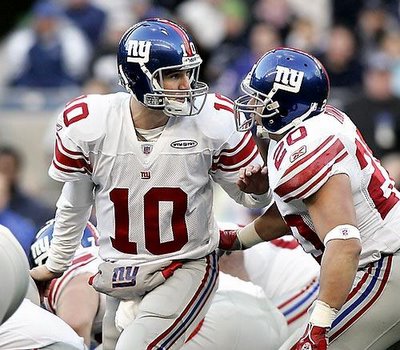 I spoke to a friend of mine in the office who is about my age. He and his family have been Seahawks and UW fans since he was a baby, and he’s been going to games his whole life. He told me on Monday morning with almost no voice left that it was the loudest stadium EVER. He said that you could feel the energy in the stadium, that literally his chair was vibrating. He said he and his girlfriend had to literally scream at each other because they couldn’t hear what each other was saying! He said you could feel your bones rattle from the noise. You just could not hear. Simply amazing and he even said at one point, after yet another false-start where the noise sounded like thunder, it actually brought a tear to his eye!

And that, my friends, is the biggest reason why every NFC team is nervous today about what happens with the Hawks the last five games of the year. Forget about just winning the division title or whatever, but in that environment, in that noise, can you imagine having to come in there in January in the playoffs!?!? That game was just a glimpse of what is going to happen if the Hawks can wrap up home field advantage. When Holmgren dedicates the game ball to the 12th man!?!? That’s saying something.

I know it’s always more about home field advantage. Remember the Vikings who went 15-1 with Randall Co and Randy Moss? In that crazy loud Metrodome? They lost to the dirty bird Falcons, at home in the NFC title game, despite the noise, so in the end it’s all about who is better. But this is mid-80’s, the NFL needs to make a rule type noise that as Locke wrote above, literally changes the way the opposition plays offense. Get their best deep threat back at WR in Jackson for the last 4 games, things will open up offensively, the D is bend-but-don’t-break at it’s finest as they are #2 in the NFL in red zone scoring percentage, etc. All the while, they are sitting here at 9-2 with a ton of injuries, yet they are figuring things out. That’s New England Patriots-style winning. It’s all coming together in a suddenly crazy year.

Not much from our Cougs these days. They say a decision from Hill is coming soon, and right now nobody knows for sure which way he is leaning. I think the overall consensus on the premium board, from “in the know” so to speak guys, was that he was a slight lean to leave, but also, his Mom is a sharp lady and REALLY wants him to get his education. He has so much to gain by coming back, he can clean up his weaknesses in route running and drops, he can get stronger, he can have a gigantic, All-American season on a team that could take a big step next year. Then again, the book on his is wide ranging. I’ve seen late 2nd round, I’ve seen 2nd-day drafted, so who the hell knows. The early read has it that it will be a down year at WR in the draft, so if he tests well he has a chance. Maybe that quad injury is going to force his hand to leave and not risk a more severe injury next year? He’s also had a lot to deal with in his personal life, so if he does bail with the knowledge he will go fairly high, I can’t really blame him. Personally, my gut says he’ll leave, but that’s just my gut.

There are some good reads on Cougfan about the offense, and they are free for all. More stories about the D and the 06 schedule are coming. Check ’em out.