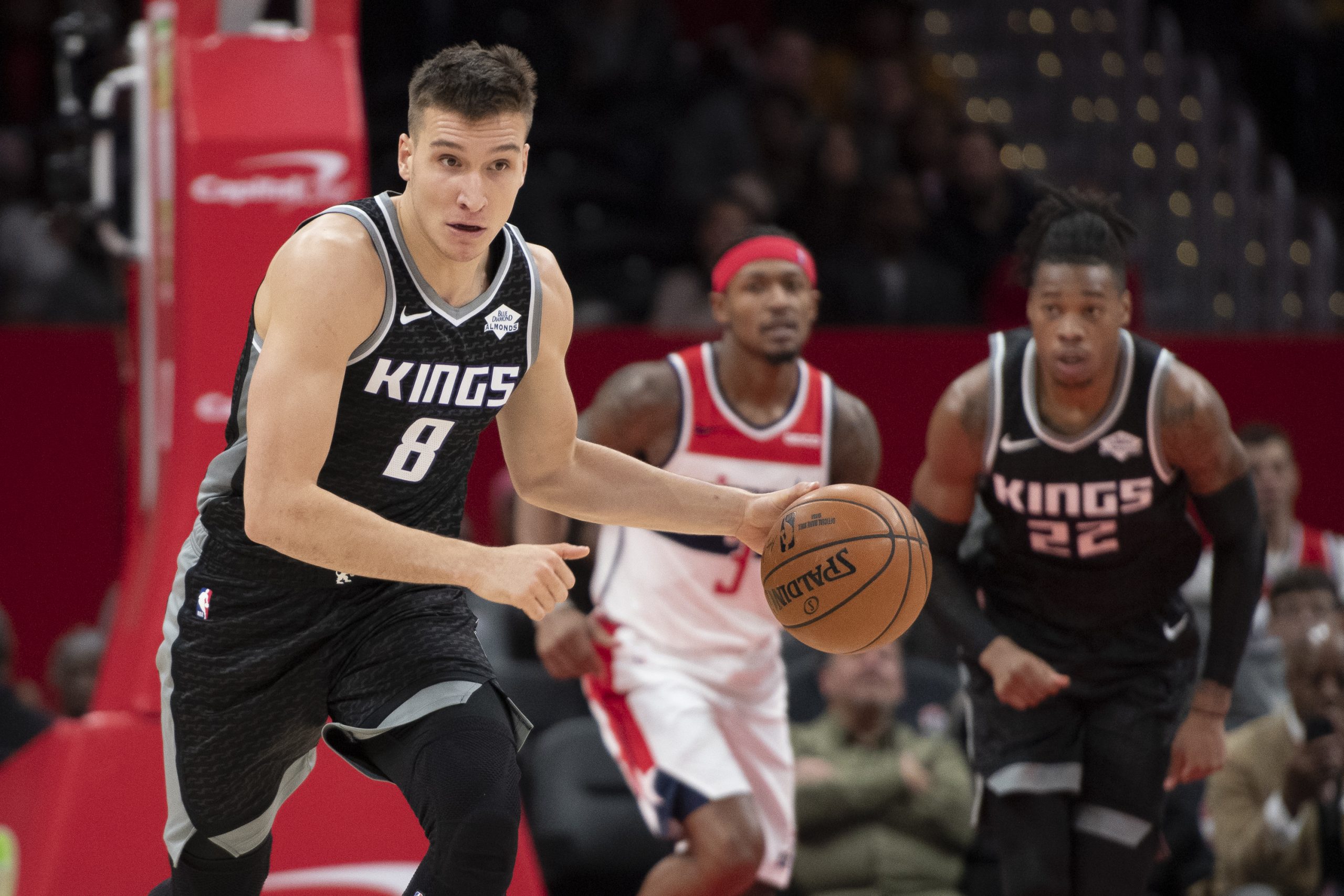 Join our Telegram channel to stay up to date on breaking news coverage
[jwplayer O6dVCDRi]The Sacramento Kings did not have a good performance against the Brooklyn Nets. They also didn’t have three really good players Friday night. Today against the Wizards, Bogdan Bogdanovic returned after missing one game and gave the Kings the boost to close out a close game in the capital.

1: Harrison Barnes continues to be that steady go-to-option for the Kings in big moments. His championship pedigree gives Luke Walton and his teammates the confidence to allow him to make a play in the clutch on most nights. Tonight he finished the game with 26 points on 7-of-8 from the field. He also shot 3-of-3 from beyond the arc and 9-of-11 from the free throw line.

Anyway you look at it, Barnes has performed well this season and is the best defender on this team. Versatile wings are hard to come by and that is why the Kings paid him the big-time money.

2: Justin James gave the Kings another boost off the bench as he finished with five points on 2-of-3 from the field. His defense has been really solid and that’s a huge credit to him and the coaching staff who has been preaching defense on this 7-3 run in November.

Players that stay ready don’t have to get ready. James has been a great example of that. He’s played in Stockton, shown signs in practice and when he got his number called, he was ready for it. It will be interesting to see if he continues to get minutes when Trevor Ariza returns.

3: Bogdanovic is really good! On the last post game show at Golden One Center (The first game without De’Aaron Fox), I said Bogdan was the best player on the team. He hasn’t disappointed! He knows how to play this game. His feel and shooting ability makes him a deadly option for the Kings and a huge issue for opposing teams.

Yes, he will get paid by some team in the summer. Will it be the Kings? I think so. They will be able to match any offer, so I wouldn’t be worried. He’s far too important for this team and if you ever had any questions, this run without Fox should be evident. You can never have too many play-making wings on a roster.