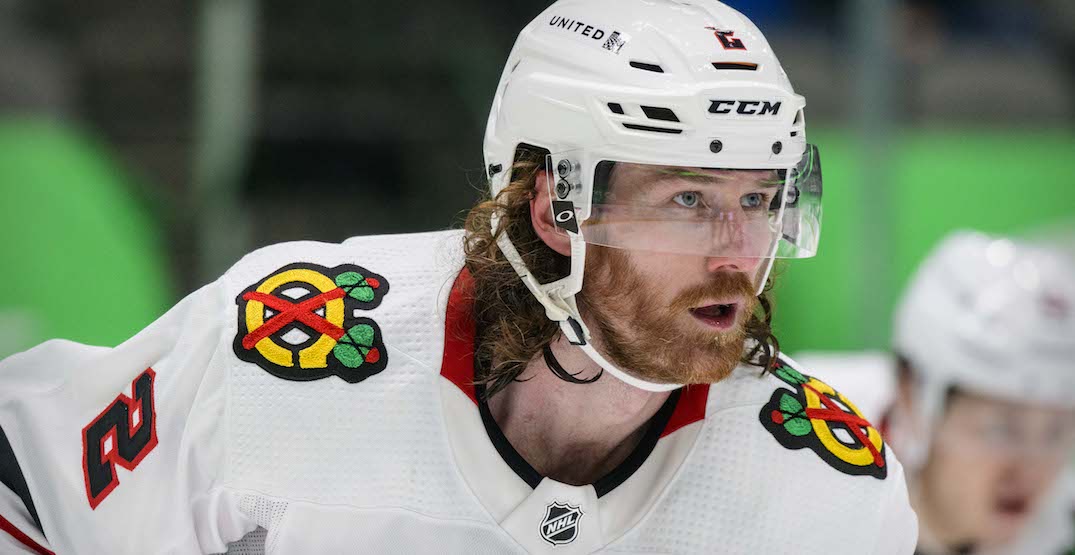 Now that the 2020-21 NHL season is complete, the focus has shifted to the off-season and the moves that will come with it. The Edmonton Oilers, looking to go from playoff team to Stanley Cup contender, are expected to be at the forefront of the transaction storm.

One name recently connected to the club is that of defenseman Duncan Keith. More information leaked on the ongoing discussions between the Oilers and Chicago on Wednesday.

First off, former NHL General Manager and current analyst Brian Lawton stopped by Oilers Now with Bob Stauffer to discuss what he has been hearing regarding the trade talks. Lawton specifically touched on the topic of salary retention, which has been much debated by Oiler fans over the last eight days.

“I would not take Duncan Keith at $5.5 million,” Lawton said on 630 CHED, transcribed by the Edmonton Journal. “But I think there is some middle ground in there, I really do. I think there’s a deal with Chicago potentially retaining 30 to 50 per cent of the salary. If that were to happen, I think this would be a very good deal for the Oilers depending on what they give up not being anything other than what I’ve heard. A guy like Caleb Jones is expendable to me.”

Now, Stauffer did mention that Chicago isn’t willing to retain salary at this point in time, but Lawton insisted that things could change in a few weeks time.

“100 per cent. I don’t have any doubt about that,” Lawton added when asked if Chicago GM Stan Bowman could change his stance as the expansion draft draws closer. “This is one where you’ve got to be patient. But you have to be outside of the box this year. I don’t care who you are. I’ve talked to a number of GMs. I talked to one the other day who was calling it, the NHL stood for the Nothing Happening League in regard to moves made because of the salary cap crunch. It’s pretty stifled out there right now.”

Lawton’s assertion that Chicago could change their stance on salary retention is a pretty good sign for the Oilers. While Keith could greatly help in the locker room and settle the team’s second pairing, his current cap hit is simply too much for that role. Edmonton has a greater chance of both completing the deal and winning it if Chicago is taking on money.

Lawton wasn’t the only reporter talking about Keith and the Oilers on Wednesday. TSN’s Darren Dreger discussed the latest developments with James Duthie in advance of Game 5 of the Stanley Cup Final.

“Still back and forth between Ken Holland and Stan Bowman,” Dreger said of the current state of negotiations. “There is still mutual interest though in getting something done so the dialogue is still ongoing. Which young defenseman from the Edmonton Oilers needs to be included in going to the Chicago Blackhawks? Is there overall a match? They need to continue to consider this, but what seems to be apparent in this is that Stan Bowman and the Chicago Blackhawks want to do right by Duncan Keith, but he’s looking for quality return. There’s still work to get done.”

Rumors have circulated that Caleb Jones, who Lawton mentioned, is the target for Chicago in trade talks. Jones is a young, left shot defenseman who has excelled in third pairing minutes in each of the last two seasons. Chicago is also rumored to be interested in Jones’ brother Seth, who is likely to be traded in the coming weeks by the Columbus Blue Jackets.

Prospect Dmitri Samorukov, who played the 2020-21 season in the KHL, is also rumored to be of interest for Chicago. Samorukov, however, is coming off of shoulder surgery that ended his KHL season.

What both these reports indicate is that nothing is imminent at this time between the Oilers and Chicago. Edmonton has interest in the player, but only at a price that makes sense for them. At this point in time, Chicago isn’t ready to accept that price, both asset wise and financially.

With just eight days until the expansion protection lists as due, the waiting game continues.