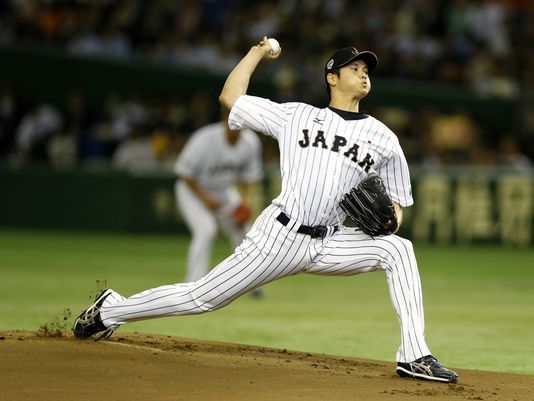 What seemed impossible at the beginning of the off-season has now turned into a very sharp reality as the Los Angeles Angels signed Japanese superstar Shohei Ohtani per Joel Sherman on Twitter.

In one fell swoop Billy Eppler, as we discussed at the end of our Eppler Strategy section in the Angelswin.com 2018 Primer Series, has smeared his fingerprints all over the 2017-2018 off-season, setting a course, full-speed ahead, toward a much stronger future for the Angels franchise.

Not only is Shohei Ohtani going to lead the Angels rotation with an average 97 mile per hour fastball he is going to hit out of the designated hitter spot on a regular basis adding a nice left-handed bat with power to our lineup.

Ohtani not only lengthens and strengthens our starting pitching staff he can combine with current team ace Garrett Richards for a 1-2 punch in the playoffs creating a dynamic duo that will give the Halos a real fighting chance to make a deep push toward another World Series Championship.

Beyond his actual ability, Shohei will have a significant impact to team payroll and to overall team finances.

Ticket sales should hit an all-time high as the excitement for the 2018 season crests and overflows the dam. Ohtani’s popularity will bleed over into Anaheim and almost certainly drive up merchandise sales and interest in the “Babe Ruth of Japan”.

Most importantly though, the Angels will control Shohei for at least the next six seasons and maybe longer if Eppler winds up extending him at some point down the road. Per the International signing rules, Ohtani must be treated like a normal drafted prospect meaning he is controlled for three years of pre-arbitration, making the League minimum salary, and then three years of arbitration control.

Of course it is likely that the Angels will give him an extension contract in the next 1-3 years before he hits arbitration. Major League Baseball will be watching this situation closely as they are prepared to punish the Angels if they see any improper conduct in the way Eppler and company handle their new found prospect.

The important thing to understand is this: Shohei will, at least for 2018, only add $545,000 to team payroll! This means the Angels still have a lot of payroll flexibility this year and possibly longer (perhaps for 2019 and 2020 as well) so Eppler’s ability to continue improving the team will go unhindered across the remainder of the off-season.

Here at Angelswin.com we believed that this off-season could provide a dramatic turn for the Angels fortunes and, with the signing of Shohei Ohtani today, Billy Eppler will continue to make a full-court press to help the Los Angeles Angels return to dominance in the American League West.

Tip of the hat to Arte Moreno, Billy Eppler, and the entire front office staff!