The Malaise Is Here, Is The Rebirth Coming? 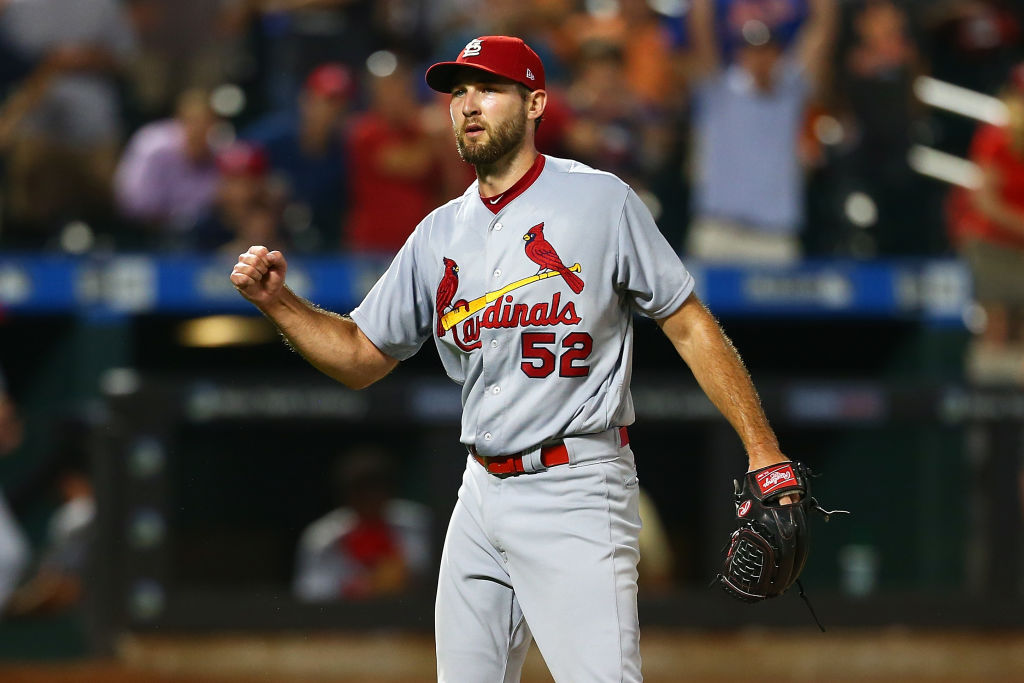 The Mets lost to the Cardinals 5-0 on Tuesday. They had three hits and three errors. The errors screwed over starter Rafael Montero, who gave up some hard hit balls and some cheapies but was victimized by not only errors but by lazy play on double plays. They let Michael Wacha, who is probably better known by the rest of the planet as that guy that Andy Cohen named his dog after, pitch his first major league shutout against them. The Mets look uninspired and resigned to their fate. It happens, but it’s frustrating as hell. To those who make it their business to watch this team until the end … I salute you.

But for now, let the fire sale begin, and begin it must. The Yankees and White Sox made a very interesting trade on Tuesday night which has some ramifications for the Mets as well.

The Yankees acquired David Robertson and Tommy Kahnle from the White Sox to shore up the bullpen, along with Todd Frazier to play what I would hope would be third base. And I say that because if the Yankees plan to play Frazier at first base, then they could have instead taken a combination of Lucas Duda, Addison Reed, and Jerry Blevins. Reed and Robertson for me, are a wash. Robertson has a better WHIP and K/9 this year but Reed walks less guys and has a better ERA after a rough start to the year. The Yankees having an extra year of control with Robertson along with their familiarity with him probably plays in here.

Frazier’s value is in his ability to play third base, because offensively his .207/.328/.432 slash doesn’t compare to the season that Lucas Duda is having at .248/.355/.550. Frazier’s career slash of .247/.318/.461 is eerily close to Duda’s slash of .246/.344/.458, at least in average and slugging. So if the Yankees decide to play Frazier at first, it seems foolish to have that instead of Duda’s lefty swing in that park. Frazier at third base is the advantage, along with Frazier staying healthier throughout his career (though you know what when Duda puts on another uniform he’s going to turn into Cal Ripken.) Also, Kahnle has been a more dependable crossover guy than Jerry Blevins so that would give the White Sox package an advantage over what the Mets could offer with Duda, Reed, and Blevins.

You can split hairs every which way to cowlick, but the point is that there’s a market set now. The Yankees gave up outfielder Blake Rutherford, who was ranked as the 30th best prospect in baseball, lefty Ian Clarkin, who is now the 18th best prospect in the White Sox system, outfielder Tito Polo who impressed for Colombia in the World Baseball Classic, and Tyler Clippard which was Rick Hahn’s way of saying thank you for the good prospects he got from the Yankees by eating some salary for this year. No matter who you feel won the trade, you have to admit that these two teams know how to deal.

So the question now becomes, can Sandy Alderson take this knowledge and make a similar deal? If Duda, Reed and Blevins can get a Top 50 prospect, then you have to take that and run all day long. The problem is Duda … and not so much Duda, but the odd fit he provides because outside of the Yankees there aren’t a lot of teams that need a first baseman. In fact, if New York (AL) puts Frazier at third, then they might still be the best bet match with the Mets for some combination of players that involve Duda. Jorge Mateo is the 37th best prospect in baseball. Can Duda and/or Reed and/or Blevins bring him back, for example?

When you look at other teams, the Rays, Red Sox, Indians and Astros are all set at 1B and DH. The Mets have to hope that either the Mariners or Twins decide that they’re close enough to make a run. Tyler O’Neill is prospect 29, so would the Mariners let themselves be swindled and give him up? Would the Twins be silly enough to give up Stephen Gonsalves, prospect 77? Would I be better served to head off to bed than pretend I know more about these prospects than just their ranking, probably. Point being: It’s time for people smarter than me to begin the work at the point where the season has ended. The White Sox have given them the road map. It’s up to Sandy Alderson to make it lead to a brighter future. It isn’t going to be easy.