The New Orleans Saints Are In Rock Bottom 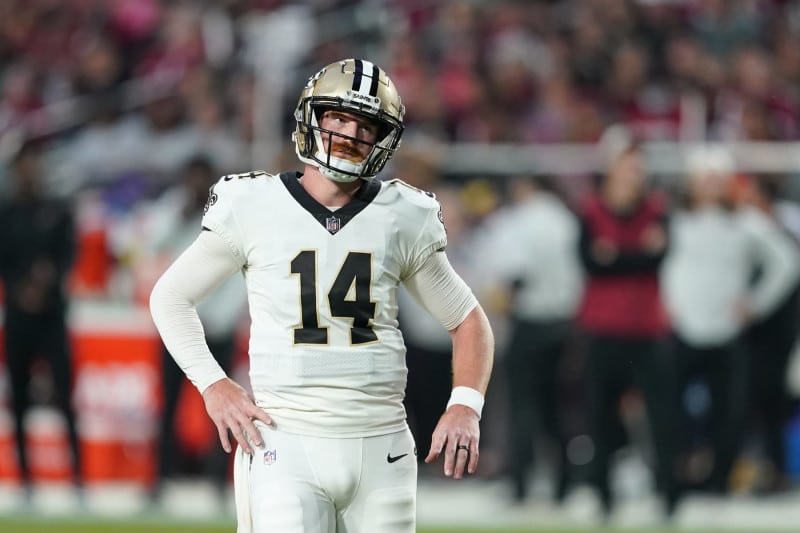 The New Orleans Saints have been one of the more disappointing teams this season. The Saints are 3-7, they just lost an ugly game in Pittsburgh. And despite only being two games out of first place, things are looking to get worse before they get better. A far cry from the playoff contenders they were in 2017-2020, a lot has gone wrong in the Bayou.

One big component in this season for the Saints has been the number of injuries that they have suffered. Their star receiver Michael Thomas has only played in three games due to a toe injury. Four-time Pro Bowl cornerback Marshon Lattimore has missed the last five games. Free agency acquisition Marcus Maye has missed four games, including Sunday’s loss in Pittsburgh.

New Orleans’s offense has been hit the hardest by these injuries. In addition to Thomas, Jarvis Landry, another free agency pickup this offseason, has been limited to five games due to an ankle injury. However, it is the offensive line specifically that has been affected the most. The group of Erik McCoy, Andrus Peat, and Trevor Penning have combined to miss 14 games so far. Penning, the 19th pick in the 2022 NFL Draft, has yet to make his NFL debut as he has been on IR all season. McCoy was placed on IR after Week 9 and will not be eligible to return until Week 15.

The quarterback position has been a question mark for the franchise so far post-Drew Brees. And while the team managed to claw to a 9-8 record in 2021, this year looks direr for the future of the position.

Andy Dalton has started the last seven games with Jameis Winston sidelined with a back injury. The Saints are 2-5 in that span, and Dalton has at least one turnover in five of the seven games. And while there have been multiple high point totals for the offense (39 versus Seattle, 34 at Arizona), they have also scored 23 points combined in the last two contests. In those last two games, against Baltimore and Pittsburgh, Dalton has a passer rating of 73.5. And when you factor in the other two quarterbacks on the roster, Winston and Taysom Hill, Dennis Allen’s decision to stick with 35-year-old Dalton becomes rather questionable.

Winston, the youngest quarterback in the room at 28, has been hampered by injuries since becoming the Saints’ starter last season. After a promising start in 2021 with a 14-3 touchdown-to-interception ratio, 102.8 passer rating, and 64.4 QBR, Winston tore his ACL seven games into the season. So far this year, Winston started the first three games before suffering four fractures in his back. Despite not being listed on the injury report since Week 8, he is still backing up Dalton. And according to Dennis Allen, there are no plans for a quarterback change at the moment.

While Taysom Hill, 32, is another option as a quarterback, he is used more as a receiver and ball carrier. He has shown flashes of potential when given the opportunity. In 2020, he started four games at quarterback and had two games with a 100+ passer rating.

Where do the New Orleans Saints Go from Here?

The Saints are only two games out of first place in the NFC South despite being in last place. Therefore, optimists can say that the season is not lost as of yet. The injuries have been a big part of the issue. Namely, Michael Thomas is the most alarming of the bunch, as he has only played 10 games in the last three seasons. But a good start for them is just hoping for better luck with the injury bug.

The quarterback situation is more concerning for their future. Between Dalton, Winston, and Hill, it is fair to believe that the quarterback of the future is not on the roster. And the Saints cannot bottom out for a prospect in the draft, since the Eagles have their first-round pick in 2023.

The New Orleans Saints put their chips on the table for the last Drew Brees years. It ultimately did not pay off for the team, as they could not finish the job in the playoffs. The team still has star power and talent scattered throughout the roster. But with the quarterback situation in flux, and Sean Payton leaving after 2021, the Saints could be treading water in the future.