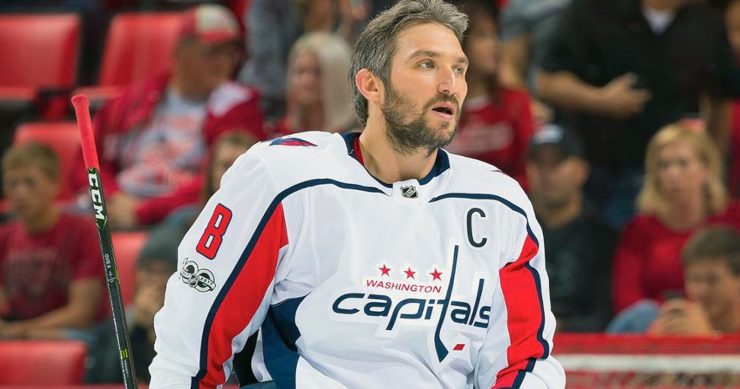 The Olympics were a big deal for the New York Islanders this go around. We all found out how beloved former center and Finnish National Leo Komarov is for Islanders fans, with Uncle Leo trending on Twitter the day after Finland won gold. On top of that, the Islanders are going to pick near the top of the draft, and we all got to see, be dazzled by, and learn to pronounce Juraj Slafkovsky, who nearly singlehandedly made Slovakia relevant in the hunt for a medal — which they indeed won. Slovakia earned bronze.
Now that the Olympics are over, the world is hurtling towards it’s next crisis. Like Covid, and its impact on the last few NHL seasons, the looming war in Europe is poised to disrupt the NHL as well, in perhaps a longer lasting manner. I’m not going to pretend to be some sort of expert on war or world politics, and we won’t delve much into the war itself, save for a little bit of speculation in the next paragraph.
The war I am referencing is the invasion of Ukraine by Russia (for our purposes, the team that won second in the Olympics). The west, including the United States and Canada, have promised severe sanctions on Russia, which are likely to warrant a response from Russian president Vladimir Putin.
I think it is in the realm of the likely that Putin, a noted hockey fan, who still plays regularly, will place an embargo on Russian players coming to the NHL, at least until the conflict is over, and perhaps for even longer if animosity lingers after the war is over, perhaps as long as Putin remains in power, maybe longer.
This wouldn’t be new to the league. Russian players are recent to North American hockey, relative to the age of the league. Alexander Mogilny defected from the Soviet Union in 1988, the first such player to do so (many of them going to the Red Wings). This preceded the the collapse of the Soviet Union and the Communist bloc, which opened up former Soviet republics and Czechoslovakia to teams open to signing European talent.
Putin would be able to shut off the pipeline from Russia, and probably Kazakhstan and Belarus as well. While prospects who are playing in Russia but whose rights belong to NHL teams will not likely ever come to North America, a greater question remains for players who are already here. Will Putin put pressure on Russian stars to come home to appease his ego and prove a point? That is an unanswered, frightening question. Not for the league, but for the players themselves.
Alexander Ovechkin is a hero in the United States and in Russia. He’s made a lot of money in the United States, playing in the NHL, and has broken a lot of records and won the Stanley Cup. He is seeking higher education in Russia, and his wife is also Russian. His return to Russia would seem fairly easy (relatively speaking). But what of Kiril Kaprizov? His potential is opening eyes in Minnesota, and he has a new contract extension and his future is in his hands. But he is also only 24. Could he handle separation from his family, if that is the potential leverage Putin would exert on him to return to Russia?
There are dozens of players who may have to answer important, life altering questions in the very short term. Their lives are going to be forever altered by the conflict in Europe, and it may potentially change the face of the NHL.