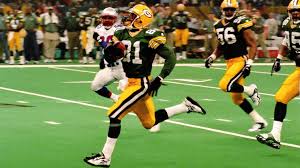 The Green Bay Packers have won more NFL titles than any other franchise including four Super Bowl victories. With Super Bowl LIII coming up, here is a look at the Packers all-time Super Bowl team.

The players were selected solely on their performances in the Packers five appearances on Super Sunday. How well they played in other games is not a factor in selection for this team.

Here is a look at the players on the Packers all-time Super Bowl team along with a brief explanation as to why they were selected:

QB: Bart Starr—It doesn’t get much better than two games, two wins and two MVP awards. Starr’s statistics may not look outstanding by modern standards, but the game was different back then. Starr was the perfect leader for Lombardi’s Packers and earned his spot on this team with two strong performances.

RB: Jim Taylor—Taylor scored the first touchdown in Super Bowl history on a 14-yard power sweep in the second quarter of Super Bowl I. The Hall of Famer led all players in the inaugural Super Bowl with 56 yards rushing.

RB: Dorsey Levens—Levens ran for 61 yards in a winning effort in Super Bowl XXXI and then followed that up with 90 yards in a losing cause a year later. The versatile halfback also caught nine passes in those two games for an additional 79 yards. No Packers running back has gained more yards in Super Bowl competition than the Georgia Tech alum.

WR: Max McGee—Veteran wideout Max McGee wasn’t expected to play much in Super Bowl I, so he stayed out till dawn the night before carousing with halfback Paul Hornung. When Boyd Dowler was injured on the first drive, McGee came in and played a starring role in the Packers 35-10 win over the Chiefs. McGee caught seven passes for 138 yards and two touchdowns including the first score in Super Bowl history. The following year, McGee caught a key 35-yard bomb against the Raiders that helped set up a key score for the Pack.

WR: Jordy Nelson—Nelson had a coming out party in Super Bowl XLV against the Steelers, catching nine passes for 140 yards and the game’s first touchdown. After this outstanding performance, Nelson became Aaron Rodgers’ favorite receiver for the foreseeable future.

TE: Mark Chmura—Chmura played in two Super Bowls making six catches and scoring a touchdown. He also added a key two-point conversion against the Patriots after Desmond Howard’s kick return for a score that gave the Pack their final 35-21 margin.

OT Forrest Gregg—The Hall of Fame tackle was a key part of the Packers offensive line for Super Bowl I and II. He later became the first person to play in a Super Bowl and be the head coach of a Super Bowl team when he led the Bengals to Super Bowl XVI.

OG Jerry Kramer—The 2018 Hall of Fame inductee helped pave the way to the Packers first two Super Bowl victories. Kramer carried Vince Lombardi off the field after his final game as coach of the Green and Gold.

C Frank Winters—Winters was one of Brett Favre’s closest friends and protectors on the Packers 1996 and 1997 Super Bowl teams. He started both games and played well for Mike Holmgren’s club.

OG Aaron Taylor—The Notre Dame alum was a strong part of the Packers offensive line in Super Bowl XXXI and XXXII. Taylor was a talented pulling guard and was extremely good on screen passes and sweeps.

DE Reggie White—The late Hall of Famer set a Super Bowl record with three sacks in the fourth quarter against New England which prevented the Patriots from getting back into the game. The win in Super Bowl XXXI was the first championship of White’s career.

DT Henry Jordan—Defensive tackle Henry Jordan recorded nine tackles and 1.5 sacks for the Packers in the first two Super Bowls. The Hall of Famer passed away suddenly of a heart attack in 1977 at the age of 42.

DT Santana Dotson—Santana Dotson made 10 tackles and recorded one sack for the Packers while playing in Super Bowls XXXI and XXXII. Dotson was a key addition to the Packers defensive line in 1996 that helped make Green Bay’s defense the top-rated unit in the league.

LB Clay Matthews—Matthews made three tackles against the Steelers in Super Bowl XLV. He forced a fumble by Rashard Mendenhall on the first play of the fourth quarter that set up a touchdown from Aaron Rodgers to Greg Jennings that put the Packers ahead 28-17. It was a game-changing play that placed Matthews on this team.

MLB Ray Nitschke—Hall of Fame middle linebacker Ray Nitschke was a dominant player for the Packers in the first two Super Bowls. He recorded 15 tackles including a hard stop of Hewritt Dixon on Oakland’s first play from scrimmage that set the tone for the Green Bay defense in that game.

LB Brian Williams—Brian Williams played a very strong game for the Packers in Super Bowl XXXI. He recorded five tackles and intercepted Drew Bledsoe late in the fourth quarter to snuff out the Patriots final chance to get back in the game. Williams added five more tackles the following year against the Broncos.

CB Herb Adderley—Hall of Famer Herb Adderley recorded the first ever defensive touchdown in Super Bowl history when he scored on a 60-yard interception return in the fourth quarter of the Packers win over the Raiders. He also recorded five tackles in that game. Adderley also helped slow down Chiefs star receiver Otis Taylor in Super Bowl I.

S Willie Wood—Wood’s interception was the turning point of Super Bowl I. In the third quarter with the Pack leading 14-10, Wood picked off Chiefs quarterback Len Dawson and returned the ball 50 yards to the Kansas City five. Elijah Pitts scored a few plays later and the Packers had a secure lead. Wood also recorded 10 tackles in the first two Super Bowls.

S Nick Collins—Collins scored a touchdown on a 37-yard interception return off Ben Roethlisberger that gave the Packers a 14-0 lead in Super Bowl XLV. Collins recorded four tackles in the game against the Steelers.

CB Craig Newsome—Newsome had a key interception for the Packers in Super Bowl XXXI. It came midway through the fourth quarter and helped preserve the Packers 35-21 lead. Newsome finished the game with six tackles.

K Don Chandler—Chandler booted five extra points in Super Bowl I and then kicked four field goals and three PATs the following year against Oakland. Chandler’s field goal with one second left in the first half put the Pack ahead 16-7 at the break which made it a two-possession game and shifted the momentum to the Packers.

P Craig Hentrich—Hentrich had seven punts for a 42.7-yard average per kick in Super Bowl XXI. Two of those kicks backed New England up inside their own 20.  2 punts inside 20 average 42.7 on 7 punts.

RS Desmond Howard—Howard was voted the MVP of Super Bowl XXXI after accumulating 244 return yards. The Michigan alum’s 99-yard kickoff return in the third quarter put the Packers up 35-21 and gave Green Bay back momentum after the Patriots had pulled to within six points on the previous play.

Coach: Vince Lombardi—Lombardi is the only coach to win two Super Bowl titles for the Packers. The championship trophy is appropriately named in his honor.