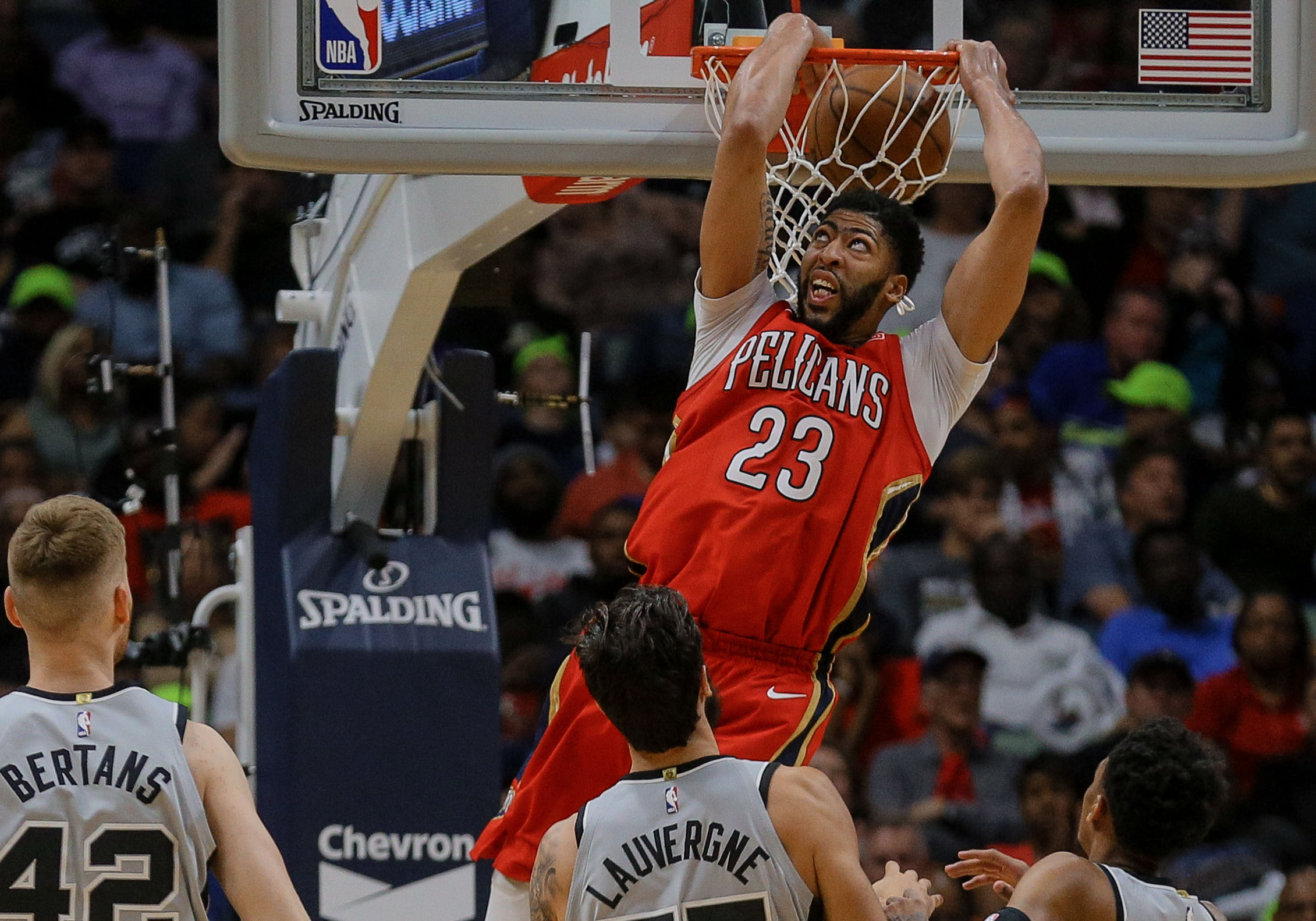 New Orleans, LA- The New Orleans Pelicans hosted the San Antonio Spurs in The Smoothie King Center Wednesday night in what had the makings of an awesome game. The Pelicans having already clinched a playoff berth were now looking to finish out the season with a win to further increase their chances of moving up in seeding.

The Pels started the game of with a pretty competitive first quarter as both teams played very well but the tables turned in the second. New Orleans were able to completely dominate the Spurs 34-17 in the second period by the halftime, the Pels behind the solid play of the big 3 were winning 61-43.

The Spurs tried to make a run in the second half behind their bench who scored 58 points. San Antonio’s top player forward LaMarcus Aldridge struggled with 11 points and 5 rebounds in 23 minutes.

The Pelicans played very well cleaning up The Spurs in fourth and closing out with a blow out win 122-98. Anthony Davis offensive game wasn’t completely there as he finished with 22 points 15 rebounds 4 blocks in 35 minutes.

The Pels new Big 3 along with AD were guard Jrue Holiday who led the game with 23 points and 7 assists. Nikola Mirotic posted 21 points and 15 rebounds while playing 34 minutes.

New Orleans finish out the season series 3-1 while winning five games in a row. The Pelicans played excellently as a team with guard Rajon Rondo who threw in a double double, along with contributions from Etwaun Moore & the bench.

New Orleans (48-43) finished the regular season on a five game winning streak and are playing like a team on a mission. The Pelicans who are the 6th seed will match-up with #3 seeded Portland Trailblazers in a best of seven. The Trailblazers will have the home court advantage in the series and remember both teams split the season series 2-2.

The Pels were exciting this regular season as we had to deal with ups & downs of all sorts but this team stuck together. The mental fortitude of New Orleans shouldn’t be discounted everything from losing beloved owner Tom Benson to death to the DeMarcus Cousins injury.

Anthony Davis said it himself that making the playoffs isn’t enough “We need to win a few series” Davis said. I definitely believe the Pelicans if the regular season is any indication the Playoffs will be electric also.