The Sabres Deadline: Another Dud by @evancdent 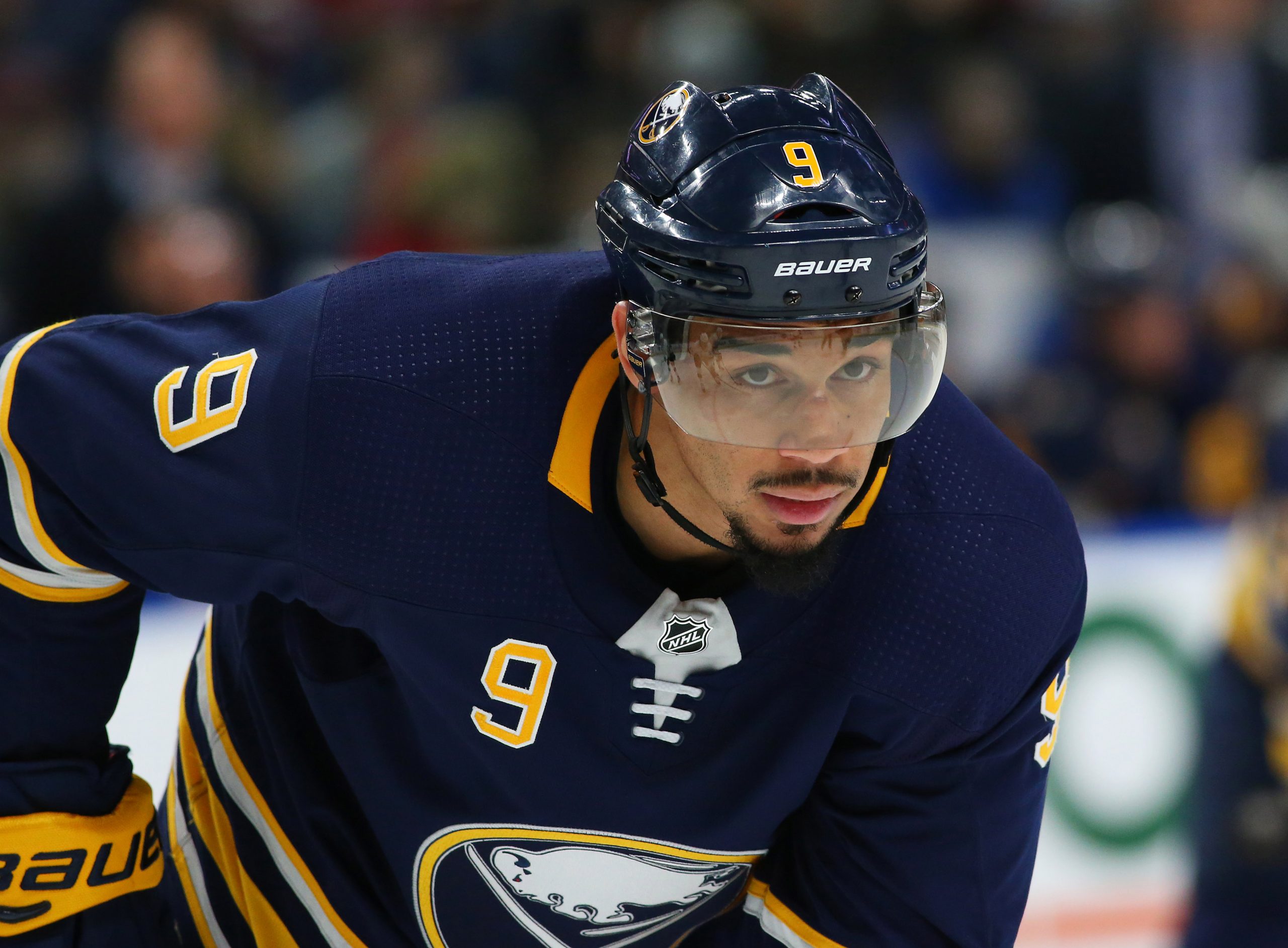 As the hours ticked away towards yesterday’s NHL trade deadline, I felt a curious mix of excitement and foreboding. The Sabres had one of the bigger pieces left on the market in Evander Kane, and Rick Nash, another rental winger, had netted a big haul just the day before. Kane is younger, has better boxcar stats than Nash this year and over the past two seasons, so it wasn’t hard to envision the Sabres getting a similar or better return. At the same time, though, reports around the league were not promising: teams kept dropping out of the discussions for Kane, and the Sabres’ price for him seemed to be rapidly driven down by whispers of ‘character concerns’ and Kane’s paltry point total over the past couple of months. Jason Botterill’s initial media ask for Kane – a first round pick, a high-end prospect, and a roster player – had looked silly for months, and by 2 PM, I was just hoping that he could get one of those things for Kane.

In the end, he pretty much got none of them. The San Jose Sharks picked up Kane for a conditional 2019 first rounder, a 2019 or 2020 fourth rounder, and prospect Dan O’Regan. Not only does it sting to not even get this year’s first round pick from San Jose, it probably won’t be a first rounder at all: the pick stays a first rounder only if the Sharks win the Stanley Cup – ha! – or if the team re-signs Kane. Sharks beat writer Kevin Kurz thinks the team will want to resign Kane, which is a good sign, but it takes two to tango, and Kane signing anywhere else would give the Sabres a second rounder. It’s not nothing, but it’s also not something to hang your hat on. The fourth rounder is nice to have, but also ain’t much. O’Regan is far from a high-end prospect; he could make an NHL impact like his college linemate Evan Rodrigues, but it’s hard to expect much more than “decent depth forward, AHL all star” from him.

We don’t know what offers Botterill had on the table, whether some team had offered a true first round pick months earlier, or whether this pu-pu platter was the best Botterill could get. He claimed it was the only legitimate offer out there, and, in some ways, his hands were tied: teams knew he had to trade Kane, and Kane’s off-ice reputation, whether fully fair or not, could easily be held against him. But I think it’s fair to be disappointed in the return, and to have the sense that Botterill didn’t do enough over the past couple of months – Kane has been on the block for quite some time – to build up his value. Negotiation is a skill, building relationships with other teams is a skill, and playing hardball is a skill; Botterill didn’t seem to use any of those skills in this deal. I’m way past the point of blindly trusting the ‘new guy’ in this organization; Botterill and Housley don’t have a ton of rope, fairly or not, and they’re going to have to earn trust with their moves going forward.

Beyond the move that was made, what about all the ones that weren’t? You’re telling me that not one of Robin Lehner (who reportedly asked for a trade), Josh Gorges, or Benoit Pouliot could’ve netted a late round pick? If the rationale for the Kane trade is that they had to get whatever they could for a pending free agent, why wasn’t that extended to the other UFAs? The Sabres have enough defensemen at the NHL level to replace Gorges without disrupting the Amerks roster; maybe not so much for the forward group had they traded Pouliot, but it’s hard for me to square the fact that there wasn’t even a whisper around those guys for the entire day.

So, we’re at the same place we’ve been since about, well, October, when any remaining early season optimism faded away: there’s a lot of work to be done to even get back to the playoffs, and we have no idea if the right guys are in place to do it. The trade deadline didn’t do anything to assuage those fears.