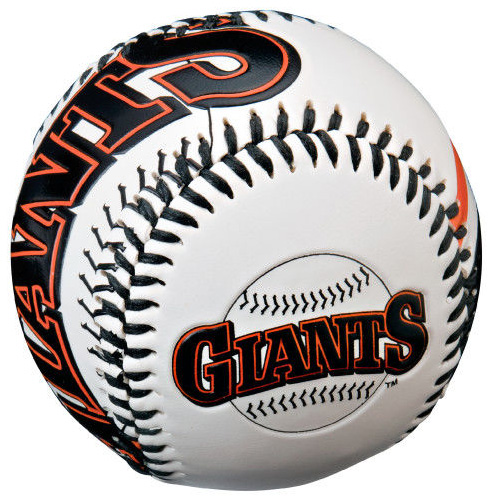 I don’t know if the guy who originally created the 2021 MLB season schedule was given money, land or cattle but the San Francisco Giants somehow managed to get one of the easiest rides a team could possibly want to begin a season.

As of May 6th, they haven’t played one of their 19 scheduled contests with the Los Angeles Dodgers and only six of the 19 games slated against the powerful San Diego Padres.

In fact, San Francisco has built their current 18-13 record on the following: 9 games with the Colorado Rockies, 6 games with Miami, 3 games with Seattle, and 3 games with Cincinnati. Those 21 games with less-than-lethal teams took up 68% of the 31 games the Giants have played so far in 2021.

And give Manager Gabe Kapler and the Giants full credit. They’ve turned that scheduling advantage into a winning record, which is exactly what you’re supposed to do if your plan of attack involves finishing the year north of .500.

But it’s those pesky other 131 games looming over the next four and a half months of baseball that will really test the San Francisco Giants.

Fully 83 of those games (63%) are against the following franchises:

And watch out, because you can bet these expected-to-contend teams will look at their remaining games with the Giants as a golden opportunity to gain ground in their respective Divisions.

In the face of this rest-of-the-season monster stalking the Giants, San Francisco’s front office brain trust will have to decide whether or not to cash in some of the very assets that have contributed to their strong 2021 season start.

Going the other way, doubling down on what they have at a time when the franchise is just a couple years from a clean restart, is going to be a very tough sell for President of Baseball Ops Farhan Zaidi.

The mid-season MLB trade deadline is almost always a sellers’ market, with desperate (and semi-desperate) teams looking for the final pieces of magic that will transport them to October baseball. Stay tuned campers because it should be a fun ride.

Those tiresome, out-of-date San Francisco Chronicle sports columnists are at it again. Although their actual shelf-life expired in 1978, the Chronicle’s baseball scribblers have the zombie-like ability to rise up, climb over their typewriters and roam the land looking to shoo unruly kids off any possible front lawns.

In a recent column the loudest of the Chronicle roamers, Bruce Jenkins, managed to disagree with himself several times, passing the previous single column record.

Jenkins stated “It’s no longer enough to simply enjoy the game. Baseball is all about change now, with the game’s brain trust immersed in experimentation.”

This was all about Jenkins’ dislike of the predominance of infield/outfield shifts in the game today. His solution? Ban the shifts and for the first time in MLB history create new rules to limit exactly where infielders can stand on the field.

Because never in the 145-year history of baseball have there been any rules directing where infielders and outfielders should stand, or that have limited their movements. Never.

Jenkins, and other grumpy luddites, desperately want to see more singles and fewer home runs; they want to limit exceptional pitching and defense and add more bunting. They are perplexed why teams have stopped trying to steal bases the way teams used to in the last century.

It’s funny, I guess it never occurs to people like Bruce Jenkins that with the extensive information we can now access through advanced analytics, questions like “does trying to steal bases score more runs than not trying to steal bases?” can now be answered with actual empirical evidence instead of old timey opinions.

And the answer is… no. Decades of results have shown that base stealing creates more outs and fewer runs. Which, as I recall, is the opposite of what one is looking to do when playing the grand old game.

They do want a faster game pace and several recently applied rules have contributed to that, like the three-batter minimum for relief pitchers. Adding a pitcher’s clock and automated umpires would also speed up the pace— so let’s hope that gets done sooner than later.

As for those who want to turn the game’s clock back to that long ago time when they were actually following the game on the field, I have a suggestion. Pay more attention to the 2021 game on the field, because it’s obvious you’re missing a lot of really great baseball happening right in front of your eyes.