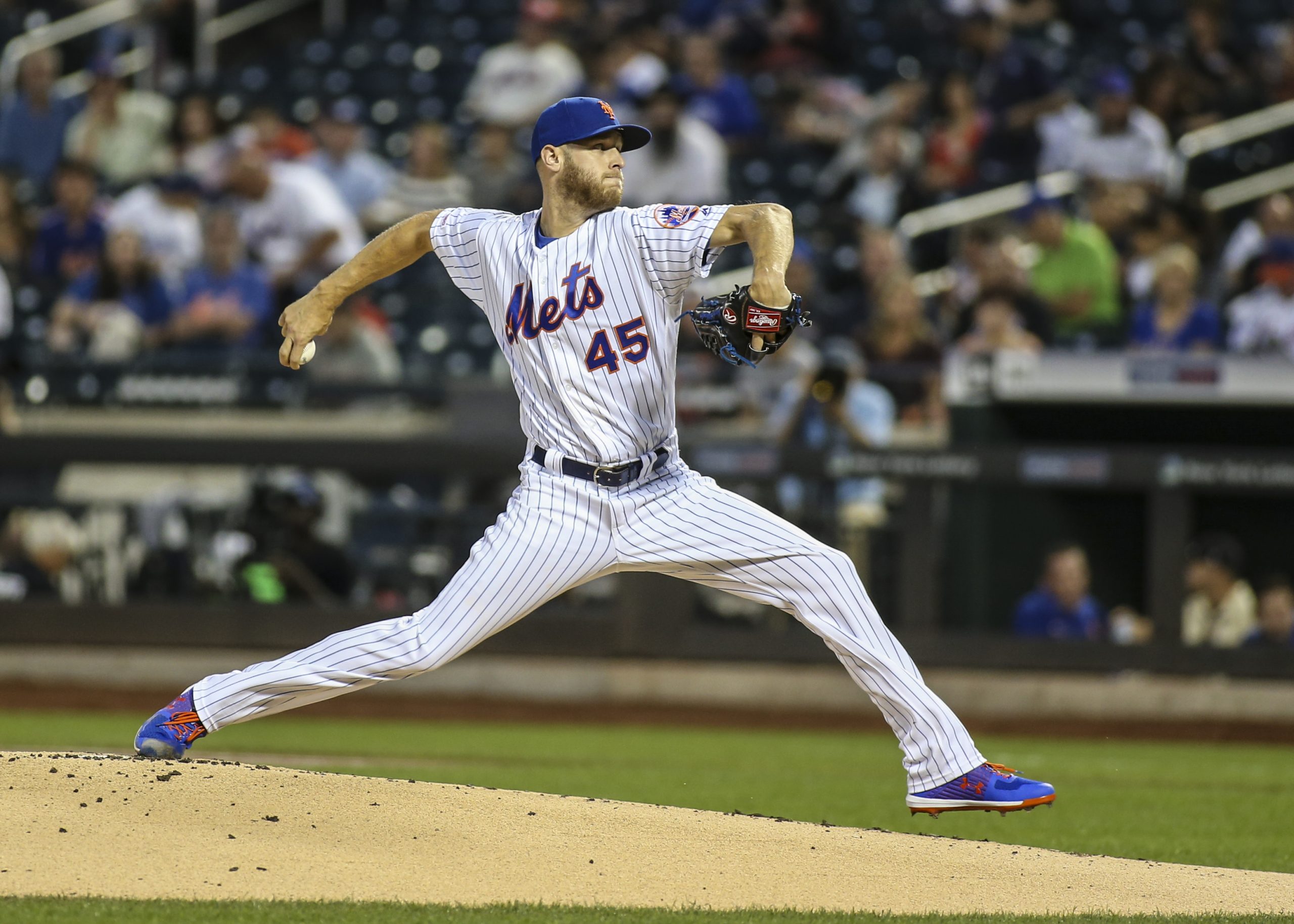 Not only was a great start by Zack Wheeler wasted, but probably the most clutch start of Wheeler’s career was wasted.

If you remember last season, Wheeler lost a game when he gave up a grand slam to Cody Bellinger on an 0-2 pitch where the location missed badly. Wheeler also tried to throw three straight fastballs by Bellinger which made the missed location more deadly because Bellinger had Wheeler’s timing down. So now fast forward to tonight where Brandon Nimmo provided the offense for the Mets with a two run triple, and Wheeler was clinging to a 2-1 lead. He had struck out two batters when he was facing Bellinger again … in the sixth, again.

Instead of trying to blow by Bellinger with three straight fastballs, Wheeler sticks a slider right on the inside corner for strike one. He gets a break on strike two on a 97 mph four seamer inside. Then he goes back to the slider and buries it for ball one, no harm no foul. Then the mistake comes on a middle/middle four seamer. But it’s okay because the sliders messed with Bellinger’s timing and all he can do is foul it off because he doesn’t know exactly what’s coming. Wheeler then finished him off with an absolutely brilliant two seamer off the outside corner which Bellinger fished at but had no chance. That was the one. Wheeler pitched a scoreless 7th which was masterful, but the strikeout of Bellinger almost had me act like a proud papa because Wheeler had made so much progress from the grand slam to tonight that it almost felt like graduation.

Unfortunately, the tough part of the bullpen couldn’t hold the 2-1 lead as the Mets couldn’t expand on said lead in the 7th when they had two runners on and one out but Nimmo and Amed Rosario struck out. Justin Wilson walked the leadoff batter in the 8th which scored on a Chris Taylor double. Then, Seth Lugo gave up a two out hit in the 9th to Jedd Gyorko, who scored the tying run, which brought in the winner and let the air right out of the ballpark. The Mets could do nothing in the ninth against Adam Kolarek and Kenta Maeda and dropped a 3-2 heart breaker to the Dodgers.

Four back with 13 to play. They’re right on the cusp of falling off the cliff for good in 2019. They have three zombie teams coming up for ten games and they need to clean up and hope that they get help from the Reds, Cardinals, and the Pirates who have replaced their Jolly Roger with a surrender flag. The bad news is that the first game in Colorado will likely be played without Lugo and Wilson. Unless Steven Matz comes up with the performance of his life, the Rockies might score 47 runs tomorrow.

The Mets like to market miracles. Now they’ll have to actually deliver one over the next two weeks.