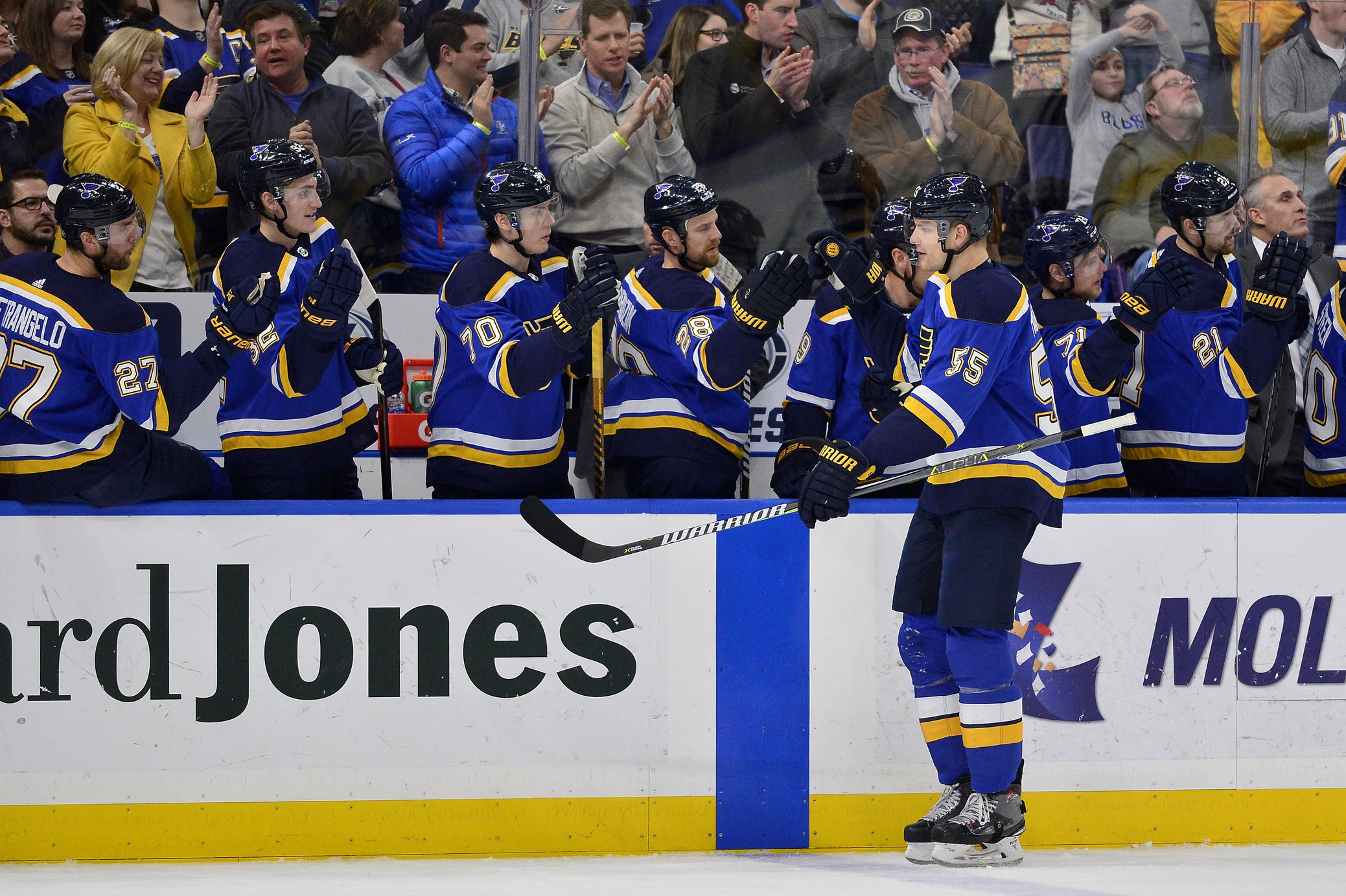 Each year, James Mirtle compiles a fascinating article looking at the average heights, weights and ages of each team in the NHL. That article, which you can/should read here, shows that the St. Louis Blues are one of the largest teams in the league.

For what it’s worth, goalies aren’t included in any of the statistics below.

Before getting into size, let’s look at average age. The Blues have an average age of 27.8, which makes them the eighth-oldest team in the NHL. By comparison, the Detroit Red Wings are the oldest at 28.9 and the Colorado Avalanche are the youngest at 25.0. The NHL’s average age, as of the date of Mirtle’s article, is 27.1.

In terms of height, the Blues are the second-tallest team in the league. Measuring in at an average of 73.9 inches (or about 6’1″ and a half), the Blues are only shorter than the Winnipeg Jets (74.1). The average NHL height is 73.1 inches.

Weight is another area where the Blues succeed, clocking in at an average of 206.6 pounds. They’re the second-heaviest team, trailing the Dallas Stars who have an average weight of 207.1 pounds. The average NHL weight is 200.7 pounds.

Summarized, the Blues are a very big team. You can thank Colton Parayko for chipping in on both height and weight with his towering 6″6″, 230-pound frame.

The fact the Blues are a big team is one fans may already know, but it may not be obvious just how big the Blues are in comparison to the rest of the league. Because of that fact, it’s incredibly frustrating when the Blues play timid, scared hockey and look like they don’t want to throw their weight around. Statistically, it should be one of their assets that helps set them apart. They should try and use that second-best height and weight to the best of their ability and make teams dread playing them.