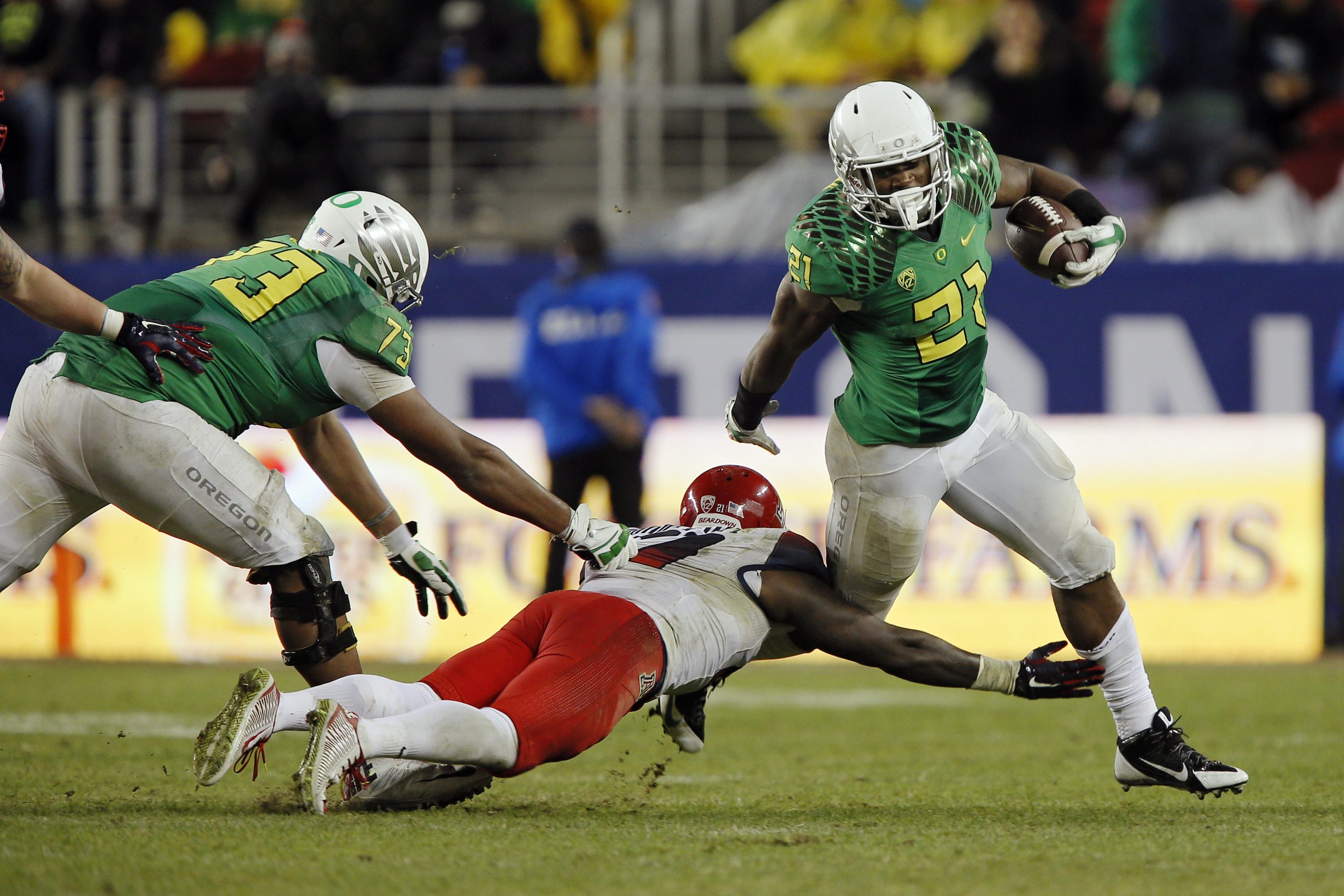 Cynicism is a disease, deadly and invasive.

It slowly corrodes the collective heart of a fanbase until it becomes lifeless and barely able to move. It constricts the throat, the lungs, and worst of all, the capacity to believe.

Over time, sufferers are listless and disinterested. Their appetite dulls. They lose their juice.

People who lose the capacity to believe in things, to trust things, to envision possibilities, find it becomes a habit. It skews their energy. It begins to define their fundamental outlook.

Ultimately, being a fan means loving something and giving yourself over to expecting great things. It’s only sports, but it’s a vital exercise of humanity to be moved to hope.

One of the most subtle and destructive things Mark Helfrich did as a head coach was that he would regularly mock enthusiasm. It was a nervous tic of his, that wry, self-deprecating humor, but as the season turned sour the reflexive tendency to couch things in disclaimers and caustic asides felt increasingly brittle and off-putting.

It betrayed a detachment within the Hatfield-Dowlin Center, a fundamental arrogance that really showed a lack of respect for the sport itself.

The coach didn’t believe, so why should we?

Meanwhile the staff that accomplished so much over the last 30 years had calcified in their habits. It spilled over to recruiting, where they made a poor adjustment to social media and a new generation of athletes.

A story circulated that one Oregon coach left abruptly during a recruiting visit because the kid was on his phone.

A few of the longtime assistants had become get off my lawn guys after 25+ years on the job. Their investment slipped. They’d forgotten how important it was to relate to players and gain their trust.

They’d become too clinical and set in their ways.

After the coaching change Andrew Nemec of the Oregonian wrote that the Helfrich staff would make offers with the attitude, “We’re Oregon. Now you should recruit us.”

That approach only works if you are truly exceptional.

A local sports columnist has been openly skeptical about the Willie Taggart hire and Oregon fans unabashed gushing over Taggart’s whirlwind first three weeks in his new office.

He took to Twitter over the weekend and said, “The Taggart honeymoon is cute.” Oregon fans would surely turn on the new coach if he has a losing season, he posited, and if they were being consistent they should say “he’s winning with Helfrich’s recruits” until 2021.

While fandom needs to get called out about our excesses and short attention spans, the skeptical pundit completely missed the point about the Taggart movement and why it’s so refreshing.

For Oregon football to be great or even interesting, it has to be different. There has to be vision and energy, innovation and verve. We’re in the rainy Pacific Northwest. We’re not going to succeed just on fancy uniforms and a nice building. It takes a culture, character and effort, to make it special.

Instead it had grown stale and unappetizing in the last two years, and desperately needed a reset. The program was no longer unique, just loud and flashy and over hyped. The mantras had lost their meaning. The culture within the program eroded. Players gave up, acted out, embarrassed the community and their families.

It wasn’t merely that the Ducks went 4-8. It was the way they did it. It was the message and the manner and the erosion of leadership, the breakdown of values, trust and commitment. A contract had been rent in two.

I sat in the stands at the end of the third quarter of the Stanford game and watched them empty around me. This was awful. Just six years ago on this same field a capacity crowd roared as LaMichael James bolted for an 76-yard touchdown to cap a 52-31 victory, part of a 12-0 regular season.

The conference had improved around them, but how had the fundamental character of Oregon football fallen so far and so fast? The effort wasn’t there anymore. There were no Jeff Maehls or Kenny Rowes on that field, or their voices were being drowned out by the lack of leadership around them.

From his initial press conference it was immediately and emphatically clear that Willie Taggart was the right coach for Oregon football.

He won’t go 12-0 every season, but he’ll give a 12-0 effort, and he’ll surround himself with players and a staff that will do as well.

One of the best things the South Florida native did on that first day meeting the UO community was to recognize and embrace the passion people have for Oregon football, to invite it.

In the 15 days since he’s stolen away the conference’s best defensive coordinator in Jim Leavitt, scoured the country for recruits, landing 4-star defensive back Thomas Graham from California and speedy 3-star athlete Darrian McNeal from Florida. Tyrell Crosby and Royce Freeman announced they would be returning for their senior seasons. Three and four new offers go out every day.

In a statement released by the football office about his return Freeman said, “The prospect of playing for Coach Taggart my final year here was certainly a factor in my return. His enthusiasm and vision for this program are contagious. I am certainly excited to be coached by him and enhance my development.”

Freeman also thanked Helfrich and longtime Oregon running backs coach Gary Campbell for their contributions to his success, though neither will be back in 2017. With 4146 career yards, the senior from Imperial, California ranks second all-time in rushing as a Duck, behind LMJ’s 5082.

Campbell’s replacement and the rest of the new coaching staff will be announced after their bowl games are over, including several from the South Florida staff he employed at his last stop.

Taggart’s enthusiasm and energy are infectious. More importantly, they’re authentic. It’s the core of his personality, the way he does business and approaches his life.

Taggart’s going to infuse the culture at Oregon with his brand of discipline and accountability. Instead of detachment, there’s going to be tough love and honest emotion. There’s going to be a commitment to doing something and getting people to buy in.

Oh, and fans have been invited to spring practice.

Once again, it’s possible to expect the Ducks to achieve great things. There may be seasons that they go 7-5 or 8-4. I can be okay with that, provided there’s effort and commitment. Don’t mock the game, or the people who love it. Play it with heart.

There’s nothing cute about the Taggart honeymoon. It’s a fanbase refusing to be mediocre and cynical. It’s the most important thing in sports, the truly lovely thing that sport can do.