The thing I got from high school 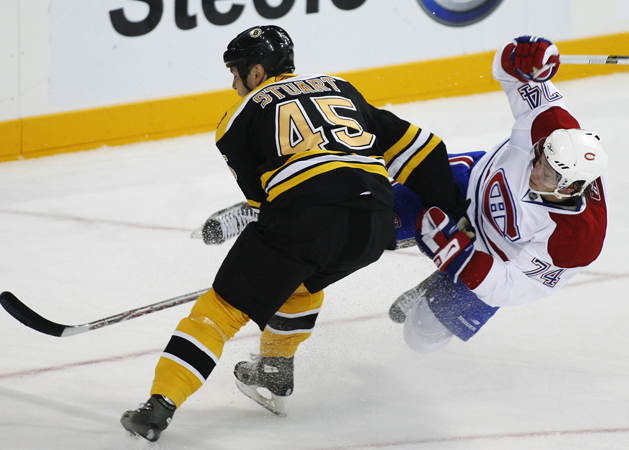 So, I am going to share a secret with you. I can’t skate. I am from Minnesota, I write on a hockey blog, but I can’t skate. My brother played through 8th grade, but I never did, not on skates anyays. Sorry.
What got me into hockey for the long haul was my high school. Back in 1999, and then again in 2001, my sophomore and senior years of high school, my school won the Minnesota State High School championship. To this day, those were the most exciting sporting events I have ever seen live. Hockey in Minnesota is akin to football in Minnesota, which certainly racheted up the energy. I don’t really talk to anyone from high school, but I still have hockey.
Why do I bring this up? Because my school, who has since moved up to join the large schools in the tournament, just won their first 2A championship last weekend. Congrats, Benilde-St Margaret’s! Look at what you’ve done to me!

You may also have heard of Benilde this season because of Jack Jablonski, the Junior wo was paralyzed in December. For more on his story, plase read my posts over at Ice Insiders.