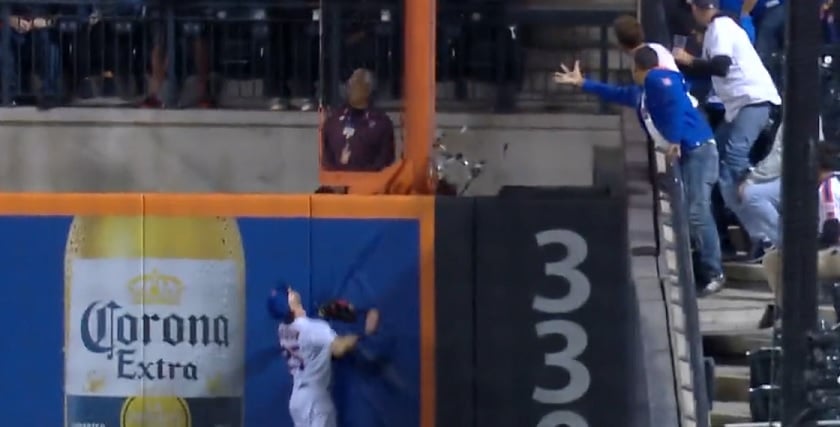 The Atlanta Braves have made it abundantly clear that you have to be perfect to vanquish them. I’m sure the Mets relish that opportunity. But they played far from perfect on Tuesday night and it cost them the outright division lead.

While Atlanta was squashing the Nationals, Carlos Carrasco was having one of his funky starts, giving up four runs on six hits and a walk in just three innings. Carrasco got the leadoff man but hit Miguel Rojas in the first before giving up two soft singles. A sac fly brought home the first run, and then another walk loaded the bases. With Jacob Stallings came up, the second run scored on a wild pitch. But in all honesty, James McCann looked like Ilya Bryzgalov going side to side and getting can openered with a huge five hole. I don’t even expect McCann to hit anymore, but his defense can’t go south too, and that was one he should have stopped.

Then in the third, Carrasco gave up a sky high dinger to J.J. Bleday to make it 4-0, and to Buck Showalter’s credit, he wasted little time getting Carrasco out of there, hoping Trevor Williams would hold the fort. It seemed that would happen when Pete Alonso crushed his 40th homer of the season, a three run shot in the 4th to cut the gap to make it 4-3 and begin the charge. But it fell apart in the top of the 5th. Williams gave up a double to Brian Anderson and then hit Garrett Cooper with a pitch to break his arm and end his season. After striking out Brian de la Cruz, Bleday hit a single to load the bases. Williams went 0-2 on Stallings, but then inexplicably put one down the middle for him to serve up for a two run single to make it 6-3. McCann was visibly upset after contact, which told me that he was upset at himself for calling that pitch since he wouldn’t show up his pitcher. So the question them becomes, why would you call for an 0-2 fastball? Because you didn’t block Carrasco’s ball in the first?

That was pretty much your ballgame, though it was fun watching Richard Bleier melt down to become the first pitcher since 1900 to balk three times against the same batter, bringing Jeff McNeil home to cut it to 6-4. Not as much fun watching Daniel Vogelbach take a pitch down the middle in the 9th inning when he’s known for his eye at the plate, but not having fun seemed to be the rule rather than the exception for a 6-4 loss. Games like this, along with two losses against the Nationals and three against the Cubs will be looked upon with scorn if the Mets go in as the wild card instead of the division leader. It would be a shame, as these Mets are definitely not your “same old Mets”, to borrow a term from the football team across the river (you know which one I’m talking about.) But this is not the time for any more games like this down the stretch. The only good news is that this Mets team, unlike the ones in the recent past, actually have a stretch to go down. But it won’t be easy.

Kevin Frandsen played Major League Baseball (or as the kids call it “the MLB”, but that’s another Hate List.) He’s now the analyst for the 53-101 Washington Nationals. If anyone would be able to provide insight as to what happens when a major league player gets hit by a pitch or 108, it would be Kevin Frandsen.

Instead, when Austin Riley got hit by a pitch on Monday, he used it as a chance to rag on the Mets.

Who's this clown on the Nats' TV broadcast taking the occasion of an Austin Riley HBP to take shots at Pete Alonso, Buck Showalter, and the Mets?

I attach the clip because I doubt anybody but me was watching a NATS TELECAST. #LGM pic.twitter.com/Eu1PzhHofC

The Mets broke the modern record of being bruised up by pitchers who don’t know what the hell they’re doing this season. Frandsen might remember being in the park for this one:

Nationals announcer just said you can’t throw in to Pete and he wears all the body armor in the world and still complains. Did he forget this? A game he was working ?? pic.twitter.com/SlVMvG9hfk

Over 100 times that the Mets have been hit by pitches, including the one above, and one where Francisco Lindor was hit in the head. The Mets have complained a total of twice. Once by Buck after the Lindor hit, and once by Pete which is probably the one that stuck in Frandsen’s head. Yet after Austin Riley gets hit, he takes the opportunity to drag Pete and the Mets when they weren’t even involved. MASN might as well have a fan in the booth that never played ball and never had been hit by a pitch because that’s what Frandsen acted and sounded like. I’ve never seen so many people be so triggered by the Mets now that they have real ownership and they’re not LOLMets anymore. People like Frandsen are struggling to find the right narrative, and it’s pretty hysterical.

Kev, stay classy. And keep my team’s name out ya f***king mouth. K? 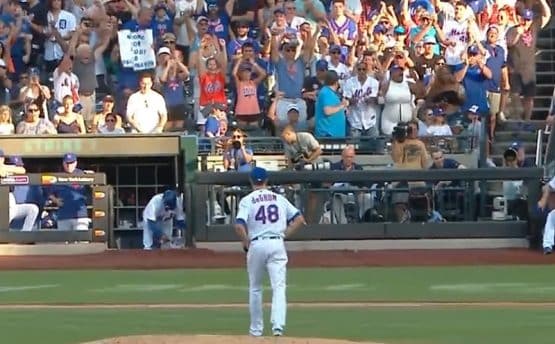